There’s nothing better than a good battle between two performers who are successful in their own right. Wrestling fans all over the world live for these matches and get emotionally invested with the characters in the square circle. This Sunday at IMPACT Wrestling Rebellion, Hall of Famer Gail Kim will face the toughest in the business, Tessa Blanchard. To Kim, experience is a key component in a bout like this.

“She’s 23 and I’m 42, and I have been in the wrestling business since the year 2000,” said Kim confidently. She added that although Blanchard may have strength on he side, having the knowledge of how to control an intense match is the only way to win. “I won’t lose my cool when things don’t go my way and [Tessa] has only shown that she doesn’t know how to handle that.” Kim has been able to study Blanchard’s technique since she made her IMPACT debut almost a year ago.

“Her wrestling style is very similar to mine was before my injury,” she continued, “but I’m just going to have to use my quickness and my intelligence over her strength and freshness.” Kim will also have the sense of comfort as an added bonus, as Rebellion will take place in her hometown of Toronto, Ontario, at the Rebel Entertainment Complex down on Lake Ontario.

“What a mix of emotions. I didn’t know it was going to be in Toronto and when they told me I was thrilled,” said Kim. She will be surrounded by her family and friends who are looking forward to watching her perform after taking a year off from grappling. “I’ve been busting my butt for over a month, maybe two, just trying to get ready for this match.” Kim explained that this is one for the generations and the two do possess some comparable qualities, making the bout that much more intriguing. 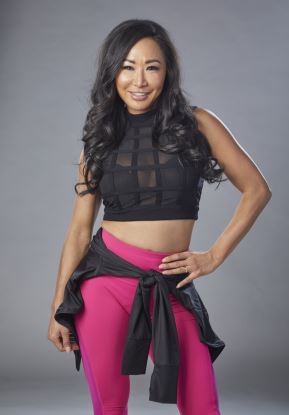 Tessa must agree, as Kim revealed that the young woman wanted to wrestle her from the time the two met. “We both have the dedication and the passion to be the best and the passion for the sport. I just want to show everyone that I can hang with this girl who is a phenomenal athlete.” What’s also different about this match is that these two have never been in the ring with each other before, which is not something very common in wrestling.

“We haven’t ever touched each other before what you’ve seen with IMPACT Wrestling on television, another thing that makes the fans more interested in this match,” she continued, “a lot of match ups you’ll see these days, you’ve already seen everyone go up against each other.” Both Kim and Blanchard are going into this battle with the same concept in mind: to teach the other a lesson.

“I know she thinks she can teach me a thing or two, but I know the only way that she will ever learn that she’s not better than me is in that ring.” Kim added that when she wins Sunday night, it will have a huge impact on Blanchard’s mindset for future match-ups. “Any match that I’ve ever lost, whether it was significant or not, had some sort of affect on me.” She said that when Blanchard is defeated, it will be a shock to her system and one that she will carry with her. “She’ll reflect and think, ‘Wow, maybe I’m not as good as I thought I was because I lost to someone who is retired,'” Kim said with a chuckle.

No matter who comes out victorious at Rebellion, it will be a great moment for women’s wrestling. With two wrestlers who are ruthless and known to fight to the very end, it will surely not be one to miss.

Tickets are still available at IMPACTWrestling.com or you can stream the live Rebellion three-hour event on Fite.tv starting at 8pm EST.