Being a part of the Being The Elite YouTube channel, Kenny Omega has had a lot of say about what gets revealed about his personal life and his career. But when he agreed to do a documentary on his life — debuting Wednesday, March 27th on TSN — he had to give up control. It wasn’t an easy task.

The result is the captivating Omega Man – A Wrestling Love Story, airing at 7:30 p.m. ET, as a part of TSN’s Engraved on a Nation series. 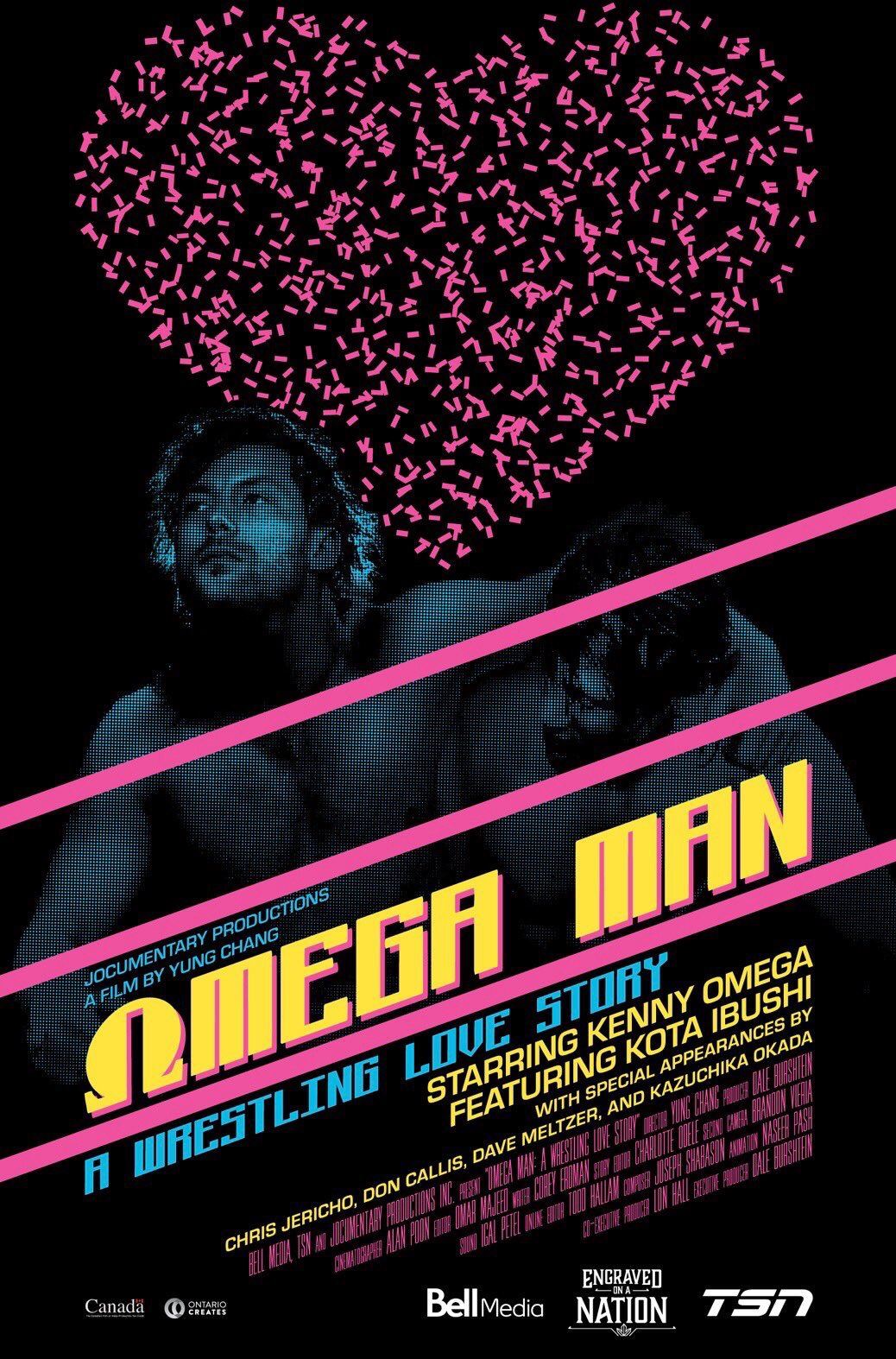 “Usually I’m sort of the director of my own story, so to leave it in the hands of a group of people, and also trust that the people that were with me were going to take good footage and get the right angles, take the flattering angles,” Omega told SLAM! Wrestling on Tuesday afternoon, near the end of a “packed schedule” of media promotion for the film.

He’s still trying to make sense of it all.

“I never thought at least at this point in my career, that I would be one day away from my documentary releasing. And a documentary that I haven’t even seen yet, so I’m just waiting in anticipation,” he revealed. “I was nervous, I was scared, there’s butterflies and all that, but now that we’re getting closer and closer, people have all these advance screeners are telling me that it’s actually pretty good, so I guess I’ve got nothing to worry about!”

Yung Chang is the director of the hour-long film, and Jocumentary Productions Inc. put it all together.

Pro wrestling always has cameras around, so he was comfortable with that aspect, but the extra attention took some getting used to.

“We’d done similar things with New Japan for a series called New Japan World and On the Road, but because it wasn’t for a wrestling promotion, it did feel kind of strange,” he said. “These are people that I hadn’t met before, I’d never seen them at any point in time, up until originally meeting them. All of the staff, none of them were familiar with what I had done in the ring, or in my career as a wrestler. Some of the production crew, of course they knew who I was; Corey [Erdman], who did a lot of the interview sections, he knew about me and was knowledgeable. But to be followed at all times by this crew and not knowing who I was, what I was doing, what I was going to do, how I liked to live my life. I don’t want to call it strange, it was just different.”

A documentary is very different than what he did for New Japan. “If it’s something that’s designed for a wrestling product, I kind of understand how the editing process is going to go down. But this is a case where, I’m not sure if this footage is going to be used or how the footage they do take is going to be compiled. It was all just the great unknown.”

There’s some great footage too, from his early days as Tyson Smith in Winnipeg, to a wacky battle at a rural Manitoba cottage that foreshadowed some of his even wackier DDT action in Japan. “My old footage is pretty well organized. It’s all labeled and stuff. If they wanted something specific, it’s all there on a shelf,” he said. 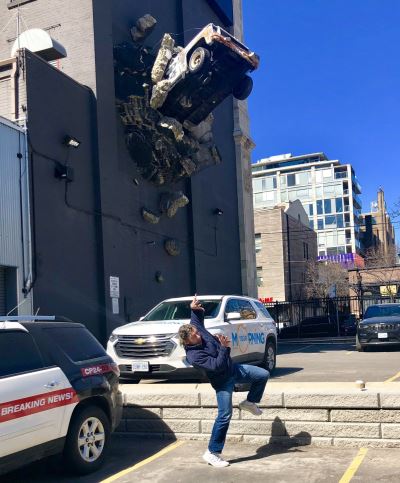 Kenny Omega outside the CTV studio in downtown Toronto on Tuesday. Twitter photo

There are the usual interviews from people who knew him growing up, including a funny bit with his parents, as well as a wealth of wrestling names, from Chris Jericho and Don Callis to Japanese superstars Kota Ibushi and Kazuchika Okada. Much of the documentary centres around his relationship with Ibushi, the “love story” part of the title.

Omega wishes they could have found Haruka, the eight-year-old girl that he famously fought in DDT, in time. “I was really hoping we could track her down and get a comment from her, but she had left pro wrestling a while back,” he said. “I’d actually reconnected with her, but it was too late for the film.”

His time in WWE developmental is touched upon too, though no one from the company, such as trainer Jody Hamilton, is on camera talking about the one that got away.

“No one would want to take my side, to put it lightly,” chuckled Omega of his time in Deep South Wrestling. “The thing is, I don’t even think I said anything derogatory. As of right now, I look my experiences there as something that really helped me take the next step. Of course, at the time, not very fun, a lot of bad stuff went down, but it gave a better look into that world and it allowed me to, it was a journey of self-discovery: What are my limits? How do I react in those situations as a man? I wouldn’t have known if it wasn’t for that. Also, if it wasn’t for that, I wouldn’t have grown an extra layer of skin to do what I did in Japan afterwards.”

All of it laid a groundwork for what was to come as one of the top stars in the world.

Yet, though he still calls Japan home and will be moving States-side for his role with AEW, where he is a vice-president and an active wrestler, Omega is still a hometown boy.

While nationally everyone can see him on Wednesday night in Omega Man – A Wrestling Love Story, those who are in Winnipeg can see him in person on Saturday night, March 30th, at Premier Championship Wrestling’s 17th anniversary show at Doubles Fun Club, 20 Alpine Ave., with a 9 p.m. start.

He wants to give back to a promotion that gave him his first break and kept going under tough circumstances at times.

“For me, it’s important. I want to make it clear that it’s never stressful, I never feel like I’m at a risk of injury or anything. I’m giving back to a promotion that stuck around for me when they could have easily closed doors,” he said. “There’s still a small group of guys that are having fun with wrestling and I want to see them develop. I want to help them as best I can, even if it’s just by showing up to a show whenever I can, when I have the time.”

At one point during the interview, Omega dismissed New York City’s Madison Square Garden — home to next weekend’s G1 Supercard with Ring of Honor and New Japan Pro-Wrestling as just another arena.