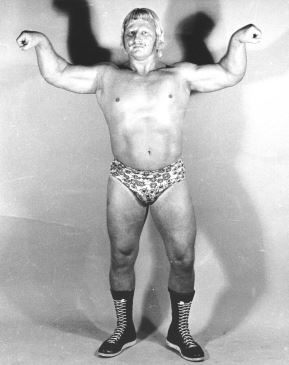 “Nature Boy” Kirby, one of pro wrestling’s greatest heels from the 1960s to the early 1980s, known for his great physique, blond hair, and handlebar mustache or beard, died on Monday, March 18. He was 79 years old.

During his career, he took on every world champion from Pat O’Connor on up. He made his mark in territories like Georgia, Florida, Oregon, Minnesota, and Kansas City.

The death was first reported by wrestling historian Scott Teal, a long-time friend of Kirby’s, after he got a call from Kirby’s wife, Lila. “He fell three weeks ago and broke his hip. In the hospital, they discovered that he had stage 4 pancreatic cancer. He contracted pneumonia and died today,” explained Teal online.

They were close through the years. “Roger and I traveled together whenever he came to Tennessee. At our reunion here in 2009, he stood up in front of everyone and told them that I had always been his best friend; and that I was the only person who stayed in touch regularly in the years after we got out of the business,” wrote Teal.

Willis Kirby, born December 14, 1939, learned pro wrestling under the tutelage of Dick the Bruiser and The Sheik in Indianapolis, not too far from his home of Dunkirk, Indiana. “Me having a halfway good body, and being a good athlete, they both fell in love me, and just requested my presence everywhere to do jobs for them,” Kirby once said. 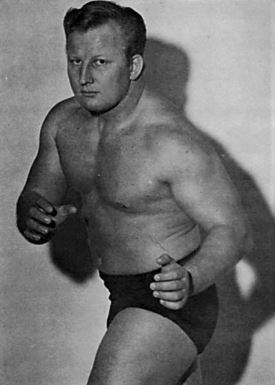 A Golden Gloves boxer who was “about halfway tough,” Kirby attended a wrestling show at his high school after he’d graduated in 1957. The heel team of Roy Shire and Ray Stevens were getting the best of Bobby Managoff and his partner. Managoff was being choked. “All my friends are there. All I could hear was ‘Kirby, Kirby, Kirby.’ There’s the adrenaline rush. I’m up on the apron, and almost pulled Bobby Managoff’s head off with the tag rope, because I ended up with the tag rope. Roy Shire kicked me upside the head, and when I hit the floor, it almost tore my ear off.” At home that night, his mother revealed that his cousin’s husband was actually a minor pro wrestler named “Cowboy” Dennis Hall. Kirby was at Hall’s doorstep that Sunday, and was soon wrestling as “Wild” Bill Baker. Four years later, he was working full-time.

Hall, Kirby and Les Thatcher were the “wrestling cousins” in their careers, and Thatcher posted, upon hearing of Kirby’s passing, that he was his “brother by another mother, my tag team partner, the guy that had my back, my traveling companion. we raised hell together, we drew money together, we laughed together, and shared so damned much,” wrote Thatcher. “All of us that were lucky enough to share a part of his life are better for it. Thank you for every minute we shared. Go with God as I know he will team you up with our cousin Dennis. Know that I will think of you often and relay some of our crazy stories from the road with so much love and respect.”

Stretching to make 5-foot-10, and having to jiggle the scale to crack 230 pounds, it was a constant battle to be noticed. “For as small as he was, he didn’t back down from anybody,” recalled Kansas City announcer Bill Kersten in The Pro Wrestling Hall of Fame: The Heels. “If he went to a bar and somebody challenged him, he’d accept it.” After explaining that nobody’s that big when they are lying on the mat, Kirby summed up his demeanor: “I was very aggressive because I was small, and I stayed in shape so I could be aggressive.”

To escape from being pinned, Kirby developed a regular routine where he’d get his foot on the ropes just as the count was hitting three. It would look like he’d been beaten, but the referee would acknowledge the foot on the ropes, and the match would continue. Sometimes, he’d pull off the same move three or four times in a single bout, infuriating the fans. It worked so well he earned the derisive nickname in Kansas City of “Bottom Rope” Kirby. 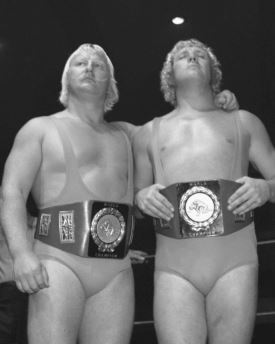 He just saw it as part of his job of making a living. “What made me a great heel was the ability to want to make money. The ability to make money was the willingness to look bad to be successful. I watched so many guys who wanted to be [big] and they’d eat guys up, beat ’em and squash ’em, and want to know why they weren’t drawing a thing,” Kirby explained. “It was the ability to make everybody look good, whether they were doing a job for you, or whether you were in the main event.”

Kirby also had an extended run in Mexico, time on top in Puerto Rico, and six trips to Japan, making him a real world traveler. Just don’t talk about South Africa. Bill Howard booked Kirby there, despite the dangers of Johannesburg in the early 1980s. “Kirby was there three or four months. All I got was a postcard from him. And on the postcard it said, ‘What a thing to do to a friend,'” laughed Howard, who had nothing but praise for Kirby, aside from his penmanship. “Roger was the best there ever was. Roger could work. Roger could do everything that they’re doing today, and probably even better. He had impeccable timing, his punches, his kicks, everything look good, perfect. He had the body, the looks, the arrogance. He should have made more money than he did.”

Kirby considers the pinnacle of his career his year-long run as NWA Junior Heavyweight champion. It was 1971, and Kirby had a couple of broken ribs. His wife was from Louisiana, and he went down there to recuperate. Attending the matches to see some friends, Bill Watts convinced him that he was the man to take over as champ while Danny Hodge went to Japan. He beat Hodge on May 20th in New Orleans, and held the belt until September 10th, when he lost to Ramon Torres.

Hodge called him a “first-class” hand, who knew how to get everyone riled. “He even got to me, just the walking, strutting, the showmanship was great,” said Hodge. “He had the right personality, the right actions, the right steps. He was the right man.”

As the Junior champ, Kirby worked an extended program with Tom Jones, whom he actually started out with in Indiana. “We sold out everything we touched,” claimed Kirby. “A lot of the places there would be maybe 100 white people and 2,000 black. Every night that I wrestled Tom, there wasn’t a person in that building that knew he couldn’t beat me. But I always worked out a finish to where I got my hand up, I kept the belt. We went back two, three, sometimes four times. We’d end up where it was in a cage or lumberjack match. The last match wasn’t a championship match, and Tom would always get his hand up to put Tom right back where he should be.”

By 1985, he just couldn’t do it any more. “Probably a couple of years longer than I should have,” Kirby said. “I tell people I had a 21-year paid vacation.” 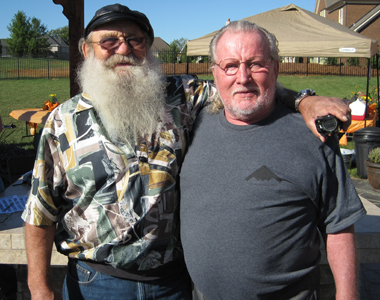 Gorgeous George Jr. and Roger Kirby at a Tennesse Wrestling Legends reunion in 2010, hosted by Scott and Angela Teal. Photo by Scott |Teal.

He briefly refereed for the WWF in Kansas City, and worked a few shots too in 1986, but gave it up. “I wanted to be remembered as a top wrestler.” For the next 21 years, he worked at the Kansas City Star, initially driving a truck and later worked as a carpenter.

Health-wise, he had many issues through the years. He had both knees replaced (he used a knee brace in the ring for years, and it made a convenient weapon as well), and both hips, as well as his shoulders.

The Cauliflower Alley Club presented Kirby with a Men’s Wrestling Award in 2010.