One of the toughest challenges one must face in any sport is adversity. Being constantly told that you aren’t good enough to compete with the others and that you will never be able to achieve success can beat you up more than any opponent. Others may tell you that you’re too short to wrestle and that you’ll only ever be the one who makes everyone else look good. This is what Downtown Denny Brown endured during his career. 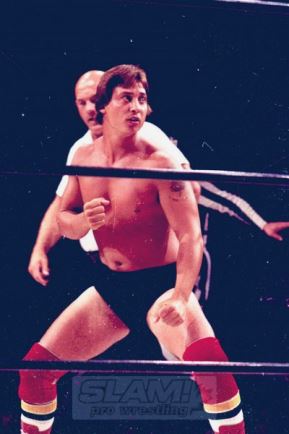 The former military veteran was known as a “jobber” for most of his time spent in the ring, but that doesn’t mean he sees this term in a completely negative light. “[That] word is a made-up name. Just because you’re going out there and getting beat every night doesn’t mean you’re never good. If I’m working every damned night I don’t care what you call me, I’m getting paid,” Brown told SLAM! Wrestling.

He revealed that others he knew couldn’t make a living with wrestling alone, that they needed a second job to stay afloat. This grappler, however, was not one of them. “If you’re working every day then you’re making money every day and if you’re not, you have to go out and find another job. Well, I didn’t have to go and find a second job,” said Brown.

Wrestling wasn’t always a full-time gig for Brown. He attended welding school in St. Petersburg, Florida, after he completed his military duties. The lack of work then led him to Knoxville, Tennessee, which gave him no luck either. “When I got there, I went to the boilers union but they wouldn’t have [me] because I am not from Tennessee. So that put me out on the street a little bit because I was unemployed. I had nothing to do,” Brown said.

That’s when he turned to professional wrestling.

Brown’s uncle put him in contact with wrestling pro Rick Conners, who was willing to sit down and discuss potential opportunities. This was one of the many times that Brown was told he was on the small side.

“Downtown” began training at the University of Tennessee on a trial basis. He was guided by Conners, who helped him develop his skills and in-ring style. Eventually, Conners brought in a few others to wrestle against Brown and then gave him the ultimate test — going face-to-face with Conners himself. Once he was able to contend with Conners, Brown was given a spot in the sessions. “Conners told me to come back every week and I did that for about two years.”

The start of Brown’s career was a bit rocky, but he was doing everything he could to make it work. “I went back to my job welding and did TV once or twice and then I wasn’t able to go because I had a regular job. I ended up doing TV about once a week. That may be where the term ‘jobber’ comes from. Because I went down and did TV and couldn’t do anything else,” Brown said.

After traveling back forth, Brown came to the realization that he couldn’t wrestle without the risk of losing his regular job. He then decided to step away from the ring. However, Eddie Graham, booker and promoter for Championship Wrestling from Florida, wouldn’t let Brown get away that easy.

He called him multiple times, begging Brown to come back. “Eddie told me that if I could come down and do TV he’ll pay me double than what everyone else got. I told him it would be tough because I could lose my job and sure enough I went back and lost my job.”

It wasn’t too long before Graham offered him a permanent place on the card. Brown did not take this opportunity lightly and worked day and night to practice and improve. The better he got, the more that he was seen as a fighter.

“When people saw that I could actually get people over, it gave me credibility,” he continued, “It was quite a feat for me after being told three times that I shouldn’t be in the industry because I was too small. But once they saw me work, it brought me to a whole other level.” 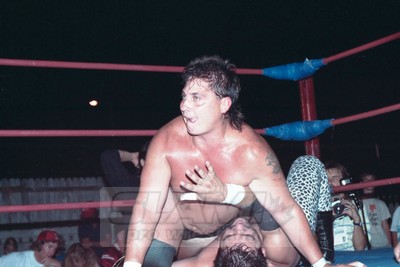 Brown met many wrestlers throughout his journey, and some saw his potential and took him under their wing. Two of those grapplers were Mike Davis and Mike Rotunda. Davis (later of the Rock’n’Roll RPMs) was a product of Eddie Graham as well, who gave him his start in CWF. He was also a member of Kevin Sullivan’s Army of Darkness, who was a booker for WCW. Likewise, Mike Rotunda was a part of Sullivan’s Varsity Club when he turned heel after being affiliated with the National Wrestling Alliance. His two sons have made a name for themselves in the WWE as Bray Wyatt and Bo Dallas.

It was Davis, who died in 2001, that took it upon himself to ensure that Brown was soaking it all in each night. “He told me, ‘If I don’t ever see you [out by the ring] with a chair watching the matches and learning, I’m done with you.'”

So, Brown did. “I sat in the back seat … and learned the psychology and the understanding [of the sport]. They saw something in me and took interest. They made sure that after my matches, I sat out there and watched what was going on,” Brown said.

One night in 1984, everything changed for Downtown Denny Brown. He was scheduled to face his long-time friend Mike Davis in the match of a lifetime. By the end of the evening, he was the new NWA World Junior Heavyweight Champion. He can still remember the emotions he felt going into the bout. “It was the high point in my life. It was the World Junior Heavyweight Championship and here I was. I wasn’t even supposed to be in the business because I was considered relatively small.” 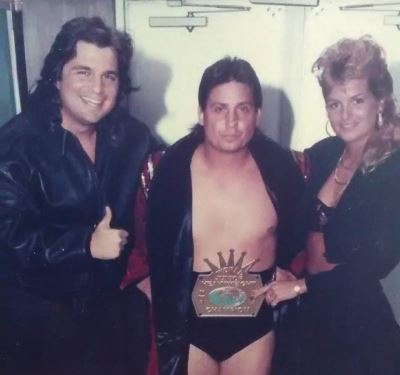 Brown held the title three times before he lost the belt for good in a battle against Steve Regal in 1986.

Winning the belt wasn’t only an exhilarating moment for Brown, but more of a way to cement his talents to the rest of the wrestling world. “To be able to put those naysayers to bed … it was just so overwhelming for me, so exciting,” Brown said. Although this was the case, he always seemed to stay level-headed when he was the titleholder. “I never really got a swelled-up head. It was just another step moving forward.”

Hard work does pay off, and others started to appreciate that the guy who was frequently told he wasn’t made for the squared circle was coming into his own.

“Denny was very good at what he did in the ring. He was always humble and a lot of fun to have as a friend,” recalled Joel Deaton, former professional wrestler and close friend of Brown’s. “I made many road trips with Denny through the years. In my opinion, Denny was underrated and should be recognized more for his great career.” He wasn’t the only one who familiar with Brown’s talents.

“The Ragin’ Bull” Manny Fernandez also wrestled alongside Brown, and said that not only was he a skillful technician, but a good mat wrestler as well. “He was so great on the undercard that I could go out in the main event and pick my nose and the people would go crazy,” Fernandez revealed.

Although Brown stopped wrestling in 1997, when asked when he eventually retired he paused, puzzled and responded, “Who said I retired?” with a chuckle. “People still ask me to come back and want me to help out. There are so many independent shows but none of them have any backing and they don’t have any money,” said Brown. 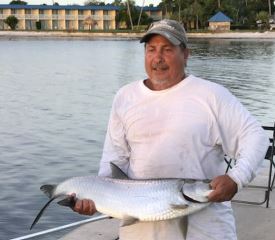 His wrestling career is being celebrated by his peers in Florida at a Legends Luncheon private event in Tampa, along with Eddy Mansfield, and the late Leroy Howard (Navy Seal). something he is very much looking forward to. “On November 30, I’m being inducted to the Hall of Fame here for Florida Championship Wrestling.” He added that no one should be surprised if there’s a buzz about him stepping back into the ring. He hasn’t ruled anything out just yet.

For the time being, Brown is enjoying his life by going fishing and spending some time with the friends who helped him turn an accidental job into a memorable career.