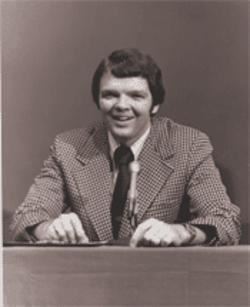 Larry Matysik, the voice of St. Louis’ Wrestling at the Chase, has died. He was 72.

Longtime friend and wrestling promoter Herb Simmons posted on Facebook that he lost his battle on Sunday, November 25 from declining health issues.

“It’s with heavy heart this morning that I come to each of you and give you the news that my good friend Larry Matysik has lost the battle,” Simmons wrote. “As many know, his health has been declining over the past several year. I ask that you keep his wife, Pat, and daughter, Kelly, in your thoughts and prayers as the next few days will be hard for them. I will continue to update you on the arrangements when they are available.”

Over the years, Matysik also battled spinal stenosis and rotary scoliosis, along with recovering from strokes.

Matysik began working for Wrestling at the Chase promoter Sam Muchnick at 16 years old as a publicist and office manager, later becoming an announcer and booker for his mentor’s promotion.

In addition to writing for wrestling magazines, and for the St. Louis staple, Matysik took on announcing and booking roles for Muchnick. He also worked for Vince McMahon from 1984 to 1993. As a voice for St. Louis wrestling, Matysik was part of some of the most memorable moments to come out of Wrestling at the Chase, one being when Kevin von Erich demonstrated the leg scissors on the announcer during an in-ring interview segment.

For his contributions to professional wrestling journalism, Matysik was the 2014 recipient of the Jim Melby Award from the National Wrestling Hall of Fame in Waterloo, Iowa.

“Receiving the Melby Award is a tremendous honor, partially because I knew Jim well and respected all of his work in the field of writing about the business,” Matysik told SLAM! Wrestling in 2014. “And partially because I accept it as recognition of the writing I did for legendary St. Louis promoter Sam Muchnick, especially doing the ‘wrestling news’ for him (Sam wanted the four-page publication to be professional, to look like The Sporting News or the Sunday sports page and be accurate within the realm of helping to sell tickets for the upcoming shows). And partially because the Melby Award is a wonderful salute for the books I’ve written and enjoyed every single moment writing them.”

Matysik has penned a number of books over the years, the first being Wrestling at the Chase: The Inside Story of Sam Muchnick and the Legends of Professional Wrestling. Others include Brody: The Triumph and Tragedy of Wrestling’s Rebel with Brody’s widow, Barbara Goodish, Drawing Heat the Hard Way: How Wrestling Really Works and The 50 Greatest Professional Wrestlers of All Time: The Definitive Shoot. 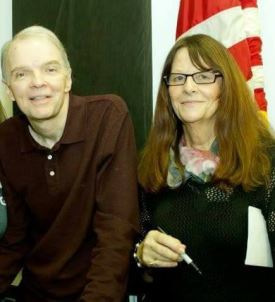 Matysik also promoted in St. Louis for a time, and was a key player in creating the St. Louis Wrestling Hall of Fame, which inducted its inaugural class in 2007.

Once news of Matysik’s passing hit Facebook, an outpouring of well wishes and memories hit Facebook. Announcer Tom Seib recalled meeting Matysik, his wife, Pat, and their daughter, Kelly, at Emge School in Belleville, Ill., when he was refereeing for volleyball.

“Kelly Matysik was a great volleyball player for Emge and her mom and dad were there watching her play,” Seib wrote. “I was between matches and walked up to Larry and Pat to introduce myself. But to my surprise, Larry looked up and said, ‘Hi, Tom.’ It seems that Larry remembered me from my Roller Derby days as trackside announcer for the Midwest Thunderbirds at Kiel Auditorium in 1975. We chatted for a while and then I went back to work refereeing the matches.”

The funeral for Larry Matysik will be held Sunday December 2, 2018, at the Renner Funeral Home at 120 North Illinois Street, Belleville, Illinois, from 4-7 p.m.