Canadian wrestling fans are in for a treat as DDT Pro-Wrestling alumnus Shigehiro Irie will be joining Canadian Wrestling’s Elite’s roster. “The Japanese Beast” will be appearing on CWE’s cross-country tour beginning October 30th, and will cover stops across Alberta, British Columbia, Saskatchewan, Manitoba and northern Ontario.

Irie’s addition is a huge benefit to CWE as he is one of the most dynamic and accomplished wrestlers on the Japanese independent wrestling circuit. The 30-year-old “Japanese Beast” has achieved great success during his career thus far, winning championships in both Japan and in the United States. 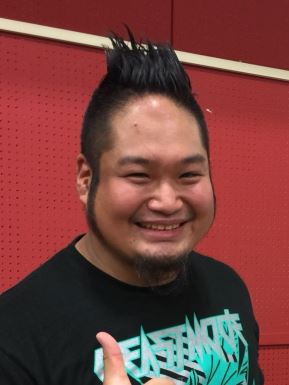 This will be an opportunity for Canadian wrestling fans to see something they might not have seen before. Irie will be bringing a hard-hitting style that combines traditional Japanese puroresu with the more entertainment-oriented DDT approach to his matches.

“I hope to leave each audience member with a long-lasting impression of my performances,” Irie told SLAM! Wrestling in an email. “I am certain my match will be the best of the night, every night. I am confident in saying so because I have faced so many talented wrestlers in my career.”

But Canadian wrestling fans aren’t the only ones who should be looking forward to Irie’s appearance on CWE’s upcoming tour. Irie himself is ecstatic to be coming back to Canada as well. He had toured briefly with CWE in early 2017, and only got to see a small portion of Canada. This time, Irie will be seeing much more of the country, including more small towns that would be considered isolated compared to the bigger cities he’s used to. But geographic isolation isn’t a problem for Irie; on the contrary, he hopes to learn as much as he can while on this tour.

“My English is poor, so this tour is a learning experience for me. I hope to learn from other respectable wrestlers on this CWE tour, and also from local pro-wrestling fans at each venue.”

Irie began wrestling in 2002, at the age of 14, for an independent wrestling promotion called Osaka Pro Wrestling. During that training period, Irie also practiced mixed martial arts, and even had a few amateur fights with Pancrase, the promotion founded by Minoru Suzuki. After committing to pro wrestling entirely, Irie started wrestling for DDT, which is where he has spent most of his career.

During his initial eight-year run with DDT, Irie achieved many great things. In 2013, Irie became the KO-D Openweight Champion, defeating none other than current IWGP Heavyweight Champion Kenny Omega. Irie considers that to have been one of the most important matches of his entire career.

“I was very nervous before this title match as Kenny is a superb wrestler. Luckily I overcame Kenny to gain my first ever champion belt in my career. Each time I wrestled with Kenny in a DDT ring, I always felt I learned a lot from him. Kenny is a true professional who kept himself in the best condition, and he always gave everything in a match, even in small venues or during a long hard tour.”

While he considered DDT his ‘home’ promotion, Irie did wrestle for other companies as well. In 2016, Irie became a semi-regular wrestler for All Japan Pro Wrestling following an invitation from puroresu legend Jun Akiyama. In fact, Irie even got the rare chance to wrestle against Akiyama, who was once one of the biggest stars in both NOAH and All Japan Pro-Wrestling.

“I was seriously terrified, and I still feel the same way when I stand in front of him,” Irie said of Akiyama. “But I always wanted to wrestle with him more as I got to learn so much from him each time.”

These experiences have helped build Irie into one of the most complete performers to join the CWE roster. Not only is he familiar with the ‘entertainment’ wrestling style of DDT, but his experience in other promotions has given him experience in making sure his wrestling matches are the best they can be.

“Japanese audiences tend to care about wins and losses in the match and pay close attention to the details,” he explained. “They don’t miss any mistakes wrestlers make in the ring, so wrestlers always feel a little bit of intense pressure.”

Now, his eight-year stint in Japan has come to an end, as Irie has declared himself a freelancer. In doing so, Irie hopes to travel freely and wrestle any and everywhere in the world, while also gaining further experience outside of the comfort zone he has built for himself in Japan.

While Irie is looking forward to all of the stops on the upcoming CWE tour, he’s particularly anxious to wrestle in Alberta, especially since one of his idols trained in Calgary.

“My biggest influence is Shinjiro Otani, former NJPW Jr. Heavyweight Champion and current Chairman of Pro Wrestling Zero-1. He trained in Calgary in 2000. He is so passionate and emotional both in and outside the ring. He just moves everyone’s hearts.”

Irie echoes Otani’s passion for wrestling and is just as excited to see new places and meet new people as fans should be to see him wrestle. He absolutely loves meeting wrestling fans and encourages fans to talk to him at the shows. 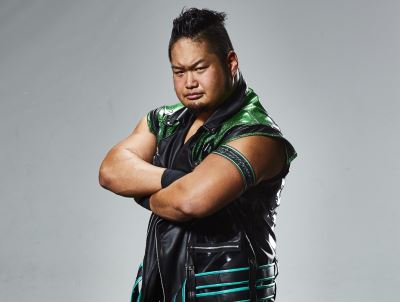 CWE is currently on tour throughout western Canada, on the road until November 21st. Irie will be appearing at the following events under the CWE banner: