She may be down but don’t count her out.

Viewers saw MMA fighter Bi Nguyen bow out of Survivor: David vs. Goliath due to a knee injury this week but she is ready to get back into the MMA ring… and perhaps a wrestling ring in the future. 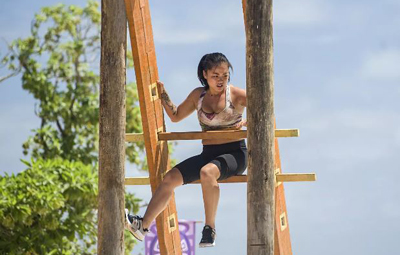 “I will cross that bridge when I get there. I do have a lot of respect for those athletes. It would be fun,” Nguyen said of the thought of perhaps shifting over from MMA to pro wrestling like Ken Shamrock, Brock Lesnar, Shayna Baszler, Sonya Deville, Ronda Rousey, Minoru Suzuki and a long list of others have done.

Nicknamed “KillHer Bee,” Nguyen last fought Jayme Hinshaw for the King of the Cage Women’s World Atomweight Championship on the KOTC: Perennial card last July. In a previous bout, Nguyen had beaten Hinshaw but this time Hinshaw came out on top to retain the title. 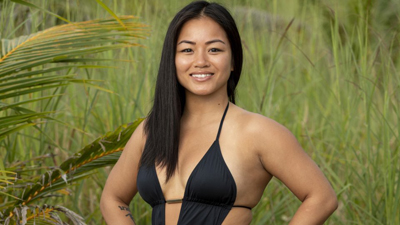 With Impact World Champion John Hennigan (AKA: Johnny Impact, John Morrison, Johnny Nitro and Johnny Mundo on Lucha Underground) and Nacho Libre producer and writer Mike White also competing on this season of Survivor and Mark Burnett being the executive producer of both Survivor and Lucha Underground, it is no wonder that Nguyen has the world of pro wrestling on her mind but any career change would have to occur after she has accomplished all she needs to in MMA.

“I cannot split my time right now thinking about something like the WWE, unless it presents itself later on in my career. Right now, I only have one goal and that is to be an MMA pro-world champion,” she said.

Other stars from the wrestling world who have appeared on Survivor in the past include Ashley Massaro and Jon “Jonny Fairplay” Dalton.

As of this week’s episode both John Hennigan and Mike White are still in the running to win Survivor: David vs. Goliath. The finale airs in December.