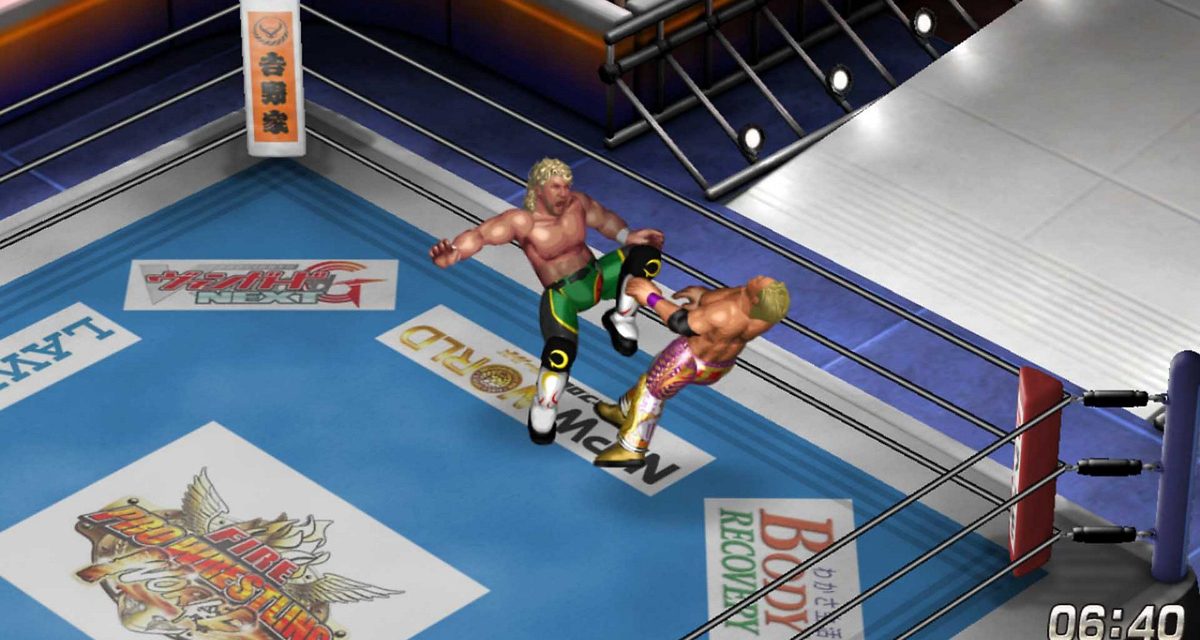 After 29 years, the Fire Pro Wrestling series is still as exciting as a match between Dragon Lee and Hiromu Takahashi, as creative as A.J. Styles and as dedicated, respectful to the industry as The Undertaker has always been.

No matter which edition you have purchased over the years it is always clear that the developers and publishers are hardcore wrestling fans. What other game would include Giant Baba, Lou Thez, Karl Gotch or Tiger Jeet Singh as playable characters? Fire Pro has always been about a great simulated wrestling experience but also paying tribute to the industry and its incredible talent.

World follows closely in the footsteps of its predecessors, however, the difference is that New Japan Pro Wrestling has never been more mainstream, never been more accessible world-wide as it is today. The game’s starting roster is a tribute to that. Kenny Omega, Michael Elgin, Zack Sabre Jr., Kushida, Tetsuya Naito, Tama Tonga are just a few of the superstars that are available right out of the box.

NJPW talent aren’t the only characters though. There are wrestlers from fictional SWA (Spike Wrestling Association) who have traits but not identities borrowed from famous wrestlers such as Vader and Bret Hart. 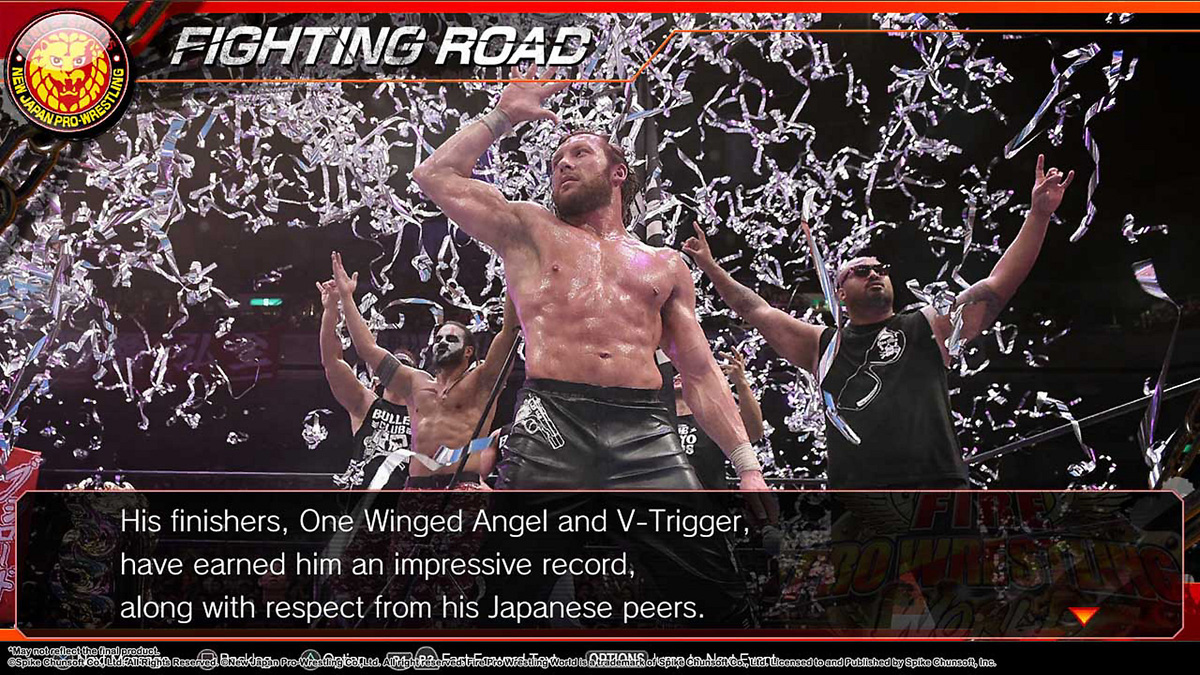 Besides the Japanese centric roster there are also matches most of which you will only find in the Land of the Rising Sun. There are Cage Death Matches, Barbed Wire Deathmatches, Landmine Deathmatches and Gruesome Fighting which is basically MMA rules in an octagon.

Cage Deathmatches are self-explanatory. For the uninitiated Barbed Wire Deathmatches are bouts in which the ring is surrounded by electrical barbed wire and there are time bombs (explosive barrels) around the ring which are set to detonate at specific times. Landmine Deathmatches include a ring surrounded by land mines wrapped in barbed wire, wooden boards with barbed wire or florescent tubes attached to them to inflict even more damage. Hurling your opponent into a board covered with barbed wire, an exploding ring or land mines, never, ever fails to put a smile on this fan’s face. Other types of match styles include tournaments, battle royals and leagues.

In the game’s Mission Mode you are faced with objectives like winning a match by submission. The game’s tutorial begins in Mission Mode and then moves into more complicated, individual match missions. When you just want to simply challenge yourself, Mission Mode is the perfect option.

Fighting Road is Fire Pro Wrestling World’s campaign or story mode. While learning some NJPW history you create your own wrestler, start from the very bottom in the New Japan Dojo and make your way to the very top fighting and meeting some familiar faces along the way. As you progress through the ranks you will gain points to use in training to boost your stats and new moves to add to your arsenal which is quite small to begin with.

The only slight drawback of Fighting Road is there are no cutscenes or voice acting. Static pictures and text are used to tell your Fighting Road story and that is a shame when the developers probably had access to most if not all of the New Japan roster for their voices and as models for animated cutscenes.

Fighting Road and Mission Mode team up though to add a lot of value to overall package. They give players something to work towards when they take a step away from their personal creations, promotions.

As for the gameplay itself, with World the series has returned to the timed wrestling moves the series was known for before the button mashing Fire Pro Wrestling in 2012, which didn’t resemble the other installments in the series at all. The core of the gameplay is initiating a grapple and then with the proper timing, executing a wide variety of moves. During a match, it is best to start with weak moves and then work your way up to your signature and finishing moves otherwise your moves will be easily reversed or blocked.

Striking is incredibly hard to pull off so you are best to stick to actual wrestling moves at the start until you have figured out the distance you need to be at in order to successfully kick or punch your opponent. Managing your stamina is also critical. Whenever you aren’t attacking or your opponent is down for a significant amount of time you should use LB to breathe and regain stamina so you don’t pass out on your feet. 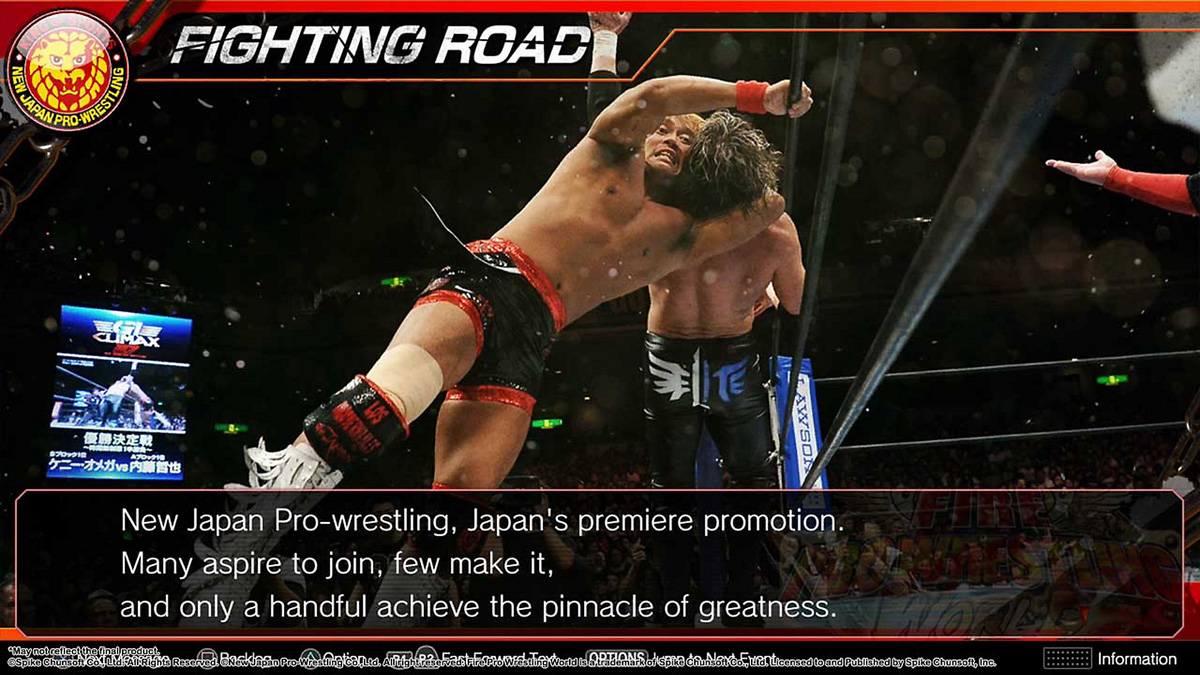 Although they are minor in nature, there are some timing issues especially when you Irish Whip an opponent into a corner and rush in for corner move like a Stinger Splash or a running clothesline. It doesn’t happen often enough to ruin the gameplay but it is something to keep in mind.

The real attraction of Fire Pro Wrestling has always been the creator suite which still reigns as the best of any wrestling or fighting game. Granting Fire Pro’s models are not as large as other fighting games, still they contain a lot more individual detail. Using the creator suite you can create your own wrestlers, promotions, title belts and download the amazing creations of other fans from all over the world. It is good that you can share your creations because the game is missing some NJPW stars, most likely because of licencing reasons. The most notable absences are The Young Bucks, Chase Owens, Cody, David Finlay, Hangman Page, Jay White, Lance Archer, Jushin Thunder Liger, Marty Scurll, Rocky Romero, Sho and Yoh, Tiger Mask and Davey Boy Smith Jr.

For the first time ever though there is an online mode in a Fire Pro Wrestling game. On the PlayStation Network, you can challenge other gamers. In my experience, things worked very smoothly. In multi-man matches there was the occasional lag here and there. For the most part though, the multiplayer worked very well.