The Miz bringing his opinions to Fan Expo Canada

The Miz promises that when he joins the WWE panel at today’s Fan Expo Canada event in Toronto that he will not hold back his thoughts and opinions, despite the fact that his boss, Triple H, will be sitting alongside him, along with A.J. Styles and Charlotte Flair.

“I think our boss, Triple H, respects our opinions,” The Miz told SLAM! Wrestling over the phone on Wednesday afternoon. “They trust and know that I’m going to say, not necessarily say the right things, but I’m going to answer questions and I think that when a fan asks a question, we need to answer honestly, and we need to answer it so the fan is happy — that’s what we do.” 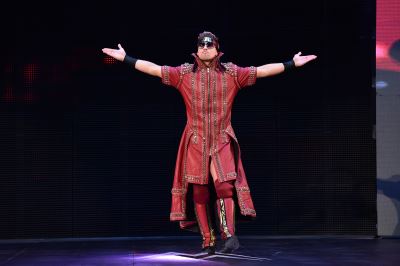 There are few better on the microphone in WWE than The Miz these days. “Our goal is to be out there and to allow an audience to be entertained, and that is exactly what we’re going to do. Now, is there something that Triple H may not like that I say? Yes. But if it’s entertaining an audience, and it’s giving them what they want, I think that he will be happy with that.”

Pro wrestlers have invaded the comic con scene over the last decade or so, a logical overlap existing between comic book and science fiction fans and pro wrestling fans.

But it doesn’t always go the same way.

With a crazy amount of huge name talent on hand at Fan Expo Canada, including A-listers Michael J Fox, Jason Momoa, William Shatner, and Evangeline Lilly, as well as reunions, like the cast of Degrassi: The Next Generation, there’s something for everyone at the event over the four days at the Metro Toronto Convention Centre.

The Miz is not one of those fans though getting all psyched up.

“I’m not really a person that, I guess, ‘marks out,’ as you would say, to nearly anyone, to be honest. I really don’t, I’m not like Zack Ryder, where I get really fan-boyie,” he said. “And honestly, I don’t usually ask for pictures or autographs anymore, because I know what it’s like [as a celebrity].”

The rewards are definitely there, though, to be out among the wrestling fanbase, said The Miz, recalling one meeting where a man brought him a photo of an infant and her mother with The Miz. It turns out that the man had been serving in the armed forces overseas, and The Miz met his daughter before he did.

And, with Fan Expo Canada taking place in “Bizarroland” of Toronto, with its fans reacting however they please at the just-past Raw and Smackdown shows, The Miz said anything can happen.

“Our WWE shows have the most amazing fans that you can possibly wish for. They boo who they hate, cheer who they love. If you listened last night, or if you watched last night on Smackdown Live, it was crazy. The Toronto crowd is always an incredible crowd. So to go to a FanExpo, I expect the same type of atmosphere, the same type of energy, and I think that it’s going to be a lot of fun.”

Also while in Toronto, The Miz managed to make it out to Battle Arts Academy in Mississauga, just west of the city, to work out at the gym owned by Santino Marella. The Miz called it a “great facility, I’d recommend it everybody,” and appreciated the little bit of privacy he can get while working out there since, naturally, Santino knows the drill.

“I love coming to Santino’s gym, Battle Arts Academy. I think he does a great job. Santino is one of my favourite people to work, ever, and he’s such a great guy,” said The Miz.

He’s not the only one trying to get in shape either. Recently storylines have his wife, Maryse, getting back into the ring for a bout at the Hell in a Cell pay-per-view against Daniel Bryan and his wife, Brie Bella.

It’s not just a storyline for Smackdown or for their reality show, Miz & Mrs.

“My wife just had a baby, Monroe, five months ago, so it’s basically getting her kind of back in ring shape, because she hasn’t been in the ring in over a year. So my job, as a supporting husband, is to help her feel as comfortable — because I know she’s a badass, and I know she’s a fighter, and she’s just training, working hard to get the advantage on Daniel and Brie.”

For more information on Fan Expo Canada’s WWE guests, and the Q&A panel, click here. An autograph and photo with Triple H will cost $199, The Miz and A.J. Styles are both $100, and Charlotte Flair is $90.