Apter continues to stay in the picture

Bill Apter has kept himself more or less near the center of the pro wresting universe for over 40 years. Few wrestling personalities can claim to have remained so identifiable, and so passionate, for such a long and uninterrupted stretch of time.

“My enthusiasm is still like the first day I went to the matches,” Apter tells SLAM! Wrestling. “It’s very similar to Vince McMahon’s where, ‘I can’t wait to do this.’ There’s always something new. It’s never the same for me, every day.”

The event brings together the creators of a number of well-known wrestling-related podcasts with other industry figures. Besides Apter, other featured guests will include Colt Cabana, Jim Ross, Sean Mooney, Bruce Mitchell, Dave Meltzer, and Bruce Prichard. At Starrcast, Apter will be talking with fans, broadcasting live interviews from the convention floor for Twitch, and hosting the “Remembering Andy Kaufman” panel discussion, with wrestlers Dutch Mantell and Jerry Lawler.

The successes of Starrcast and All In are the latest chapters in the continuing story of the re-emergence of independent wrestling. And Apter, who has had a ringside view of the ever-changing world of wrestling for most of his life, couldn’t be more excited about it.

“I still love [wrestling] and I still find it compelling. Do I love everything? No. But when I hear something like what Cody Rhodes and the Young Bucks did, to accept a bet from Dave Meltzer that an independent company couldn’t sell out an arena like the Sears Center, and to have it sell out in 29 minutes with no TV publicity, just from the Internet, and people not even knowing what the matches are … Boy, I can’t wait to be part of that!”

Apter began his professional career in 1970 under the tutelage of magazine editor Stanley Weston. He helped shape Weston’s family of magazines, which included Inside Wrestling, The Wrestler, and Pro Wrestling Illustrated, among other titles, through his photography and his relationships with wrestlers and promoters across the country. Apter’s personality shone through in a role that could have been relegated to behind-the-scenes functions. He became familiar to fans through his appearances in the magazines and as a representative for them on wrestling broadcasts.

In 1981, Apter famously introduced comedian Andy Kaufman to Memphis wrestler Jerry Lawler as a way to help Kaufman realize his wrestling ambitions. Kaufman was at the peak of his fame, with a starring role on the television series Taxi, and had wrestled women as a part of his act in nightclubs and on television for several years. Still, his offers to transition to professional wrestling had been rejected by at least one prominent promoter.

Upon the introduction from Apter, Lawler was receptive to Kaufman’s ideas. In April of 1982, Kaufman travelled to Memphis and wrestled Lawler in the match that some fans credit as the beginning of modern sports entertainment. “When I met [Kaufman] he wanted to be Buddy Rogers or Fred Blassie,” remembers Apter. “That was his goal. He was never a comedian. He was a heel entertainer, in my mind. I think that’s the first time I’ve ever said that. He liked to get a rise out of people. Sometimes it was in an upsetting way and sometimes it was in a silly way.”

Apter stayed in print publishing into the early 2000s, but never hesitated to embrace new technology. He was a part of the website 1wrestling.com, started by Bob 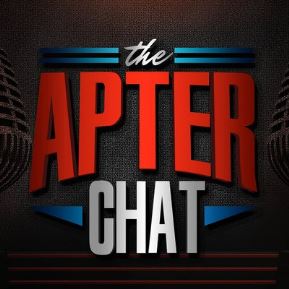 Ryder & Joey Styles, since 1997, and has produced video and audio content for a host of Internet outlets. Apter even has established a shop for his merchandise on prowrestlingtees.com.

“Unless you change with the times you’ll get left behind. There are so many wrestlers back from the generation when I started, in the ’70s, who just became bitter from this whole thing called ‘sports entertainment.’ My feeling was that each time wrestling changed in some way, I changed with the times. Why not?”

“What makes this podcast a little different than other podcasts,” he says, “number one, will be some of the guests.” By way of proving his point, Apter booked Hulk Hogan and Sting as his first two guests.

Through all of this change, the constant has been Apter himself, the lifelong fan who managed to work his way to the inside. There are few people in wrestling who wouldn’t stop whatever they’re doing for a quick chat with Apter, and few fans who wouldn’t crave an opportunity to hear Apter tell unfiltererd stories of his time with wrestling’s legends. Approaching his fifth decade in wrestling, Apter is now interacting with the children of the wrestlers he once covered, including Charlotte Flair, Randy Orton, and All In organizer, Cody Rhodes. “What amazes me is that [Cody] went and did something that I’ve never seen anyone do when they left WWE. He went out on his own and started his own gig.”

It’s fitting that Apter will have a featured role at this weekend’s celebration of independent wrestling. Apter has never stopped believing in the central role of the fans in making wrestling the unique spectacle that it is.

“The fans that crave just pro wrestling are getting it at a lot of the independent shows. New Japan, Ring of Honor, and whatever Cody’s company will be called eventually … I think they’re brining it back to what fans know of professional wrestling rather than sports entertainment product.”

And whether he is broadcasting from a card being held at a high school gym in rural Pennsylvania or a mass-media spectacle that can sell out an arena, Apter remains the biggest wrestling fan there is.