Cage making an impact on X-Division and beyond 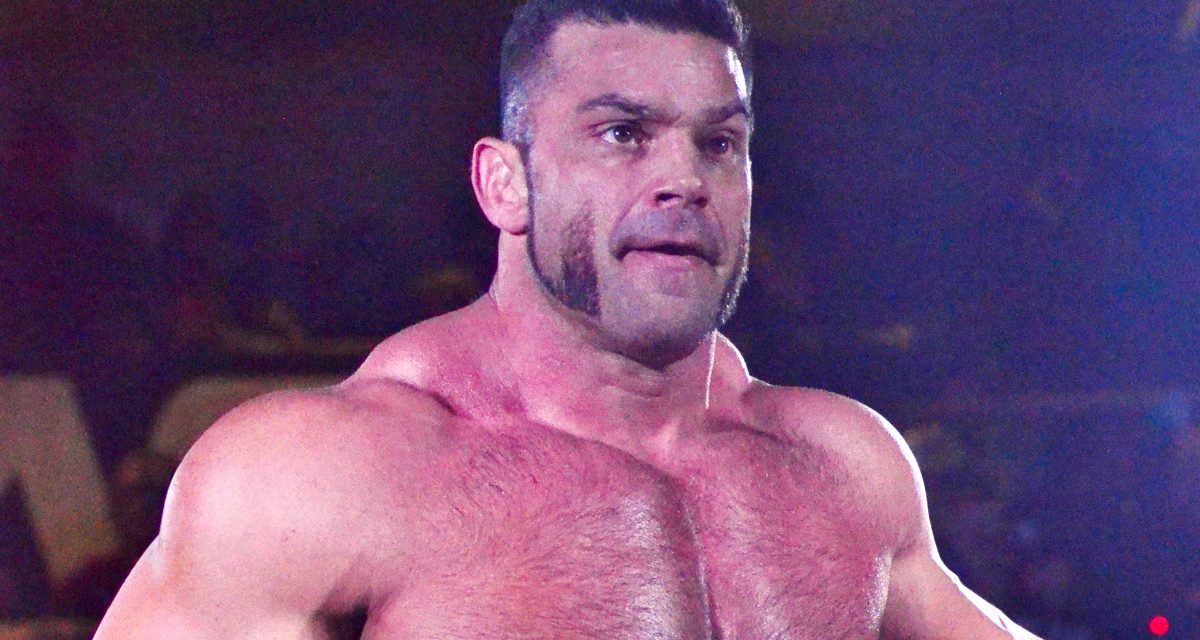 At least one competitor in this year’s George Tragos/Lou Thesz Hall of Fame Classic tournament has made an underground impact.

In his first venture to northeast Iowa, Brian Cage — a member of both the Lucha Underground and Impact Wrestling rosters — will participate in the new staple of the Tragos/Thesz Hall of Fame Weekend.

Cage is slated to face “Lonestar” Curt Stallion in the opening round of the Classic, promoted under Troy Peterson’s Impact Pro Wrestling banner, on Friday, July 27, at the Five Sullivan Brothers Convention Center in Waterloo, Iowa, during the 2 p.m. show; the winner will compete again at the 6:30 p.m. show. While the two have been in the same locker room in the past, this will be the first time they meet in the ring.

“His name’s getting more and more credibility out there,” Cage said.

Stallion competed in last year’s tournament, advancing to the second round, but falling short against Chuck Taylor, who would go on to victory.

The tournament, which includes Austin Aries, Bob Holly and Colt Cabana in the lineup, is unique because of its connection to the Hall of Fame, according to Cage.

“I think it’s cool because we do have obviously an underlying relationship between the two [amateur and professional wrestling] … and I think it helps give it a little more credibility toward pro wrestling aspect as well,” Cage said. The inductions into the George Tragos/Lou Thesz Professional Wrestling Hall of Fame take place on Saturday, July 27, and the pro wing is in the National Wrestling Hall of Fame Dan Gable Museum in Waterloo.

Cage’s interest in the wrestling business began at five years old. And it only took another five years to realize that he wanted to actually be in the business.

“My favorites at the time were Michaels and Razor Ramon,” Cage said, “But there wasn’t match or moment [that made me want to wrestle].”

Though Cage currently competes for Lucha Underground and Impact (formerly TNA Wrestling), he had a brief WWE tenure in 2008 when he signed a developmental contract. Cage said he “made promises” to people that he would be signed by that time in his career and was able to make good on them.

While having the opportunity to be in that environment was “awesome,” it also opened his eyes “to how the ‘Fed works, in a way.” Cage did not want to say it was “a little bit of a dream killer,” but his time in developmental helped him realize that WWE is not the “end all, be all” for professional wrestling success.

After being released in 2009, he returned to the independent scene and in 2012 took part in TNA’s Gut Check challenge.

At one point, wrestling in Japan was a bucket list item for Cage, but in 2017 he crossed that off by debuting with Pro Wrestling Noah. Cage had the opportunity to lock up against Katsuhiko Nakajima.

“The reason I wanted Japan so much was that I felt like it was a better mark on the resume,” Cage said.

The presentation in Japan — no pun intended — looks more “elite” than in the U.S. with the entertainment aspect, according to Cage.

“It was a compliment to me, in fact, that they used me so well,” he said.

BUILDING A BODY FOR WRESTLING

Cage’s admiration for bodybuilding began around the time he started working out to get in ring shape and start “looking the part.” But it wasn’t until an injury in 2011 — and being in “really bad shape” — that he started training again for a bodybuilding competition.

“It re-lit a fire under me,” said Cage, who got in the “best shape” of his life and won the competition.

Around the same time, he toyed with the idea of going for a Pro Card — an achievement that requires winning at the regional and national levels and allows athletes to compete for cash prizes — Lucha Underground started shooting season two. He withdrew from the competition and has yet to earn a Pro Card — but it’s not off his to-do list entirely.

“I will dip back into at some point in time,” Cage said.

Regardless, the bodybuilding background has helped his career.

“It definitely helps with the look aspect,” Cage said. “I already kind of lived the lifestyle, [but it] helps complement my character.”

Cage returned to Impact earlier this year and, most recently, has been in the X-Division championship picture alongside Matt Sydal. Cage said the company has “some decent wheels back underneath it again.”

“It’s been a lot of fun, and I’ve been blessed … I’ve been able to shine and showcase there,” Cage said. “I’ve been given a little bit of the ball.”

Having the chance to lead a show is something he has wanted his entire career, and he feels like he is “finally getting there now.”

Part of that involved his Slammiversary match against Sydal — only the second meeting for the two — in which Cage successfully captured the X-Division belt.

“When I was first asked about signing with Impact, [they were] asking who I want to work with,” Cage said. “Matt was at the top of the list. He’s super talented… He’s just a great man, a great talent.”

Previously, Cage told SLAM! Wrestling that Lucha Underground is the best promotion he had worked for at the time. For Cage, that comes from the way the company is run.

“I think it’s a TV show instead of a wrestling show… and just the overall appeal of everyone working more together to create a product,” Cage said.

There’s not the feeling of anyone being “held back,” according to Cage. But Lucha is not the only place he has recognized that lately.

“I do notice that changed and that kind of feeling atmosphere developing in Impact,” Cage said.

Looking to the future, Cage said he hopes to see himself as Impact World champion.

For more information about the Tragos/Thesz Hall of Fame weekend, visit nwhof.org/waterloo.