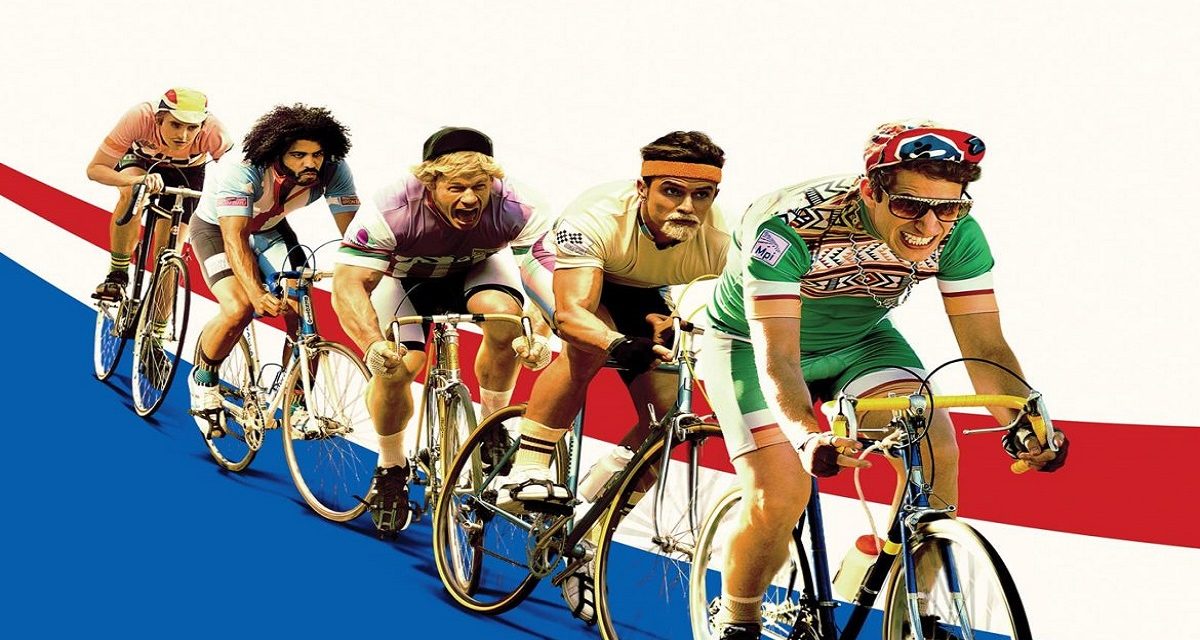 Following a very vulgar (and very funny) satirical look at the world of pro tennis in 7 Days in Hell, Saturday Night Live veteran Andy Samberg brings us the exposé of professional cycling that we really didn’t know we needed in Tour de Pharmacy.

For those, like myself, who don’t follow cycling and know of the Tour de France solely by way its enduring global popularity, Tour de Pharmacy actually serves as something of an introductory class in the history of doping in the sport. Nothing in the film is to be taken literally, of course, but after watching a mocking indictment of how tainted cycling is and was, I certainly wanted to look into whether it was actually that bad.

And so we have John Cena playing a German cyclist named Gustav who doubled in body mass between seasons and now brings his newfound power and ruthlessly aggressive tendencies to the Tour. Gustav also appears as his older self, looking back on his prime, with Dolph Lundgren playing the part.

Cena is unchained in this film. Take his braggadocios heel character of the early 2000s and send him back in time to the Attitude Era, and you have a sense of his performance. He looks the part, he seems to be having fun with it, and part of what makes what he’s doing funny is simply because he is John Cena. This film and its tennis-themed predecessor go for laughs by having well-known people say ludicrous things.

Like 7 Days in Hell, there really aren’t many throwaway roles, and some pretty big names step in for what are essentially bit parts in a shorter-than-feature film (it runs at 39 minutes long). Considering the context, however, there’s no bigger name to appear than Lance Armstrong, in a truly “I can’t believe he’s doing this” performance. I guess after finally owning up to his transgressions, Armstrong can either hide from them or poke fun at (and profit from) them, and his choice is clear in this film.

The humour is juvenile, but this is a film worth finding if you like your comedy crude and blunt. It probably doesn’t matter if you’re any kind of cycling fan at all, but if you’re a real aficionado you may have a whole other level of appreciation of the farce.