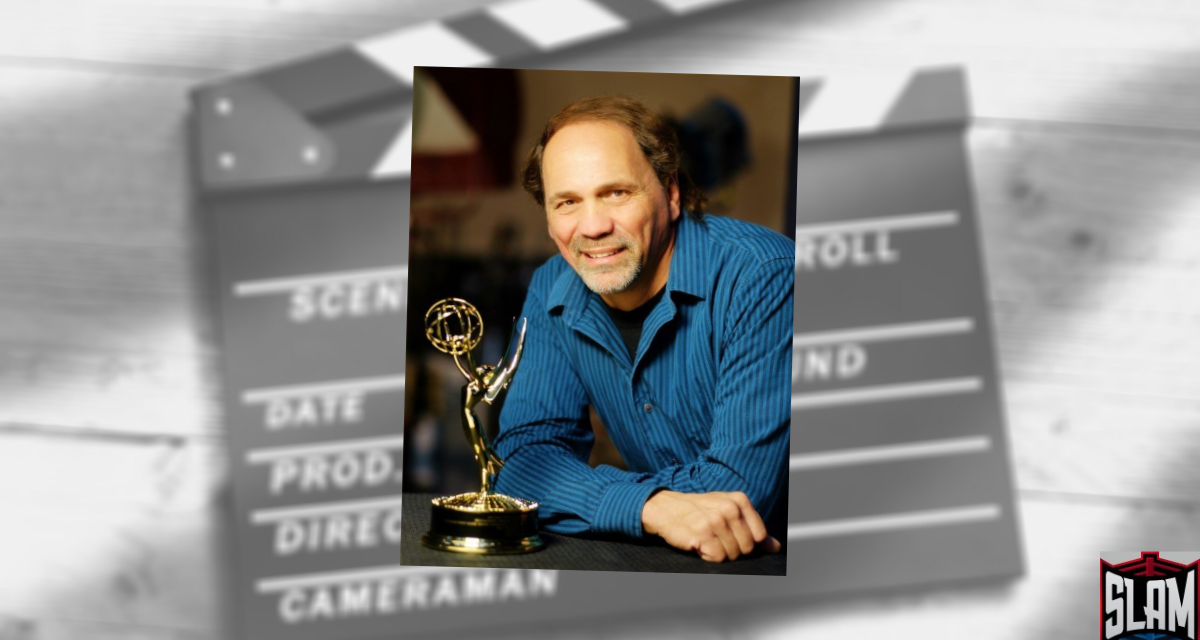 What do Big Bird, Kermit the Frog, Fraggles, and man-eating plants have to do with professional wrestling? While not a bruiser on the mat, when Bill Diamond is involved it can only mean high level creativity and a lot of fun.

Bill Diamond is a name that is not often associated with wrestling. In fact, it is very likely that you haven’t seen him, but you have seen his work. Since his late teens Diamond has been creating puppets and props for television and movies. He has worked with Jim Henson on Sesame Street, many Muppet projects and Fraggle Rock. He also designed and created the man-eating plant and puppets for The Little Shop of Horrors show that tours North America.

It is his work with his studio, Bill Diamond Productions, which has brought him in to the world of professional wrestling. His multifaceted company not only creates puppets, but does set design and he has also won an Emmy award for his lighting work. Plus he with the Yes Network helping with shows featuring the New York Yankees and Brooklyn Nets.

Recently Slam Wrestling sat down with Diamond at the Niagara Falls Comic Con to talk about his involvement with the WWE. 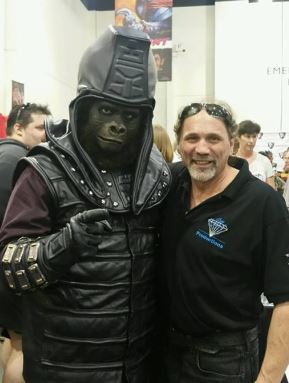 Bill Diamond, right (you could have guessed that), in an alternate universe where apes rule.

“What’s interesting is WWE is, of course, in Connecticut and I do a lot of work for the Yes Network, the Yankees and the Nets,” said Diamond. “John McColl, who was a head designer at World Wrestling Entertainment said, ‘Hey Bill, we have a new show called Legends and ‘Mean’ Gene is the spokesperson.'”

Diamond came on board to do many different tasks involving the creative side of the show and its proximity to his other jobs was ideal. “We would light it (Legends) and set up the sets and shoot three episodes a day,” recalled Diamond. “We would recreate some elements for the show and it was really fun. It was literally right across the hall. I would do the Yankees one day and then walk across the hall and do World Wrestling the next day.”

Diamond’s enthusiasm for working with WWE was evident and a smile was plastered across his face as he recalled working with WWE legend Gene Okerlund. “Mean Gene is fun to work with,” said Diamond. “We would work together all the time. He would come up from Florida and we would do three shows in a day. We would do that show for 18 hours and then Roddy [Piper] would come in and any of the other wrestlers would come in and it was fun. It was pretty condensed to get all that in. Anytime Mean Gene would go from side to side we would shoot multiple shows and he is a trooper and true professional.”

Working on a WWE Network show was creatively fulfilling and Diamond enjoyed the give and take of ideas with the wrestling staffers. “Sometimes they would have a basic outline and sometimes we had to make it up as we went along,” said Diamond. “We always had a basic formula but we had the freedom of changing it.”

“I would design elements of the set and light it so there were some new elements of it. I would bring in props from my studio or having to create something for them, it was a lot of fun to do.”

When filming a show in a studio and needing to film many different shows in one day could be a challenge to give the viewer’s different perspectives. “We would do a number of shows we would record what we call a wagon wheel,” said Diamond. “So we would go from one show, maybe Legends and strike that, then something else and strike that so we would move around the studio. If we had to do a conversion to Spanish we could do that and bring a host in that spoke Spanish. Sometimes we moved products and sometimes it wasn’t.”

Working with the WWE was a very positive experience for Diamond. “They (WWE staff) are all professional, troopers, it was exciting and always fun,” said Diamond. “Any of the wrestlers we worked with were just wonderful people to work with. They were so passionate and just loved doing what they do. I would constantly tell them that they need puppets on this network, but I say that to the Yankees too.”

Maybe one day Bill Diamond will get his wish and we can see a puppet and wrestling connection. It isn’t hard to imagine Gobo Fraggle making a tag to Triple H against Audrey 2 and John Cena in a Weed Whacker on a Pole match.