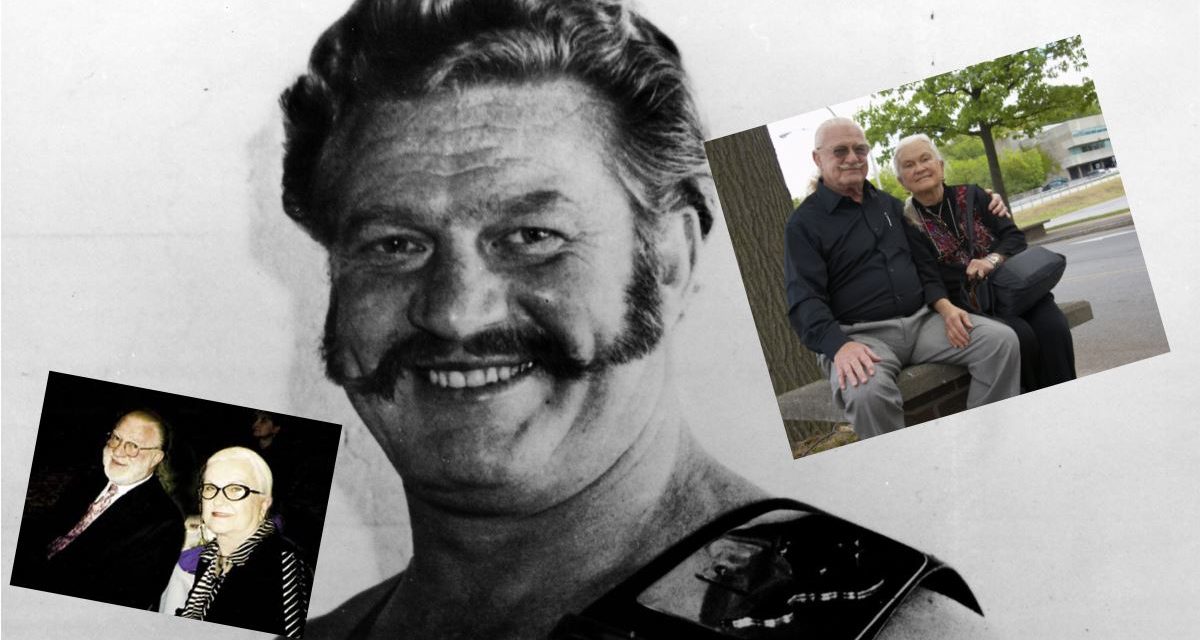 Through the years, I’ve met plenty of memorable wives of pro wrestlers, but if pressed, I don’t think that I’ve ever enjoyed the company of one more than Carol McCutchin, the diminutive, feisty companion of Red Bastien.

As her friends and family prepare to say goodbye to her at a funeral on Saturday, it’s a good time to reminisce.

Carol was tiny, to be charitable, and surrounded by the hunched-over giants of pro wrestling at various affairs, she would have been hard to find had it not been for her oversized personality. 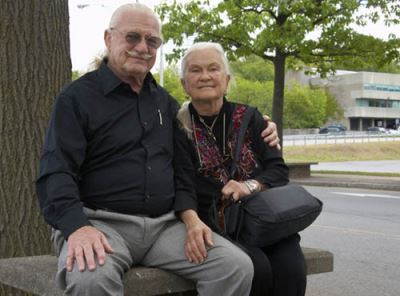 But when she hugged you, you knew it. And she hugged a lot, and laughed even more, largely because of Red.

The obit that ran on Carol in the Dallas Morning News mentioned that Red came around in “the second half of her life.” While neither regretted earlier marriages, and the children that were a result, it was like a magic pairing, a perfect tag team, even if they never married.

And how many tag teams stayed together for 30 years?

It’s not often an obit is so poetic, so I will share:

They traveled the world and back making New York, Hawaii, The San Juan Islands, San Francisco, Rome and who knows where else their second homes. Carol and Red lived a large life and had so many friends from all over the world. She loved Red and sailed dangerous waters from The Pacific to The Straits of Juan de Fuca without knowing how to swim because she knew how much Red loved sailing – in freezing waters that churn. Terrified, she would wear two life vests and stay below reading cookbooks like novels. She would do anything for her guy, and he would do anything for her. They were life of the many parties.

Carol came to the attention of the wrestling world especially after Red was named president of the Cauliflower Alley Club in 2000, coinciding with the club’s decision to open up membership to fans. Wherever they went, Red was promoting the CAC, but loved other reunions, like the Pro Wrestling Hall of Fame (then in Amsterdam, NY), and the George Tragos/Lou Thesz Professional Wrestling Hall of Fame at the Dan Gable International Wrestling Institute and Museum in Waterloo, Iowa.

How much did Red love reunions? In 1992, he started the annual Red Bastien’s Texas Shoot Out in Dallas, helped by Larry Dwyer, which brought together many oldtimers from the Lone Star State, and mixed them in with current independent wrestlers for a fun evening.

There was lots of love for Carol and Red in the wrestling community. The entire time that Red was president of the CAC, Karl Lauer was the organization’s executive vice-president, doing much of the behind-the-scenes work. The former wrestling promoter in California first met Carol after Red had finished a stint working for WWF as an agent.

Lauer tapped Bastien to work with him promoting shows and at the travel agency he owned, Great Escapes Travel.

“He use to make frequent trips to Dallas to visit Ray Stern a long-time friend, being on the IATA list allowed him to fly free on standby anytime,” recalled Lauer of those early 1980s days. “He called one day said he had met the lady of his dreams and could they come over that weekend, and said is Evita still playing at the Candlelight Theater. It was and we went, She captured our hearts then and her and Babs [Karl’s wife Barbara] became instant friends and did countless things together. All during Bab’s illness Carol would call regularly cheer her up. I think the four of us had what I call a old-fashioned friendship, we all just liked each other and enjoyed our time together.”

The late wrestling historian J Michael Kenyon, writing to correction some notes in the Red Bastien obituary, had some memories of McCutchin as well, calling her and Red “as jolly a couple as I’ve ever known.”

“Their travels were extensive and global in nature, and almost a fulltime, consuming passion, before Red finally grew so ill as to require specialized care in 2010,” wrote JMK. “They were like a poor man’s version of the Duke and Duchess of Windsor in how they got around the world. Hell, they even made it to Port Orford, Ore. (there were nowhere near enough stores to accommodate Carol’s shopping jones, so they left after just one night).”

For much of their time together, Red and Carol lived part-time in Anacortes, Wash., where they cruised around in their boat, often with Tex McKenzie and his wife Betty, anchored at a posh marina, but staying in a luxury hotel at night.

JMK visited them at the hotel. “They occupied a splendid, penthouse-like apartment with a gorgeous view of Fidalgo Bay; the apartment was originally built for the yardmaster. For several summers running, Carol and Red hosted a big August picnic spread for friends and wrestlers in the spacious yard below the apartment’s deck, marking their annual return to Dallas.”

Former promoter Dean Silverstone, who also was heavily involved in the CAC, would make the 60-mile trek north to Anacortes from Seattle. Dean and his late wife, Ruth, were treated to many lunches from the generous McCutchin.

“Carol was such a born-to-be-a-hostess that she held parties for the boys all the time at their Anacortes home and I was there one time when Maurice Vachon was visiting,” recalled Silverstone. “We ordered pizza that was to be delivered. Carol had a great sense of humor and convinced Maurice to remove his leg where she placed it on a table so that when you opened the front door it was the first thing you saw. When the pizza delivery guy came, she told him the money for the pizza was underneath the leg.”

Carol Ann McCutchin was born May 22, 1934 to Mercer Armstrong and Bernice Sams in the small West Texas town of Benjamin. She attended Abilene Christian University and Texas Tech, and finished her degree at Brookhaven College in Dallas. Later, she got her real estate license and was involved with interior decorating.

Her daughter, Tracy, traveled early and often with her mother, and for a time, they built and managed a hotel, The Terra Cotta Inn, together. As the obituary mentions, Carol once wrote to Tracy: “As you sail on golden clouds and diamond stars, always remember the pride, joy and happiness you bring to my life. Your accomplishments are wonderful to watch and I am so very proud to be your Mom.”

As her beloved Red began to suffer the ravages of Alzheimer’s disease, Carol made the difficult decision to place him in a home in Minnesota, to be close to his children. She continued to travel and made appearances at wrestling events while Red was hospitalized, and after his passing. Seeing her at a CAC reunion after Red’s death, she thanked me for all time that Steve Johnson and myself spent over the years interviewing Red, keeping his memories and stories alive. In return, I thanked her for sharing Red with us.

The end came for Carol McCutchin on Monday, March 19, 2018, when she passed away. A funeral will be held on Saturday, March 31st, at Sparkman/Hillcrest, 7405 West Northwest Hwy, Dallas, Texas.