Mat Matters: Daniel Bryan cleared to wrestle – but should he?

On Tuesday, WWE released a statement that Daniel Bryan was cleared for in-ring action by doctors “independent” of the WWE. Upon further examination these “independent” doctors have ties to the WWE. 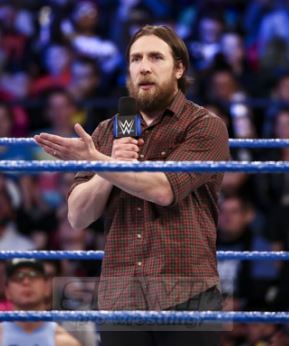 Given my own work as a neuroscientist, it was not hard to quickly find issue with the names provided.

In its press release, WWE listed Dr. Robert Cantu who served as a neurological consultant to numerous NHL, NBA, and NFL teams and, according to the WWE, he is independent of the WWE. However, Dr. Cantu has 17 scientific publications with Dr. Joseph Maroon. Dr. Maroon is the Medical Director for the WWE.

Two out of the three “independent” neurologists have published with Dr. Maroon. This calls into question the independence of the evaluations that WWE star Daniel Bryan received. Ideally, the WWE would have neurologists who have not published with the WWE Medical Director Dr. Maroon to avoid the conflict of interest.

Bryan (real name Bryan Danielson) had a heartfelt tweet before SmackDown Live on March 20, “Saying goodbye to the ring was one of the hardest moments of my life. But thanks to the amazing people supporting me, I was able to keep fighting for my dream. This moment feels surreal and I’m glad to be able to talk to you all at the beginning of #SDLive tonight.”

SmackDown Live opened with a touching video of Bryan’s retirement speech from three years ago. Bryan came out to “YES” chants and had a huge smile on his face. Bryan got a little choked up while talking about seeing specialist after specialist to be cleared to live his dream once again.

It is unclear whether Daniel Bryan should have been cleared for in-ring action.

It is also unclear what has changed for Bryan in the three years since he wrestled his last match. His last full year of wrestling was in 2013, as he missed time in 2014 due to a neck injury. The Wrestling Observer reported that Bryan had been cleared by new doctors in recent months because of Bryan’s “belief that his brain has responded favorably to hyperbaric chamber treatment.”

If new doctors cleared Bryan based on his belief of treatments, it raises questions of whether the new doctors administered any tasks that tested Bryan’s ability to process information such as a memory test, or a language test, or many other behavioural tests used in concussion diagnosis and research.

It’s all well and good that wrestling fans and his colleagues are excited that Daniel Bryan is coming back, but given what I’ve studied and looked into, it might not be the best decision, and certainly not given solely the doctors WWE listed.