Fun times for Hornswoggle at WrestleManias 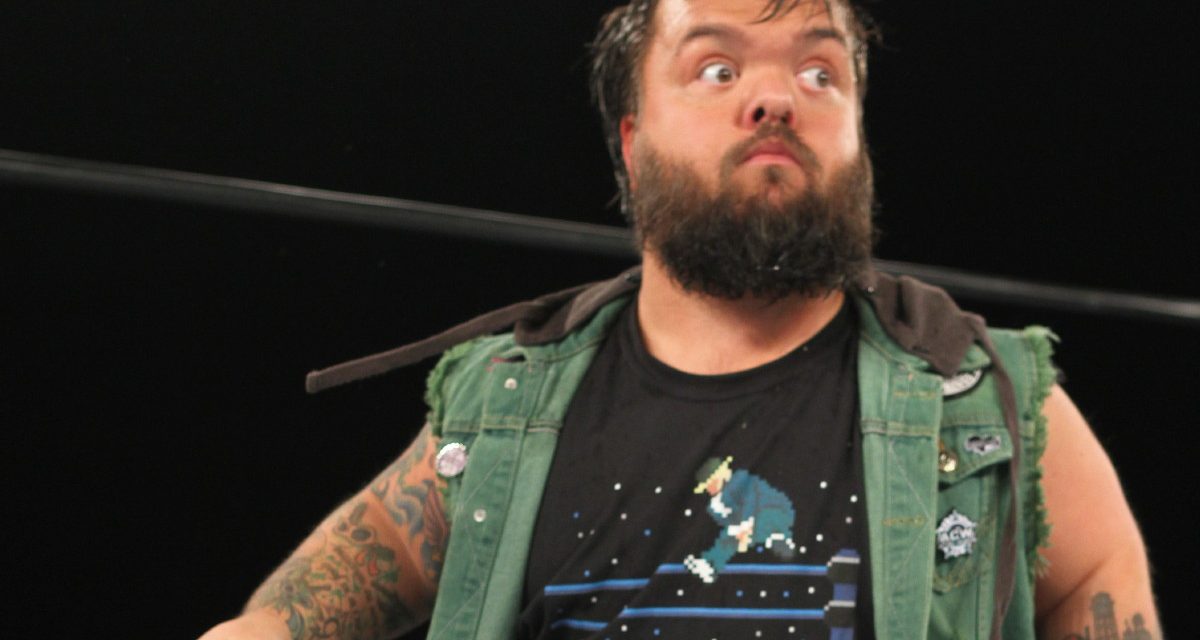 WrestleMania is widely considered to be the zenith of wrestling events across the planet. As a performer you strive to be on the card even just once so your name is etched in history. For Dylan Postl, then known as Hornswoggle in WWE, he has appeared on the show more than any other little person.

As a child young Postl begged his grandfather to rent WrestleMania VI over and over again. He was enthralled by the clash of titans that were WWE champion Hulk Hogan and the Ultimate Warrior. Little did he know he would join them in history. 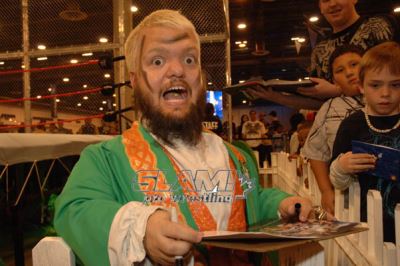 One of the aspects of the spectacle of WrestleMania is the sheer size of the occasion. Wrestlers at the WWE level are used to grappling in front of large crowds in arenas. When wrestling in front of a stadium full of people it is a different entity entirely.

“It’s WrestleMania and it’s crazy,” recalled Postl. “It is so much fun. It is almost indescribable because it goes so quick. It goes so fast. I bet that to Shawn and Bret the Iron Man match [at WrestleMania XII] went fast to them. You are so jazzed up and ready and then it is over, that was fun but now what? Then you go back to T.V. and you have to wait another year for it.”

When looking out at the crowds at WrestleMania, Postl recalled being overwhelmed because he didn’t see individuals as the stadium were so large and packed full of fans. “I always say that when I climbed the ladder at 23 I didn’t see people I just saw faces, it was very weird,” said Postl. “You look at the crowd and it is just faces and that is all you noticed. It is pretty incredible though.”

Hornswoggle’s debut on the big stage was at WrestleMania 23 at Ford Field in Detroit. Hornswoggle accompanied Finlay to the ring for the Money in the Bank Ladder match. In this contest was Hornswoggle’s trainer Ken Kennedy. “At 23 there is a fun little Dylan moment,” said Postl. “There is Ken, my trainer, the guy who got me my job, and we jump off the ladder. We land in the corner of the ring which is the hardest part of the ring. You can see him go, ‘Are you okay?’ I’m laughing because it didn’t hurt at all and I don’t know why I’m laughing. In front of 60,000, 70,000 people at Ford Field, it was awesome. I’m in WrestleMania, it is just great and I am laughing. I sit up and say, ‘Yeah buddy I’m good,’ and go back to selling.”

At WrestleMania 24 in Orlando’s Citrus Bowl, Hornswoggle felt a bit of pain courtesy of JBL. It was there that he seconded Finlay in his “Belfast Brawl” against JBL. For Hornswoggle he remembered being surprised by JBL’s adrenaline rush. “The moment with JBL throwing the trash can at me wasn’t planned,” laughed Postl at a recent CWF show in Niagara Falls, Ont. “He hit Fit and I saw him coming at me and I said ‘Oh no!'”

WrestleMania 25 was at Reliant Stadium in Houston, Hornswoggle found himself using an unusual launching pad. The Money in the Bank ladder match featured eventual winner CM Punk, Shelton Benjamin, Mark Henry, Kane, MVP, Kofi Kingston, Christian and Finlay with Hornswoggle. “I do the tadpole off of Mark Henry’s back and everyone falls and I mean everyone,” said Postl. “Kofi and Punk were the main ones in the middle catching me and you can see on the DVD when they catch me I look right at Kofi and say, ‘Thanks buddy.'”

WrestleMania 28 emanated from Sun Life Stadium in Miami where Hornswoggle accompanied Team Teddy Long to the ring to do battle with Team Johnny Laurinaitis. Once again Hornswoggle provided a fun moment in the match for the viewers and wrestlers alike. “Kofi almost screwed me, him and Truth had my hands and were doing this thing on the top rope and I jump off onto Mark Henry,” said Postl. “I need their hands to balance on the top rope and Truth has me and I’m looking and you can hear me clearly say, looking at Kofi going, ‘Hand! Hand!’ He goes, ‘Oh!’ As he is reaching up to give me his hand I go ‘F— it,’ and I jump. We get to the back and I say, ‘Kofi.’ He says, ‘Yeah, I know, I forgot. You were fine.'”

For Hornswoggle, WrestleMania was the top of the mountain, or ladder. For Dylan Postl it was the chance to fulfill a childhood dream.