Partnership between Williams and D’Amore continues to evolve 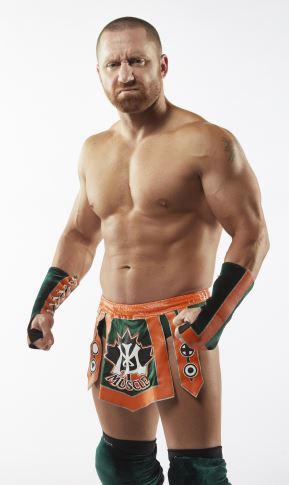 “What’s good now that he (Scott D’Amore) knows that I’ve been wrestling for almost 18 years, that I’ve been in this business. He actually expects and asks for more responsibility out of me with coaching the younger guys and taking into account my thoughts and opinions on the show. It’s good that we both grew up together and come closer together regardless of if we never see each other on a weekly basic like we did before,” he said.

This close relationship started off just like any other.

“In the early days, Scott and I were strangers. He was just my trainer. Scott is a great leader when it comes to wrestling. He could see those who are dedicated and want to work hard. He’s going to focus more on the ones that are dedicated because that’s who you want to focus on. As a good leader you want to focus on those that want to work hard and you’re going to help develop those wrestlers,” said William.

“As soon as I graduated college within months he was like, ‘Hey, they have a little angle for you called team Canada in Impact and I think you would be good for it.'”

“Our relationship just grew closer and closer. At one point I actually took over training at his school just because he knew how dedicated I was. He knew that I would be able to teach other students what he taught me and pass it along and then as time grew on, my first run in Impact our relationship grew even stronger. He’s only handful of years older than me, I looked at him as a father figure to me because we had similar goals in life,” said Williams.

While D’Amore is very knowledgeable about wrestling, he also cares deeply about his students.

“What he doesn’t want to do is just sign you up and take your money. A lot of wrestling schools do that and I think it’s wrong. He knew I had talent when I first started. I had the basics down and all that. At the time when I met him and I was going to wrestling school I was still going through college, working on my degree and he was very, very strong about, ‘You get your college degree. You work on your school first. Once you get that then you can go on and pursue your wrestling career.'”

“He understands that it’s really important for wrestlers to have something to do after wrestling. You look at a wrestling career, where you make it at a big company, for example. An average career could last anywhere from five to eight years. That would be a good career in a big company. He wanted to make sure that all of his students had some sort of back up plan just in case it didn’t work out for you,” said Williams.

“He cares about his students. He makes sure that you are taken care of. He can’t succeed unless you succeed. That’s how business works.”

D’Amore’s caring for his students was part of the reason that Williams returned to wrestling after a three year self-imposed retirement.

“I would say in the past three years when I kind of took a break from wrestling, I kind of broke all ties to everyone that I knew in wrestling and just focused on other things that I wanted to focus on. It was really amazing, Scott was the one to call me back up and kind of talked me into coming back to Impact and it’s like we picked up right where we left off,” said Williams.

D’Amore told Williams that his kids might want to see him wrestle. Williams and his wife “brought all three kids just to see their Dad, even though we were in the U.S., when I came out the reception that I got was pretty close to Canada. My kids were like, ‘Wow, that’s my Dad.'”

Wrestling was “first and foremost” before Williams had kids during his initial run in Impact Wrestling. Since having kids his mind set has shifted: “My family comes first now and wrestling comes second. That doesn’t mean that I still don’t love it. I just love my family and kids more.”