From the epic Wrestle Kingdom 12 to violent death matches to raunchy comedy wrestling this year’s wrestling vacation in Japan was one of the best ever. I have attended wrestling events all over the world including Canada, USA, UK, and Africa, but by far the best place to take a wrestling vacation is in Japan.

I attended numerous shows during my latest visit to Tokyo, which is documented in my wrestling diary below. 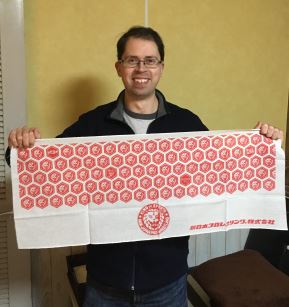 The joshi (women’s wrestling) promotion Ice Ribbon had its annual Ice Ribbon Mania show at Korakuen Hall. Before this event I had never watched an Ice Ribbon show so I was unsure of what to expect. Every match on the card featured athletic and strong style matches. After the main event ended, all of the wrestlers shook everyone’s hand in the crowd. This show was solid from the opening match to the main event and I will go out of my way to attend another Ice Ribbon event next time I am in Japan.

This was a joint show with matches from Big Japan Pro-Wrestling (BJW) and Dramatic Dream Team (DDT), which started at 8 p.m. I landed in Tokyo the day before and was very jet-lagged for this New Year’s Eve show. The highlight of the night came when Colt Cabana, who was dressed as Abdullah the Butcher, stabbed a plastic fork into a young boy’s head (young boy refers to a wrestler still in training and assisting the veteran wrestlers during the show at ringside).

In another match, the Brahman Brothers came out with baseball bats and a box of oranges. They threw an orange into the air and swung the baseball bat, which shattered the orange into many pieces and flew into the crowd. This continued for some time and included myself getting hit by a piece of orange.

Unfortunately, a woman was belted in the face with an orange that did not break. It looked like a baseball moving and had a sickening thud when it hit her. The orange then ricocheted up approximately 20 feet. The woman was holding her face in pain while the Brahman Brothers were laughing and pointing at the poor woman. I have never seen anything like this anywhere else in the world.

Taka Michinoku was pinned at exactly midnight to usher in the New Year.

The show ended around 1 a.m., with most of the audience seemingly burnt out since the show was five hours long.

I had been looking forward to attending a Zero1 event in person since I am a big fan of Shinjiro Otani. Otani is one of the pioneers from the famed WCW Cruiserweight division and was a big name in New Japan. In 2001 Otani co-founded his own promotion, Zero1.

Otani was introduced as the senpai, which loosely translates to mentor. However, the word senpai is based on Confucianism, Japanese family system, and the civil code of Japan so an exact translation into a single English word or phase is impossible.

Otani wrestled in the first match against one of the most inexperienced wrestlers in Zero1. They worked a very basic and logical match.

The main event featured Masato Tanaka, who is most known for absorbing Mike Awesome’s punishment. In the 1990s, Tanaka was Awesome Bombed by Mike Awesome over the top rope to the outside of the ring in ECW. I’ve followed Tanaka’s career since his early days in FMW (Frontier Martial-Arts Wrestling) where he took an unreal amount of punishment to his current day matches.

The show ended when Tanaka performed a brutal-looking dive onto his opponent from 15 feet above. While Tanaka still wrestles the hardcore style, his match psychology has never been better. The whole match built to a couple hardcore moves.

All Japan Pro Wrestling started off the afternoon at exactly noon. I was always pleased how events started on time in all the different promotions. I’ve been to many wrestling events in Canada, USA, and the UK where the show starts 10, 15 or even 20 minutes past the scheduled time.

Former WWE superstar Tajiri worked the semi-main event with a great blend of the WWE and Japanese style. It was a slower match than the rest of the matches on the card and Tajiri sold his ribs for the majority of the match.

Outside of New Japan, Joe Doering is the most over gaijin (foreigner). Doering had an epic back and forth match with lots of near falls. Doering was trained at Windsor, Ontario’s Can-Am Wrestling school in 2004 and went to All Japan as part of a talent exchange arranged by Scott D’Amore in 2007. Currently, Doering is in his second reign as the Triple Crown Heavyweight Champion.

There was a shirt that read F**K Cancer with a picture of Doering clotheslining someone with part of their brain popping out at Doering’s merchandise table. Doering was diagnosed a with stage three brain tumor in 2016, which was successfully removed. On January 2, 2017, Doering made his in-ring return. It was exactly one year since he first returned after his cancer treatment so this match had special feeling to it.

In the evening, I attended BJW and was unsure of what to expect. The undercard featured strong style matches. The Brahman Brothers dumped buckets of water on people in Korakuen Hall. A few fans in the front row brought big plastic garbage bags to shield themselves from the water. Other people scattered to avoid the water. One poor woman left her purse behind when she ran away. The Brahman Brothers picked up her purse and repeatedly spit water on it, which left it dripping wet.

I was nervous since I was sitting in the third row with a bag that had expensive electronics in it. When they came my way and dumped water on me I was able to pick up my bag and shield it with my jacket just in time. I had a cold wet walk to the hotel later that night.

The main event was a 200 light tube death match. One of the opening moves of the match was a whip into the light tubes, which shot pieces of light tubes into the first several rows. Young boys would shield the fans from the light tubes pieces but could not block all of it. Towards the end of the match there were some brutal looking slams onto a bed of nails.

All Japan had its second noon show in a row, which took place in Korakuen Hall and was just over half full. Tajiri and Joe Doering were tag team partners and had the best and the shortest match on the show.

DDT, which has the funniest wrestling, ran an event in the evening. The Brahman Brothers did their usual dumping water on people routine. However, after dumping water on people they blended a fresh octopus, beer, and a few other mysterious ingredients together into liquid. The Brahman Brothers took the lid off the blender and within seconds the fans nearest to the blender looked sick or were gagging. They chased audience members threatening to dump it on them and when they got close to me I started gagging from the awful fishy/fermented smell. They grabbed a young boy and dumped it on him.

Colt Cabana and Joey Ryan wrestled and are both great fits for the comedy wrestling that DDT is known for. Speedball Mike Bailey wrestled in a hard-hitting and high-flying main event.

Tokyo Joshi Pro ran early in the day and featured many women who would sing and dance on the way to the ring. This show had the least amount of wrestling with a lot of promos that I could not understand since they spoke in Japanese.

Immediately after Tokyo Joshi Pro ended I walked a couple minutes to line up at the Tokyo Dome for the Wrestle Kingdom 12 show. There were Wrestle Kingdom 12 festivities that occurred all day before and after the show, which felt like a big party atmosphere. There is a separate live report detailing Wrestle Kingdom 12 which featured the much-hyped Kenny Omega against Chris Jericho match.

I waited in line the whole day to attend NJPW’s New Year Dash and the live report was detailed in another article. While writing the New Year Dash live report, my computer started bouncing on the table. I stood up and almost fell down from the shaking! The windows were making a whining noise. I was experiencing a 4.9 magnitude earthquake.

While the NJPW shows of Wrestle Kingdom 12 and New Year Dash were the most anticipated shows during my time in Tokyo, I also greatly anticipated NOAH. Currently, NJPW is the most popular wrestling company in Japan and NOAH was usually a close second or the best promotion in Japan over the past 18 years. Japanese wrestling legend Mitsuharu Misawa founded NOAH in 2000. In recent years NOAH’s poor booking has hurt attendance at live events and the popularity of the product.

Even with its poor booking, NOAH delivers some of the best matches in world so I was very excited to watch NOAH live. NOAH had a great wrestling card from top to bottom that was as good if not better than the NJPW New Year Dash show from the day before. However, the storylines that New Year Dash created was much better than NOAH.

The semi-main event featured an Impact Wrestling X-division title match between Taiji Ishimori vs. Andrew Everett, which was interesting to see in Japan. This was a great high-flying match.

The main event was an amazing back and forth epic match between Kenoh and Kaito Kiyomiya. They wrestled a strong style match with many near falls and logical storytelling that made this match one of the best I have attended in Korakuen Hall.


This was shopping day where I bought an insane amount of wrestling merchandise. Toudokan is the largest wrestling store that I have seen. It sells many vintage and current products such as shirts, masks, books, magazines, DVDs, and VHS tapes (yes, Japan still uses VHS tapes). They also sell various in-ring items that were wore or used in a match.

I attempted to check out Toru Yano’s bar Ebrietas. Last year I was kicked out of Yano’s bar after I walked by signs in Japanese to find a seemly empty bar. When I turned a corner I saw Yano and Gedo at a table talking to each other. Yano bolted up and yelled “NO NO!” So I ran into the elevator. Later that day Yano returned to NJPW after wrestling at NOAH for several months.

I was a bit nervous to enter the elevator to his bar this year. Two wrestling fans greeted me as I waited for the elevator and said that there was a private function so I wouldn’t be allowed in. Maybe next year I will finally enjoy a night at Yano’s bar.

The wrestling portion of my trip ended and I flew to Okinawa, Japan to relax in the clear blue water and on the white sandy beaches, which is a great way to spend January when your home is the great white north of Canada.