Make-A-Wish has been a constant in Andre Giannico’s life — from granting his initial wish for a birthday party at eight years old to allowing him the chance to rub elbows with the likes of The Undertaker at one of the organization’s fundraisers in the early ’90s.

But Giannico, a lifelong wrestling fan, has one last wish to fulfill — becoming the first Make-A-Wish recipient to don the stripes as a WWE referee. For him, there’s “no other place to be.”

“[They’re] the top dog,” Giannico said. “It’s everything I ever wanted to do when I was a child is work for the WWF, now WWE.” 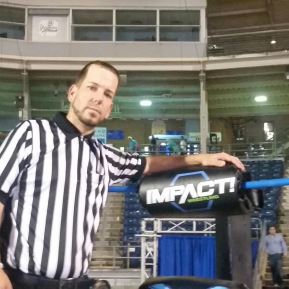 The colourful characters made Giannico fall in love with wrestling in the 1980s, and it was Make-A-Wish — having already fulfilled the birthday-party wish, complete with more than 100 friends and family, a clown, magician and a 55-piece marching band — that helped arrange for him to meet Ricky “The Dragon” Steamboat at the National Coliseum in Uniondale, NY.

“It was just amazing to have one of those larger than life characters in front of you,” Giannico recalled, “and he was an outstanding guy, [had a] great personality. He did everything that WWE superstars do now for kids with Make-A-Wish.” 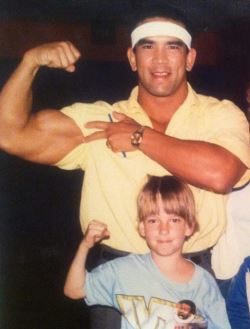 Giannico’s relationship with Make-A-Wish started because he was born with hydrocephalus (a condition in which fluid is on the brain) and had more than 20 operations by the time he was seven years old.

In November 1992, Giannico attended a Make-A-Wish fundraiser at Planet Hollywood that featured top WWE stars of the time, such as “Macho Man” Randy Savage, The Undertaker, Shawn Michaels and Vince McMahon himself. As a Make-A-Wish recipient, Giannico spent time with ‘Taker, goofed around with Ric Flair and mingled with the characters that captivated him every week on television. This, for Giannico, was “mind blowing.”

“It just made me want to continue and drive forward and do something within the WWE,” Giannico said.

What stood out about that night was getting a photo with The Undertaker, who noticed the flash didn’t go off when the picture was taken. Taker, according to Giannico, told the photographer to take another shot.

“He was actually my favorite wrestler at the time… He wanted to make sure that everything came out legit, and I got the picture I wanted,” said Giannico, who was included in WWF Magazine‘s coverage of that event in its March 1993 issue.

STEPPING IN THE RING

Giannico always wanted to be involved in the wrestling industry, but said he was unsure what path he could take because of his medical condition. His first plan was to become a colour commentator. This led to Giannico attending local wrestling events in New York, and he eventually met independent wrestler Psycho Kevin Bates, who had a friend starting a wrestling company and needed a referee. 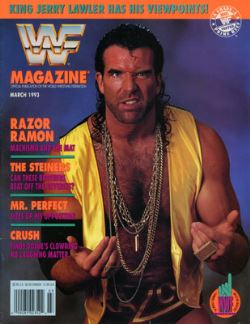 Giannico took the gig and “learned on the fly” with the now-defunct Hardcore Wrestling Alliance, which originally was owned and operated by former ECW mainstays Mikey Whipwreck, Paul Lauria and Mike Norman.

Being a referee was never something that crossed Giannico’s mind, but he “made it work.”

“I didn’t let anyone tell me I can’t do this… If I’m here and I’m loving this, why not just keep going for it?” said Giannico, who refereed his first show in August 1999.

Giannico said he “constantly” learns from everyone he steps in the ring with, but Whipwreck, Lauria and Norman laid the foundation.

“The three of them busted their ass to get into ECW, and the work ethic and the drive that they taught in that school was everything I emulated going forward,” Giannico said.

In 2014, Curt Hawkins and Pat Buck, owner of WrestlePro, opened a wrestling school in New York. One day Giannico stopped by the school, and Hawkins asked him if he wanted referee for them. 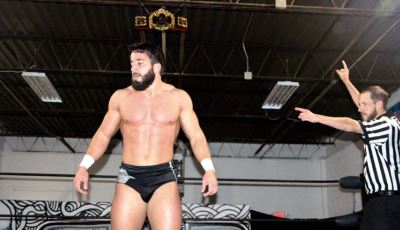 At that point, Giannico had been out of the refereeing game for a couple of years, but decided to get back into it.

Buck, who has known Giannico since 2001, said Giannico was “one of the only local reliable referees” and has since become the senior official for WrestlePro.

“To be honest, he’s always been a good ref,” Buck said. “There’s a lot of bad referees out there. I’m sure he’s improved with experience, but at the same time I think he’s always been decent.”

Despite knowing Giannico for years, Buck said he wasn’t aware of the connection to Make-a-Wish until 2017.

“When I heard about it, it caught me off guard, and it led to us talking about combining our efforts with wrestling with Make-A-Wish to put on a great local show where everyone benefits, which will be January 20 at Nassau Community College,” Buck said.

In recent months, Giannico has worked a couple shows for Impact Wrestling and refereed at WrestleCon. Friends had referred Giannico to Impact’s “upper management,” which afforded him the opportunity to don the stripes for a six-man main event pitting Bobby Lashley, Eli Drake and EC3 against Johnny Impact, Moose and James Storm.

Giannico refereed Ryback against AR Fox for WrestlePro in September and said, in contrast to those who claim the big guy is a “one-dimensional wrestler,” Ryback went “toe-to-toe” with Fox.

“Ryback literally showed the entire crowd that was there in Raleigh, N.J., that night, that he’s not a just a big guy wrestler. He can fly, too,” Giannico said.

Being a referee has given Giannico the opportunity to work with a variety of names in the industry, such as Tony Nese, Tommy Dreamer, the Dudley Boys, and Bobby Roode. Though a dream match for Giannico to referee would be Undertaker against Shawn Michaels.

“They are my two favorites wrestlers of all time,” Giannico said, “and I would just feel honored to be in the ring at that very moment.”