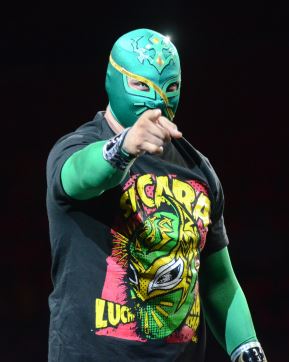 The new venue, home to the Detroit Red Wings and the Detroit Pistons, hosted its second wrestling show, after October’s Hell in a Cell PPV (also a Smackdown show). Unlike that show, which had pretty decent attendance, the Little Caesar’s Arena was not full for this event, with maybe 8,000 or so there.

Here’s what happened, along with some photos that my dad shot. He noted that he got a great spot to shoot, at the corner of the ring, and that the lighting at the new place is way better, and the staff friendlier than at the Joe. (He also complained a lot about how long it took to get out of the parking lot.)

The crowd started hot as The New Day made their entrance with a giant inflatable box of Booty ‘Os. They battled Shelton Benjamin and Chad Gable, along with The Usos for the Smackdown Live tag team titles. Motown made sure their favourites heard their voices, and eventually The Usos retained their tag titles. 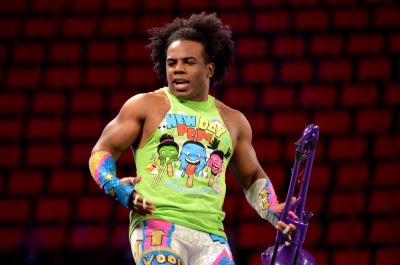 Xavier Woods and The New Day started things off.

Next, Sin Cara and Tye Dillinger went toe to toe in a short match which saw Cara gain the pinfall victory.

The women’s division put on tag team match that had the return of Becky Lynch, who had previously been injured a month ago. Becky and her partner Naomi were defeated by Sarah Logan and Liv Morgan of the Riott Squad when Ruby Riott caused a distraction on the apron.

Attention then turned to the large video screen at Little Caesar’s Arena. A surprise episode of “The Fashion Files” showed the Ascension help out their pals Tyler Breeze and Fandango by giving them encouraging words about their match with the Bludgeon Brothers later in the night. Tyler was pumped and ready, unlike his partner Fandango who knew it wouldn’t end well. 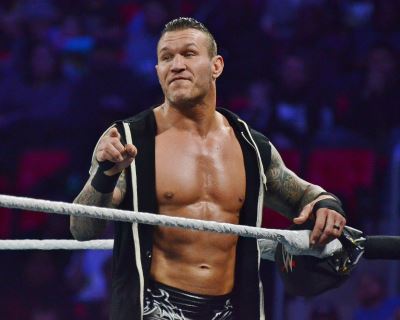 Up next was a star-studded six-man tag match between fan favorites Bobby Roode, Shinsuke Nakamura and Randy Orton (who all got very loud reactions) and villains Baron Corbin, Kevin Owens and Sami Zayn. The latter team could controlled a good part of the match while trash talking to the Detroit fans. But the hot tags of the other team and the crowd behind them let them pick up the victory with an RKO.

Continuing with the six-man tags, Aiden English and Rusev teamed with Mojo Rawley to defeat The Ascension and Zack Ryder. Chants of “Rusev” and “Rusev Day” echoed throughout the match.

The previously announced match consisting of The Fashion Police and the Bludgeon Brothers was on next. As expected, the stylish team got very little offense and was aggressively defeated by Harper and Rowan. 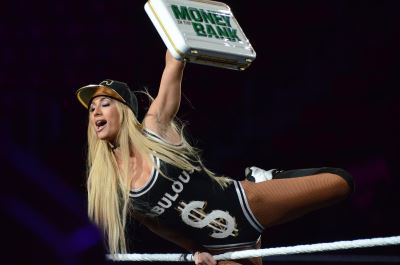 Carmella and her Money in the Bank briefcase.

The second women’s match was a fatal-four-way for the Women’s championship. Natalya, Tamina, and Carmella teamed up against Charlotte in the beginning of the match, but eventually the trio disbanded. Carmella and Nattie would team up once again but was broken up by miscommunication. Each woman got equal amounts of offense, and Charlotte put the Figure 8 on Natalya for the win. 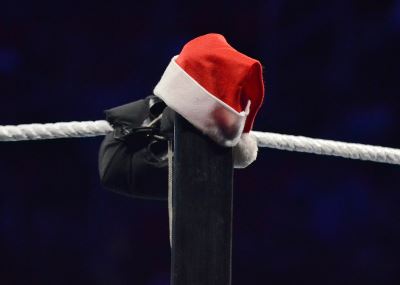 Santa was in the house, or his hat at least.

During the intermission, a steel cage was set up for the main event of Jinder Mahal versus AJ Styles for the WWE Championship. Mahal and the Singh Brothers came out to deafening boos as he cut a promo on how he would defeat AJ Styles. Styles came out to the largest reaction of the night, and the match started. Jinder used his size advantage for most of the match to ground AJ. Whenever AJ did get his offense in, Samir and Sunil Singh would somehow prevent him from escaping the cage. The two then went into the cage and attack AJ only to be beaten up. AJ scaled the cage and kicked the cage door in Jinder’s face before touching the ground. The night ended as AJ walked out victorious.