Hello all, and welcome to my journey. I will be touring central Canada in the middle of winter for over three weeks, wrestling for Canadian Wrestling’s Elite, and documenting the trip once again on SLAM! Wrestling. 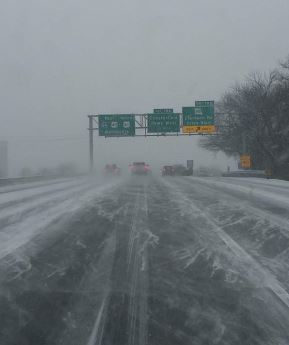 Icy roads, starting in St. Louis, where this photo was taken, made the drive much longer than anticipated.

Today begins the second day of the tour. It’s is 634 a.m. on Wednesday, December 27th as I write this. Let me recap what’s happened so far, because as I explained to my buddy, and someone who will be making some HUGE waves in the wrestling world in the years ahead, Kevin Lee Davidson (KLD), it is absolutely impossible to even guess what may happen on a tour. You can only experience it as it comes with the passage of time.

KLD and I left St. Louis on Christmas Eve, 8:30 a.m., and started our drive to Winnipeg. Our original goal was to go straight to Winnipeg, crash at someone’s place and relax for a day before the tour begins.

Due to icy road conditions, it took us a lot longer, and we ended up rolling into Fargo, ND, just after 10 p.m. In short, we decided to grab a hotel there and just take it easy. I know that in the weeks ahead, there will be plenty of times we will hafta “ironman” it, with the driving, or uncomfortable conditions, so any chance I can take it easy and stay rested is a must! 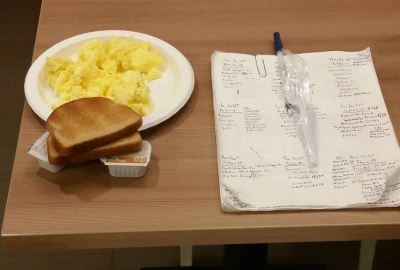 Up bright and early Christmas Day, eating free hotel breakfast and doing promotional work, as well as helping with logistics for this adventure.

Christmas morning we drove the final four hours to Winnipeg, where we checked into our hotel there, and continued our celebration of lounging. It was far too cold to even leave the hotel at -18F (-27C). Special thanks must be given to Tyler Colton and his family, for giving us a wonderful homemade Christmas dinner. Tyler showed up, and simply said, “My mother heard you guys were in town in your hotel, contemplating what to eat for dinner, and insisted I come over with a plate for each of you.” We spent the next hour catching up with Tyler before he headed back home and we call it a night. Complete with happy and full bellies thank to Mama Colton. Thank you so much! We really appreciated that wonderful food! 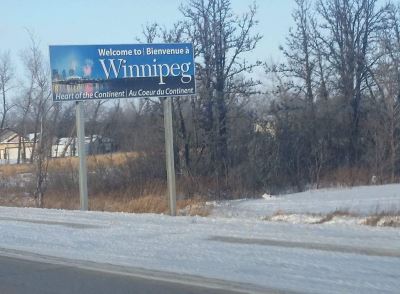 The texting and messaging had begun while we were still driving up. Figuring out who’s doing what, the transportation situations for the tour, and the general organization of things overall so we can run like a well-oiled machine for the next 21 days. It was decided that I would go and pick up the rental truck that would haul the trailer. And here’s where the tour almost ended before it even began.

My instructions were to go to the Enterprise rental where a truck would be waiting for us, which I did. For a fleeting moment, the thought popped into my mind that they don’t allow you to tow trailers with rental vehicles. Nonetheless, I filled out the paperwork and took off with the truck without so much as checking the back end to see if there was the proper undercarriage and hookups for a trailer hitch. I figured a Ford F-150 comes equipped with all that, even though for a quick second I thought I should check. But being outside in -18F weather does funny things to a person, like overriding logical thinking with, “F this, I’m getting inside, somewhere, anywhere” kind of thoughts. So off I went to pick up the ring trailer … and, of course, upon inspection, we realize that there was no towing apparatus. What to do? It was almost noon. We were stuck. Without hesitation I started firing off emails and texts. We needed a proper vehicle and NOW. It was a 45-minute drive to the venue, we had a 3:30 p.m. call time to set up, because film crew was to be on hand to start filming the documentary on our life on the road. 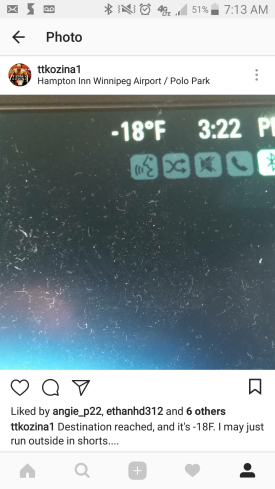 The temp outside according to our vehicle. (That’s -27 C.)

Long story short, after a little bit of back and forth, the good people at Enterprise directed us to their trucking location, where they found a 1-ton Super Duty for us to use.

For about 30 minutes though, it was looking mighty bleak, and without a vehicle to transport the trailer, we were dead in the water! I had contacted several different wrestlers, and other people on the team asking about vehicles, who had what and who knew somebody, etc. Needless to say, everyone was a bit panicked for a time, but in the end, we got what we needed and off we went.

Stonewall, Manitoba, our first show, couldn’t have been much better than it was. Standing room only, and a hot crowd that was on fire for everything. Everyone in the back room wore smiles, and we ended the show right on time. The after-party was a great success with good food, and a round of high fives and handshakes as we officially began this monster tour.

After that, I retreated to the house I’m staying at, and here I am, after a nice comfy sleep.

Day 2 will begin shortly, but the whole damn tour nearly ended before we even got going..

Ahhhhh, I love this business. 🙂 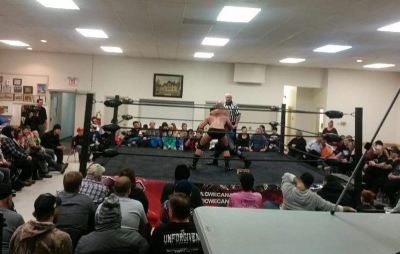 A packed house in Stonewall to start the tour.