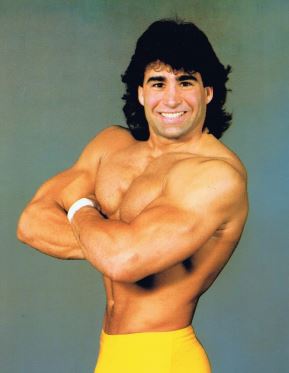 Tom Zenk, known for time teaming with Rick Martel as the Can-Am Connection in the 1980s, died Dec. 9 at 59 years old.

Trained by Eddie Sharkey, Zenk was a bodybuilder turned wrestler who earned the title Mr. Twin Cities in May 1981 after coming in at third place in October 1980 for the Mr. North Country championship. In July 1981, Zenk earned the Mr. Minnesota triple crown, securing titles in the overall, heavyweight and most muscular divisions.

Road Warrior Animal discovered Zenk at a bodybuilding competition and suggested he make the journey to professional wrestling.

“Curt Hennig, Rick Rude, Scott Simpson (Nikita Koloff), Dean Peters (Brady Boone) and Barry Darsow and I had all been at high school together (Robbinsdale High — Verne Gagne’s old school),” Zenk told Mike Rodgers, of Ring Around the Northwest newsletter. “In fact, Hennig used to help out with the guys that used to beat up on me. He used to slap the guys off of me. Back then I was about 135 pounds.

“Anyway, they were all making a good living off wrestling. It seemed a good way to make some money off my body and looks. So I thought, ‘Why not?'”

Zenk wrestled for AWA in Minnesota, along with Don Owens’ Pacific Northwest Wrestling, and only two years into his professional career was signed to the then-World Wrestling Federation. He began teaming with Rick Martel as the Can-Am Connection.

“He really was so similar to me. His style. And later on I found out that Tom had been watching me a lot and kind of copied my style and did a lot of the moves that I was doing,” Martel said. “Plus with his look being the same as me, a lot people kept comparing us.”

In the same interview with Rodgers, Zenk said Owens was his favorite promoter to work for.

“Don Owens was a man of his word. Don was a saint,” Zenk said.

After walking out of the WWF, Zenk worked for World Championship Wrestling, beginning in 1989, as the Z Man and teamed with Brian Pillman.

“I’d managed to negotiate a two-year deal at $156,000 a year,” Zenk told Rodgers. “I was on holiday from working in Japan when (Ric) Flair and (WCW boss Jim) Herd called me. 156 was a good deal back then. Plus, they promised to make me one of the top five babyface with Sting, (Lex) Luger, Pillman and Flair. At the time, it looked like Ted Turner was going to change the face of wrestling — building good, young talent with guaranteed long-term contracts and good working conditions.”

Zenk is survived by his parents, siblings and eight nieces and nephews.

Kari Williams is a Midwest-based journalist. She can be reached at [email protected], and you can follow her on Twitter @Kari_Williams.