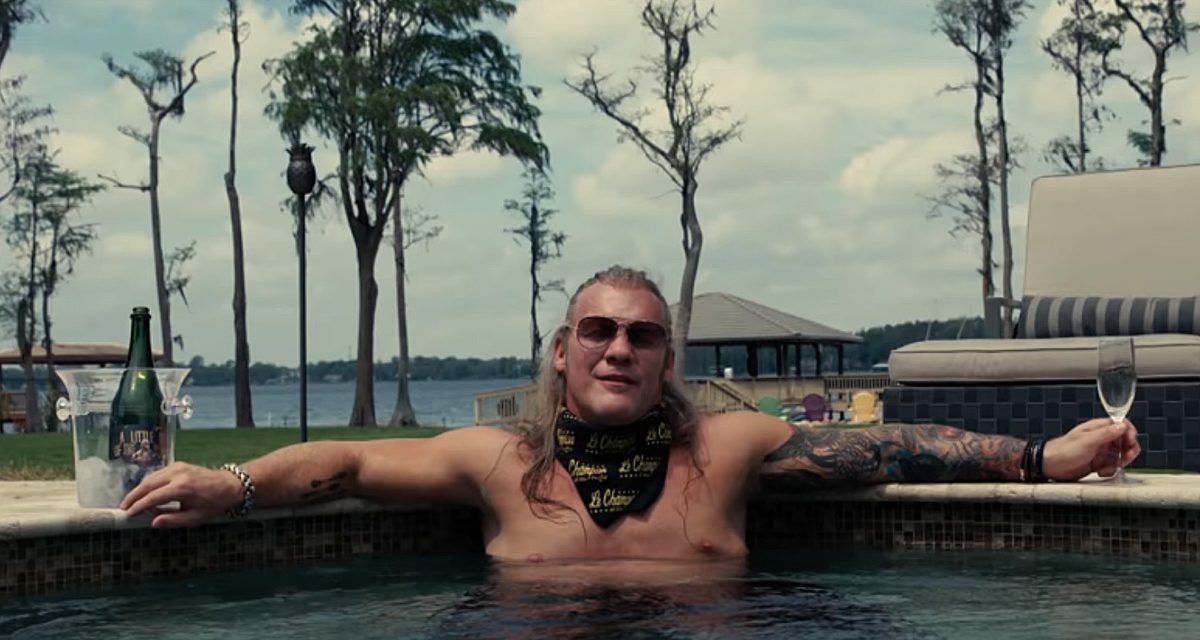 Chris Jericho doesn’t have it easy… and we aren’t talking about his upcoming match against Kenny Omega at Wrestle Kingdom either.

He isn’t getting the credit he deserves on his sci-fi TV show, he lost the script to a superhero film he is cast in, comedian Colin Mochrie has stolen his date and to top it off, all of Canada hates him.

And that is just the first three episodes. 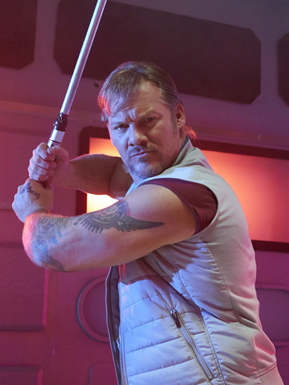 Chris Jericho on the set of Space Crusaders. Photo Courtesy of: Steve Wilkie.

Chris Jericho and all of his zany friends are back in season two of But I’m Chris Jericho, CBC’s original comedy, webisode series.

In the show, Jericho plays himself in a fictionalized depiction of his life, much like musician Chris Isaak did in his series on Showtime. In this reality Y2J stars in a low-budget sci-fi TV series, is partnered with Michelle (Mayko Nguyen from Killjoys, Slasher) and is managed by the dubious Phil (Andy Kindler of Bob’s Burgers, Everybody Loves Raymond and Wizards of Waverly Place).

The series follows the comical trials and tribulations of his showbiz career and personal life after Jericho has left the world of Codebreakers and Liontamers behind. Canadian comedian Colin Mochrie (Whose Line Is It Anyway?, She’s the Mayor) makes an appearance in the third episode as himself. Jericho accidentally turns down a high-profile date to a charity event. While Canada condemns Jericho on social media — #diejerichodie — Mochrie swoops in to play the white knight.

Jericho’s partner in crime through a lot of these adventures is unwanted houseguest Tony (Workin’ Moms‘ Kevin Vidal). Tony also happens to be the son of Ms. Lawrence (Arlene Duncan), the producer of Jericho’s TV show. As the manic Tony, Vidal is one of the standouts of the series. He is the Troy Barnes to Jericho’s Jeff Winger. Jericho teams with Tony to devise a madcap scheme to beat Mochrie at his own game.

Besides Jericho himself, the noteworthy star of the show is Andy Kindler, agent Phil. Kindler is slimy as all get out but you cannot help but to sympathize with him in a way because he has to deal with the perpetual public relations nightmare that is Y2J.

But I’m Chris Jericho is exactly like Jericho, who has kept his wrestling persona fresh and fascinating for 27 years. It is sarcastic as heck, zany and very entertaining. Why this isn’t a full-blown, episodic television show we aren’t sure, as it is better than many of the droners that pass for comedy on network television these days.

You can watch But I’m Chris Jericho butimchrisjericho.com.