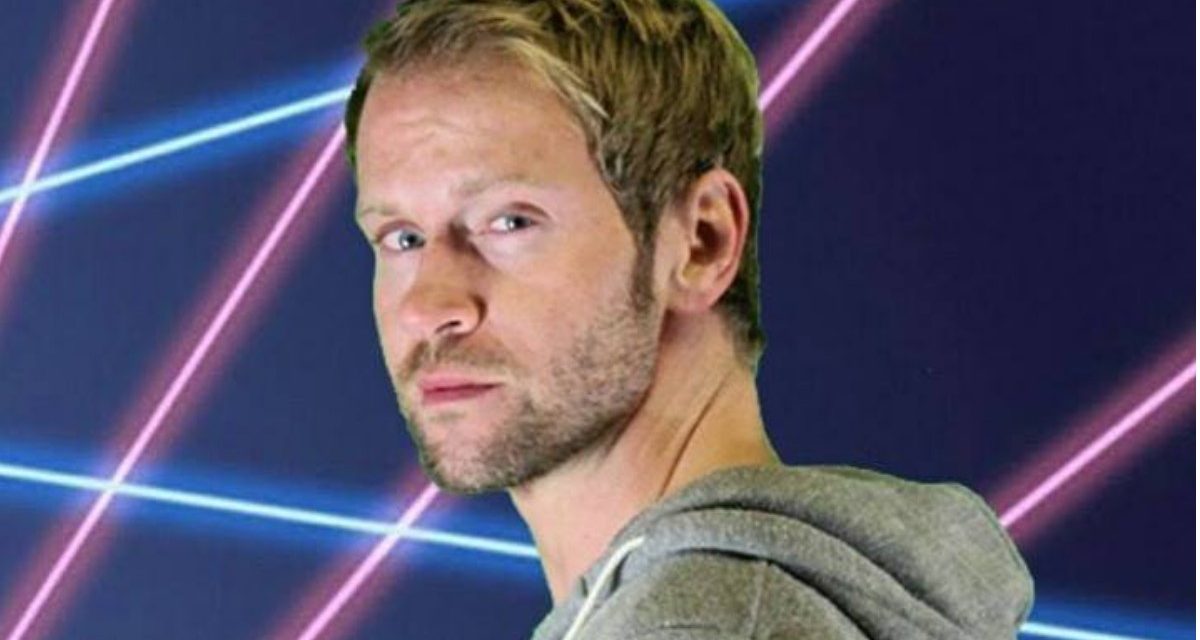 Sometimes change comes incrementally and sometimes it happens in an instant. Change can cleanse the soul. Change can be like a wildfire that wipes out a forest, but the ashes provide nutrients to make the soil fertile once again. For Gregory Iron, he thinks he didn’t change, that we did.

For the last 11 years Iron has inspired audiences by being the only wrestler to have cerebral palsy and perform in the ring. His positive attitude and hard work were exemplary as were his high moral standards in and out of the squared circle. Iron was the “Handicapped Hero” that children looked up to and fans cheered for. 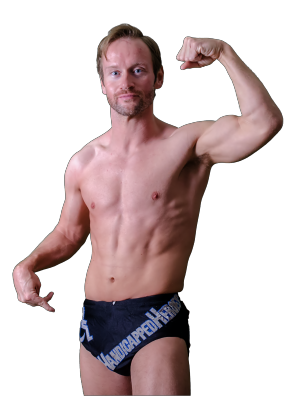 “I feel like the same guy I’ve always been,” said Iron at a recent Empire State Wrestling show in Niagara Falls, New York. “What it comes down to is the fans’ attitude changed. I come out to New York every month and I try to give it my all, do my best and I would appreciate some sort of respect. Look what I come to the ring to do. Not only am I the only wrestler with cerebral palsy, I have one arm and I overcome the odds each and every night in the ring and each and every night in life. I should be commended for that.”

This self-entitlement permeated every word that poured out of Iron’s mouth. When SLAM! Wrestling first interviewed Gregory Iron in 2014, he was upbeat and positive in his outlook on life and his career. Now a different man was being interviewed. He seemed to be a man that has a chip on his shoulder from the hardship of the rough road that is professional wrestling.

“The fans want to treat me like I’m different, like I’m the disabled one?” questioned Iron. “What it comes down to is that I might wear the handicapped symbols on my gear but the people in the crowd are far more disabled then I’ll ever be.”

Iron has let envy and greed enter his heart. He has felt over looked and that his achievements have been shunted to the periphery.

“I am just asking for the respect I’ve earned from an illustrious 11-year career,” said Iron. “I think some people look at me and think, ‘Oh the handicapped wrestler is a great character, that’s a great gimmick.’ What it comes down to is I’ve thrown down with the best in the world like Braxton Sutter, Johnny Gargano, Son of Havoc, Silas Young, I’ve wrestled Vader. I’ve wrestled them all and I’ve overcome the odds. It doesn’t matter that I’m 5-foot-4. It doesn’t matter that I have one functional arm. I still have, arguably the best physique in the locker room, arguably the best move set and I am pretty damn good looking too. I have done some research and I am the best looking man with cerebral palsy and no one has come close. No offense to my cerebral palsy brothers, but step up your look game and step up your style game because you are not on par with the Handicapped Hero.”

Iron does not take any responsibility for his recent attitude shift. He points the finger of blame everywhere but at himself.

“I feel like it is one of those things when you have a significant other in your life and you see them every day and you think everything is well and good and fine and dandy but it is really not,” said Iron. “The fact of the matter is there are problems that are not being addressed. I don’t know what I was doing to not fulfill my obligations as a professional wrestler, as a performer and as a good human. I came out here every single month and did my job and I thought everything was A-okay. If there were any problems then we should have addressed them, but instead of getting the cheers that I deserved they booed. They harassed and they disrespect me. How can I fix the relationship if you don’t tell me what’s wrong? There is no turning back now. I am not going to fix the relationship from this moment onward. Whether they want to admit it or not, they will, they will appreciate Gregory Iron. Most of the audiences that come out to these shows don’t seem like the best communicators.”

The charismatic Iron has surrounded himself with his own followers in promotions across North America called the Iron Curtain. Young wrestlers seem to fall under the spell of Iron and do his bidding so he can succeed.

“If you want someone to live your life by, you look towards a leader,” said Iron with conviction. “I would like to think that I am a leader. Not only am I a leader, I am the most intelligent man alive. I would like to think that if you are a young aspiring wrestler and you want to get far in this business you want to come under the learning tree of someone who will teach you to do things the right way. You don’t take any disrespect from anybody; you don’t wait for things to be handed to you, you take it and that is what the gentlemen in the Iron Curtain do for me. They want to know what is my secret, why am I so smart. Well, I do a lot of reading, Wikipedia is a great tool. Click one thing, click another thing, before you know it you are down the Wikipedia rabbit hole and you are as smart as Albert Einstein. They admire my training regimen, I am very vascular, and I have four to six abs depending on what I have to drink that day. I don’t drink and I don’t smoke and people want to live that lifestyle. Do you want to die of cancer, do you want to die of liver poisoning? No. These are my secrets.” 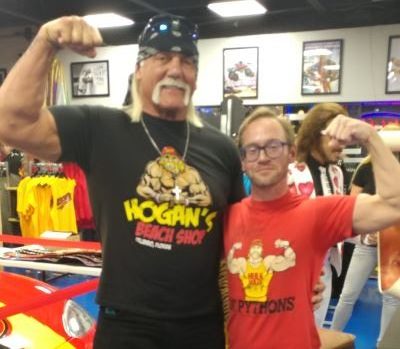 Recently Iron, a huge Hulk Hogan fan, had the opportunity to meet “The Immortal One” in Florida. Photos showed Iron waiting in line like any other fan to receive an autograph from the Hulkster. Iron seems to remember the meeting differently.

“I got a call on my phone from a private number and it turns out it was Hulk Hogan’s people,” said Iron. “They reached out to me and said, ‘Mr. Iron, we don’t know if you have ever heard of this gentleman. He is a little bit of an older gentleman now and he doesn’t have too many days left. His name is Terry and his dying wish is to meet the only true moral wrestler and inspirational athlete and that is you Gregory.’ I’ve got to be honest, I was a little bit bothered, and I was eating dinner at the time. A couple of days later I got back to them and told them I would meet their Terry guy. What can I say? I am a good human. I guess he owns this beach shop and I stopped by. He was a bit red in the face. I thought he was blushing but he just spends too much time in the sun. Regardless he was taken aback by seeing me in person. I gave him some autographs and gave him some inspirational advice. I told him to train, say your prayers, eat your vitamins. I am glad he could meet his hero. I meet my hero every time I look in the mirror.”

Gregory Iron was once the pillar of inspiration to wrestling fans everywhere. As a result, his recent shift in thinking has alienated him from the people who want to support him. Perhaps, one day, when Gregory Iron looks in the mirror he might see a face he no longer recognizes. It might not be too late to make the change back to the man we all used to know.

Caleb Smith was shocked by how much Gregory Iron has changed! He had to admit that Iron sure was handsome and had good vascularity.