Mat Matters: How Jericho-Omega happened, and why I’m excited

It’s less than a month now until we get the most anticipated match of 2018: Chris Jericho versus Kenny Omega at Wrestle Kingdom 12 in Japan. How did the bout come about it? It’s a testament to good workers, for sure.

Jericho hasn’t wrestled in Japan in over 20 years, so it came out of the blue that he would actually get into a New Japan Pro Wrestling ring.

It started with Jericho and Omega engaging in a Twitter war recently with most people thinking it would build to a match on the boat cruise that Jericho was promoting.

“Believe me, I’ve got zero interest in ur ‘business’ or @njpw1972! But I’ve got an idea where we can settle this…” – Chris Jericho 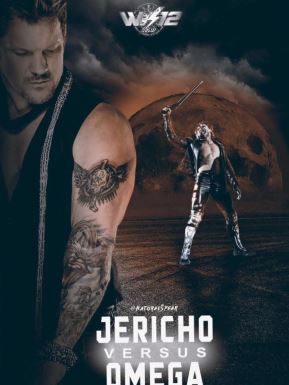 Both wrestlers tweeted insults back and forth for days, “I’m just the guy having those 6 star classics you keep hearing about. Surely Y2J’s had plenty of those in the ‘BIG LEAGUES’ right?” – Kenny Omega

“Your matches are incredible. Too bad nobody sees them…. #minorleagues” – Chris Jericho

Omega’s next tweet looked like the twitter feud would fizzle into nothing: “Twitter angles are fun, but it’s just a lot of talk with absolutely no pay off. You’re there, I’m here. No more free publicity. Case closed.” – Kenny Omega

The match on Jericho’s boat cruise was not booked but it certainly did not fizzle into nothing. Instead, a far more unexpected event took place.

During the New Japan Pro Wrestling (NJPW) annual event, Power Struggle in Osaka, Japan, Omega called out anyone. The Edion arena darkened and the big screen showed a count down that revealed Jericho. Jericho challenged Omega to a match on January 4 at Wrestle Kingdom 12 at the Tokyo Dome. Omega accepted the challenge.

Since this is such a rare match I had to buy a Wrestle Kingdom 12 ticket and book my long flight from Toronto to Tokyo. I have travelled to many different countries to watch pro wrestling.

But this is different.

Each man has dominated their promotion. Omega has wrested in Japan for nearly 10 years and is arguably the best wrester in Japan, and Jericho wrested in North America for 20 years and carried the WWE in the early- to mid-2000s.

The rarity of these two different worlds colliding cannot be overstated.

There are many interesting factors that play into this match since both wrestlers have never faced each other and were in different wrestling worlds during their career prime. Plus both have deep ties to Winnipeg.

Will Omega be able to adapt to Jericho’s style? Omega’s best matches are with wrestlers who are athletic and fast-paced.

Aside from the star power that Jericho brings to NJPW, there are some questions about whether the 47-year-old can keep up with the fast-paced and athletic Omega. Japanese wrestling is usually faster paced and the style is stiffer than the WWE. Since Jericho hasn’t wrestled in Japan in over 20 years, there is some question whether the Japanese fans will accept his match.

After the match was revealed, Jericho praised Omega on the Talk Is Jericho podcast, “Kenny Omega is the best performer in professional wrestling today, the most critically acclaimed, the most buzz,” Jericho said.

While Jericho praised Omega, he revealed that he hasn’t watched a single Omega match when he was a guest on Jim Ross’ podcast. As the time comes near for the January 4 Wrestle Kingdom match, Jericho will study Omega’s matches and come up with ideas on how to work the match. Jericho’s lack of familiarity with Omega’s body of work may result in an awkward match.

There are questions about how the match will be executed, but there is no question that Jericho’s appearance in NJPW is an attempt to target casual wrestling fans to watch the product. Since Jericho is a “free agent,” we may be seeing him in ongoing storylines for NJPW.