On Wednesday night, the Professional Wrestling Hall of Fame announced its Class of 2018, which included two new categories, and a few memorable catchphrases too: Hooooo! Oooooh yeaaahhhh! Dontcha dare miss it! In the end, let’s just say that all the little Stingers will be happy.

PWHF President John Mantell Lusk joined Stew Myrick and Justin Simmons on 104.9 The Horn to reveal the class, for induction weekend in Wichita Falls, Texas, May 17-19, 2018. 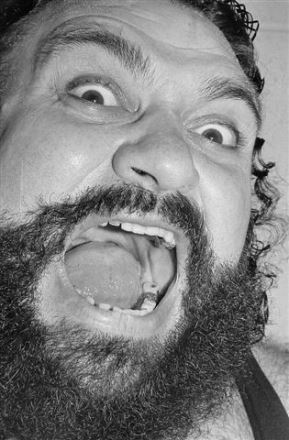 The best known names to fans, by far, are the inductees into the Modern Era (1985 to present). It’s Hacksaw Jim Duggan and Sting. Mantell knew Duggan (“Hooooo”) really well through their time together in pro wrestling, and Mantell was with him on Duggan’s first tour of Japan. Duggan “made himself a star everywhere he went,” said Mantell, relating how Duggan is still recognized wherever he goes, primarily from his run in the WWF. As for Sting, what can be said that hasn’t already? He was one of the top stars in professional wrestling from the mid-1980s until the 2000s when he was TNA World champion; a recent run with WWE didn’t go exactly as planned, but he was still in the main event picture.

In the Television Era (1948-1984), it’s wrestler and promoter Eddie Graham and football star turned pro wrestler Ernie “The Big Cat” Ladd going in. Graham was “one of those guys that did wrestling the right way in Florida,” said Mantell, leaving out Graham’s headlining run in Madison Square Gardens as a part of the Golden Grahams tag team. Mantell knew Ladd far better. “I got to drive up the highway with him,” said Cowboy Mantell, calling him a “personal favourite.” Mantell used to have a Ford Grenada and Ladd would to sit in the back seat sideways and they’d talk wrestling for hours from town to town in Mid-South. “He was forever teaching the young guys in this business.”

Training also had a lot to do with the induction of Hiro Matsuda into the renamed Territory/Journeyman/Colleague Division. Besides being “a star every place he worked,” since “Japanese guys could really get heat on TV,” Matsuda settled into Florida, where he was an instructor to the likes of Hulk Hogan, Paul Orndorff and B. Brian Blair, as well as Mantell’s older brother Ken Mantell. Cowboy talked to Hiro’s widow and daughters, and “they were very excited and enthused about him finally getting some recognition.”

Recognition will not be an issue for Red Bastien who will be inducted twice in the Class of 2018, making him the third person to be inducted into two categories. First up is his tag team with Billy Red Lyons (“Dontcha dare miss it!” as an announcer) in the Tag Team Division. The “Flying Redheads” were a solid team from the 1960s into the 1970s, from Texas to the AWA. Bastien is also the first inductee into the new Executive Division, meant to honour bookers, promoters, journalists and the like. He was a booker in many territories, a noted trainer (including Sting and the Ultimate Warrior) and promoted shows around Los Angeles, including shows aimed at the Hispanic market.

Likewise, Pampero Firpo (“Oooooh yeaaahhhh!”) never had a lot of difficulty being recognized. The “non-stop wildman” goes in the International Division, a nod to his Argentinan birth of Armenian descent. Mantell called him “a character beyond characters” who was “a lot of fun in the ring.” Firpo, now retired from the United States Post Office, is still living in California, and Mantell said that Firpo’s son and daughter are hopeful he can get out to Wichita Falls.

In the Ladies Division, it’s Toni Rose, who promised to attend. After deciding at the age of seven to become a pro wrestler, she trained with the Fabulous Moolah and debuted in 1965, and soon became a top name. “She was so excited .. shocked and overwhelmed” but the honour said Mantell.

The second new category is the Referee Division, and the first inductee is Joe Higuchi, the late long-time referee in Japan who was tasked with keeping the gaijins happy. “He was the guy that traveled and was our interpreter, and made sure everything was okay for us when we were in Japan,” recalled Mantell. Higuchi originally wanted to be a wrestler but became a referee.

In the Pioneer Division, it’s Fred Beell and Ruffy Silverstein. Beell wrestled in the late 1890s for a good while until becoming an auxiliary police officer in Marshfield, WI, where he was killed in the line of duty. Since he and his wife didn’t have any kids, “police department was really his family.” said Mantell. “The police department is rounding up some memorabilia that they have up there” for display in the PWHF. Silverstein was a great amateur wrestler before turning pro; he actually made the U.S. Olympic team for the 1936 Games, but because he was Jewish, boycotted the trip along with other Jewish athletes. He was an accomplished pro.