WarGames needed to be ‘tweaked’ for NXT: Triple H

The WarGames match was reinvented to give the mature and growing NXT brand its own unique identity. WarGames is a physically brutal and punishing match that hasn’t occurred in 20 years.

That is until this Saturday November 18 at NXT TakeOver: WarGames at the Toyota Center in Houston, Texas. 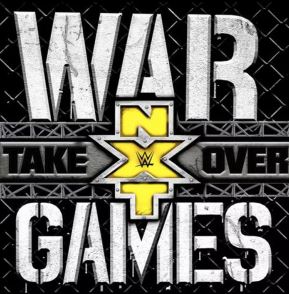 “We want to turn a whole new generation onto the WarGames,” said Paul “Triple H” Levesque, the Executive Vice-President of WWE, Thursday afternoon on an NXT conference call. The WarGames match features The Authors of Pain (Akam and Rezar) and Roderick Strong vs. Sanity (Alexander Wolfe, Eric Young and Killian Dain) vs. The Undisputed Era (Adam Cole, Bobby Fish and Kyle O’Reilly).

“I don’t want to say that it needed to be fixed but there were a few things that there were some concerns about. We wanted to tweak it to make it work for us. I don’t feel like we have changed the concept of what it is,” said Levesque.

Another exciting match on NXT TakeOver WarGames is the fatal-four-way match for the vacant NXT Women’s championship with Ember Moon vs. Kairi Sane vs. Nikki Cross vs. Peyton Royce.

Triple H is ready, as the Mae Young Classic women’s tournament “opened our eyes” and “made us aware” of the depth of women’s talent. “The (women’s) talent is there and we have to tell the right stories.”