Petey Williams looking back — and ahead

“The Canadian Destroyer” Petey Williams now counts his appearance at Impact Wrestling’s Bound For Glory pay-per-view in Ottawa as a career highlight. The crowd reaction to his entrance is a big reason why.

“The warmth of the ovation from the Ottawa fans when I stepped into the arena gave me goosebumps, it was better than I had anticipated,” said Williams on Wednesday afternoon during the weekly IMPACT Wrestling media conference call.

At the November 5th event at the Aberdeen Pavilion, Williams was in the six-man battle for the X Division title, with champion Trevor Lee retaining his title against Williams, Dezmond Xavier, Garza Jr., Matt Sydal and Sonjay Dutt.

Canada has always played a part in Williams’ career. A native of Windsor, Ontario, for most of his career he was put into Canadian roles such as the Maple Leaf Muscle, and the former captain of Team Canada.

But that was in the past.

He recently returned to action after a self-imposed retirement. 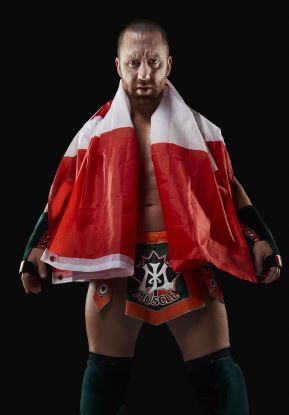 It was Scott D’Amore who convinced him to make a return to the ring. D’Amore who runs the Can-Am Wrestling School in Windsor, has trained many great wrestlers. While Williams wasn’t a new rookie, he took baby steps coming back, including his first bumps at D’Amore’s school, going through the fundamentals again.

“I knew guys that trained for a year (before their first match). Scott is not going to let people go out there and hurt themselves or hurt somebody else. He has too much pride in the wrestling world,” said Williams.

Williams was asked about his signature finishing move, The Canadian Destroyer. He said that it was created in his mind in a car trip but it took a long time before he performed the move since he was afraid that it could hurt his opponent. Matt Sydal was the first person to take The Canadian Destroyer, and Williams used the unnamed move for a long time. He came up with the name of his finishing move by going back to his roots,

Another favourite from the past was Williams working alongside Scott Steiner, when they did the Little Petey Pump and Big Poppa Pump storyline. Williams credits Steiner for letting his guard down and opening up to him, and Williams tells the TNA office almost weekly that they should bring back Steiner because he enjoyed working with him so much.

Looking ahead to Thursday night, November 16, Williams wanted to promote his bout against Global champion Eli Drake. “I never got the opportunity to fight for a championship like that before so it’s huge for me,” he admitted.

Down the road, Williams would like to transition into helping the younger talent develop characters behind the scenes.

Fresh from a three-year retirement, Williams can appreciate his career longevity and credits ti to his smart and cautious style.