It will be The Cleaner against Y2J at Wrestle Kingdom 12 on January 4th.

After weeks of Twitter back and forth between IWGP United States Heavyweight Champion Kenny Omega and Chris Jericho a match between the two Canadian wrestling icons has been set for NJPW’s Wrestle Kingdom, their version of WrestleMania. 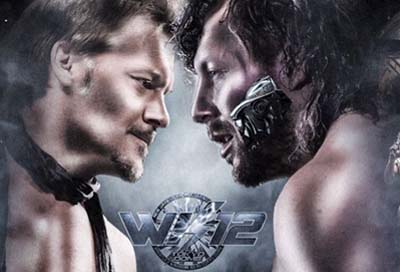 While Omega was bidding the crowd farewell with his usual banter, a video played of Jericho holding a picture of Omega.

“What a dynamic performer! What a fantastic, tremendous performer! But…he is not the best in the world,” said Jericho as he tore the picture in half.

“I am,” Jericho continued. “So many have claimed to be the best in the world like Shawn Michaels to Edge to CM Punk but they are all gone. I am still here because I am the best in the world. I am the greatest of all time. I am the Alpha of this business and I am going to prove it. I am challenging you Kenny Omega. Jericho versus Kenny, Alpha versus Omega, to see who’s really the best. I want to meet you January 4th at Wrestle Kingdom 12 in the Tokyo Dome,” Jericho challenged.

Jericho hasn’t wrestled for any other promotion other than the WWE since 1999. Back in 1994, he appeared in the Japanese WAR promotion as The Lion Heart. Jericho was part of the Fuyuki-Gun stable and wrestled Chris Benoit (Wild Pegasus) in a classic match during the NJPW Super J-Cup tournament in 1995.

Kenny Omega is the third leader of the immensely popular Bullet Club stable and is the current and the first-ever IWGP United States Heavyweight Championship defeating Michael Elgin, Jay Lethal and Tomohiro Ishii in an eight-man tournament at the G1 Special in July.