If one were to measure a trainer solely on the quality of their graduates, then few will ever compare to Tokyo Joe Diago, who died November 4, 2017. The Hart Dungeon in Calgary may have belonged to Stu Hart, but it was Tokyo Joe, instructive and insistent, who provided much of the training. 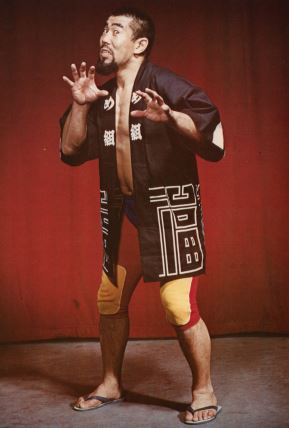 Tokyo Joe in 1973 in Grand Prix. Photo by Jimmy Caruso

To today’s audience, Tokyo Joe is responsible for:

– The current WWE Smackdown Women’s champion Natalya Neidhart — “Tokyo Joe, thanks for training me & believing in me as the 1st & only female wrestler you ever trained. I’ll never forget your life lessons,” she tweeted today.

– British Bulldog Jr. Harry Smith (David Hart Smith in WWE) — “Rest In Peace to Tokyo Joe Daigo San. … he was sensei. He showed me so much about Wrestling and life. R.I.P.,” he tweeted today.

– Tyson Kidd (TJ Wilson) — “RIP Joe Daigo I don’t know what my life would’ve been had you not come into it — I promise you I wouldn’t have survived June 1/2015. But the truth is I wouldn’t have made it to that point anyway. I couldn’t appreciate you more than I do. Rest easy Tokyo Joe,” he posted today.

– Viktor of The Ascension (Eric Thompson)

To most in North America, the story of Tokyo Joe begins in the early 1970s, as Yukihiro Sakeda travels from his home in Japan to learn a different style. One of his early stops was Montreal’s Grand Prix Wrestling.

Paul “Butcher” Vachon, one of the Grand Prix promoters, said Tokyo Joe was a good worker and fit into the international flavour of the promotion. “He was adaptable. He was very smart,” said Vachon. But he was more than that. “He was a conditioning fanatic. The guy could do push-ups on one finger of each hand.” 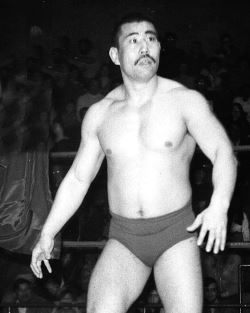 Tokyo Joe didn’t wrestle in every territory and should not be confused with an earlier Tokyo Joe who wrestled in the 1950s and 1960s, or the midget wrestler that came after his in-ring career ended in 1974 under the same name. Being of smaller build (5 foot 10, 231 pounds), territories like Stampede Wrestling or down into the American Midwest, provided a place to grapple. As with most Japanese wrestlers in North America, his judo and karate skills were ballyhooed in the press and on television.

Like many for decades to come, Tokyo Joe was a link for a gaijin like Vachon to get to Japan to wrestle; in Butcher’s case, Diago booked Vachon and Giant Gustav into New Japan.

A decade and a half later, he saw something in mixed martial arts pioneer Mark Fleming. “Tokyo Joe scouted me in 1988 at Lou Thesz’s dojo and booked me for New Japan,” Fleming posted to Facebook upon learning of Diago’s death.

There were plenty of others in the remaining years who went to Japan under his assignment, from majors stars, like Owen Hart, to forgotten Calgary names like Dave Swift. He would hear about stars with potential from Bruce or Ross Hart, head down to the Dungeon to scout them out, and then add his own suggestions to better prepare the person for the rigors of the Japanese rings.

Diago received a percentage of the wages of the wrestler that he sent to Japan, whether it was IWE or New Japan, said to be 10 per cent.

It worked the other way too, and many Japanese stars got a chance to wrestle for Stampede Wrestling thanks to Tokyo Joe. The legendary Jushin “Thunder” Liger was one of them, and in a 2015 interview with SLAM! Wrestling and Pro Wrestling Illustrated he praised Toyko Joe: “Mr. Diago. Him teacher … Canada dojo.” 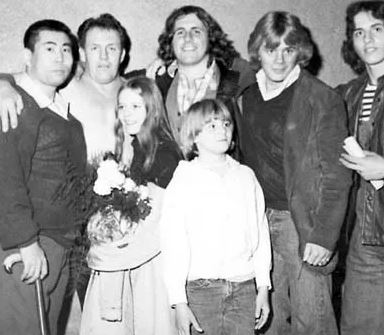 Stu Hart, second from left, huddles with some of his family and Tokyo Joe in this undated photo.

At the age of 31, the life of Tokyo Joe took a drastic turn on March 18, 1974, when he was returning to Calgary after the matches in Lethbridge, Alberta. The car he was riding in with The Great Saki went off the road.

A Canadian Press story detailed the rest: “A tow truck was called and as Sakeda helped attach the car to the truck, an oncoming vehicle spun out of control and hit him severing his right leg. The leg was amputated in Calgary hospital four inches above the knee.”

The Stampede promotion did a piece on Tokyo Joe where announcer Ed Whalen shunned his usual wrestling histrionics and put on his journalism cap.

“They tell me in the hospital, no kidding, that he’s one of the most courageous people they’ve ever seen, and he fought for his life for some time after that accident, but here he is,” said Whalen.

Tokyo Joe told Whalen that he expected to “be young boys coach” when he got better — but that ended up being in Calgary rather than Japan.

Whalen addresses Tokyo Joe: “A lot of the wrestlers have said you were one of the best-conditioned wrestlers that they have ever know. You used to do a whole lot of leg squats, somebody told me maybe a thousand a day before the accident.”

The promotion ran a benefit show for Tokyo Joe. Of note, Roger Doucet, who gained fame in the Montreal Forum singing the Canadian National Anthem, learned the Japanese anthem for the show. 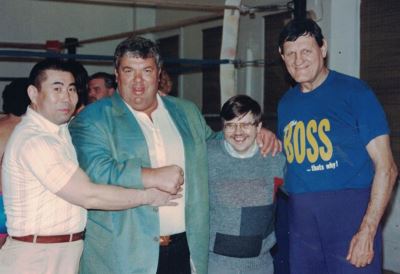 Based in Calgary and friends with Stu Hart, Tokyo Joe, with his wooden artificial leg, became part of the behind the scenes in Stampede, and he excelled in training, whether it was at B.J.’s Gym or the Dungeon.

In a WWE.com interview, Bret Hart said that Tokyo Joe “was probably the best legitimate wrestling trainer in the world.”

It was more than just the wrestling, as the Dungeon had no ropes, just hard walls, a mat on the floor to fall on, and some weights. Conditioning was crucial in his mind, including running up and down stairs until his charges could barely stand, and neverending squats, sit-ups and push-ups.

“Tokyo Joe was a top-notch instructor, and Nattie, TJ and Harry were his pride and joy,” said Hart. 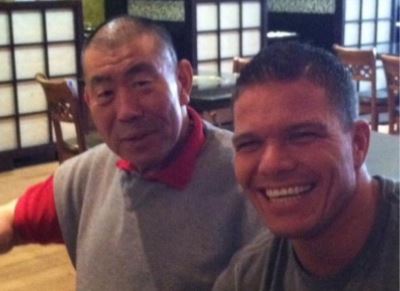 In recent times, Sakeda faced down other health issues, and word came on November 4 of his death due to complications during colon cancer surgery.