It was quite the drive from St. Louis to Stonewall, Manitoba. I was picked up by a minivan full of guys heading up from Texas and after they rested for a day at my place, we headed north. We did stop for a small show in Fort Dodge, Iowa. I always love seeing new cities, so, of course, I’m game! 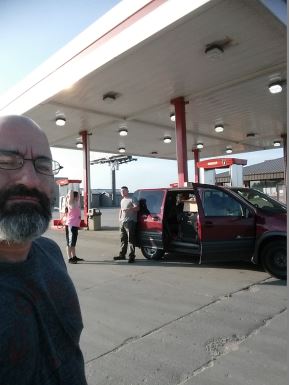 Stopping for gas along the way in our van.

Then come after the show wrapped up and we had a nice dinner at a local restaurant, we started driving right through the night, to knock out the 10-plus hour drive. 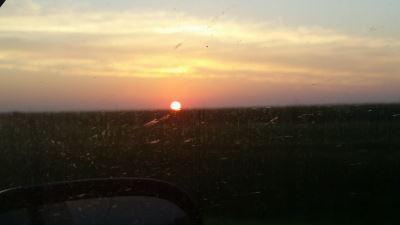 A few bugs splattered on our windshield along the way.

Stonewall sits just slightly northwest of Winnipeg, about 40 minutes. This is where the “Nightmare on Elite Street” tour begins on Monday night. It is the biggest, boldest undertaking yet by the Canadian Wrestling’s Elite promotion. The tours have been growing since I started in September, and this one is 22 shows in 21 days. On Aug. 19th, while we head to Thunder Bay, another, mostly local crew, travels north to Arborg, Manitoba, for a big show we have, tied in with their annual festival.

Sunday was a day off, and believe me it was much needed. As much as I love being on the road and I love the long drives, it is taxing on your body. Yesterday was spent napping on and off, buying groceries that I will take on the road and hitting the gym for a good stretching and an intense workout with the boys. 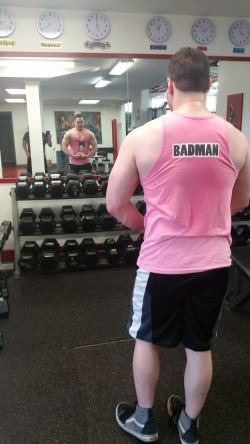 A gym is a gym just about anywhere.

It is 7:06 a.m., and we are about to leave the house. The day is absolutely jam-packed with things to do and there’s no time for games. We’re knocking out the workout first thing and then we start picking up talent at the airport, common checking into hotels, picking up tickets and ticket money at the outlets, making sure arrangements are made at tonight’s after party, and seeing to it that the ring and concession stand is set up and everything is primed and ready before the doors open at 6 p.m.

In addition to that, I’ll be jumping in the ring with the guys that I’m training this tour and we will dig in exploring new ways to look at how to approach matches. Depending on the time we have today I’ll be answering questions and basically just lecturing, getting to know the new recruits. But the luxury will continue tonight, and tomorrow in the car, and basically I won’t shut up until we leave after 21 days.

With that said, I’m off to grab a delicious Tim Horton’s coffee. If you’re interested in joining me, I document as much as I can on the social media outlets: Facebook, Instagram, Twitter, Snapchat and Periscope… Find me under my name, Tony Kozina or at @TTKozina1.

Tour day has arrived. Day one is underway!!!