When Brock Lesnar and Samoa Joe finish up their main event match this Saturday night at Detroit’s Joe Louis Arena, they shouldn’t be too surprised if the crowd gives them a standing ovation. And there should be plenty of teary eyes as well.

It won’t be because of the wrestling. 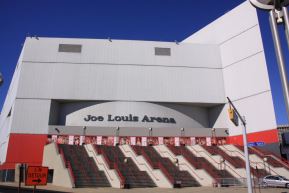 You see, the Joe Louis Arena, which was completed in 1979 and named after the heavyweight boxing champion, is set to be demolished. Nicknamed by many as “The Joe” it holds memories for countless fans. It was the second oldest NHL venue after Madison Square Garden. 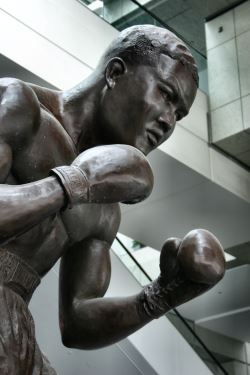 A statue of the champ, Joe Louis.

The venerable Joe was primarily the long-time home of the National Hockey League’s Detroit Red Wings, and it was the second-oldest arena in the NHL, after New York City’s Madison Square Garden (which has seen plenty of renovations itself). Over the last four decades it also housed college and professional basketball, the Detroit Drive (Arena Football), major league soccer, countless rock concerts (including hometown heroes like Kid Rock and Bob Seger), International Figure Skating, and let’s not forget professional wrestling.

While The Sheik’s Big Time Wrestling tried to run there once, if my memory serves, and World Championship Wrestling ran some big cards at the Joe, it’s mainly WWF/WWE that everyone associates with the about-to-be-demolished venue.

The very first WWF show at Joe Louis was held on December 2, 1984, and it was main evented by Sgt. Slaughter against Nikolai Volkoff, a “B” show at the time. Hulk Hogan made his first appearance on August 23, 1985. In all, the WWF/WWE held a total of over 100 events in the 33 years of the venue. 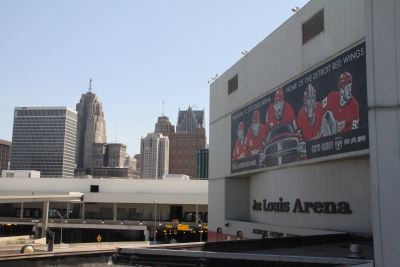 Based on the massive success of WrestleMania III in 1987, which was held at the suburban Pontiac Silverdome, the then-WWF knew it had a large and loyal following. During the height of Hulkamania, cards were held almost monthly to sellout crowds numbering 20,000 at the Joe. With the onset of pay-per-views and major cards, the Joe Louis Arena hosted events that included Survivor Series (1991), Survivor Series (1999), Vengeance (2002), Survivor Series (2005), Royal Rumble (2009), Over the Limit (2010), and the last PPV was Night of Champions (2013). The first Monday Night Raw was 1998.

Nearly everybody has one favorite Joe Louis Arena story that sticks in their memory. I have one too. My son, Matthew, was just five years old in 2010, and he was a massive fan of the WWF. It was time for me to take him to his first live wrestling show — especially because his hero, John Cena, would be performing. Because it was a warm summer day, we spent some time walking outside, and I took him to the famed Cobo Arena just down the block, which was home to The Sheik and Big Time Wrestling for so many years, and where I had attended so many shows during my own childhood. I tried to explain the special feeling I had coming to downtown Detroit every other weekend — but I couldn’t get through to him — he was just too excited to listen! 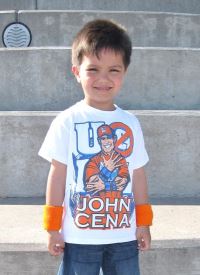 Matthew outside the Joe on his first visit.

Finally it was time to enter Joe Louis Arena. First stop was of course at the merchandise stand so he could check out all the cool t-shirts. Lucky for me and my wallet, he already had most of them. After a quick stop at the restrooms, it was time to find our seats. They were in the upper bowl, somewhere … we climbed, and climbed, and climbed. Finally we reached the very last row … exactly at the top and in nosebleed heaven. I was too embarrassed to speak. But Matthew just looked at me and beamed. He announced, “These are great seats! We can see everything!”

I knew that that I loved my son very much and that we would never be sitting so far up again.

If we do end up going tonight, I know I’ll shed a tear. 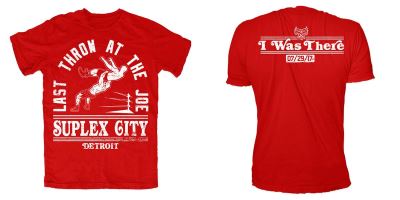