The tournament, an addition to the traditional afternoon evaluation and evening Impact Pro Wrestling shows, is part of the increasing number of events that lead up to the Waterloo, Iowa, based hall of fame’s induction ceremony. 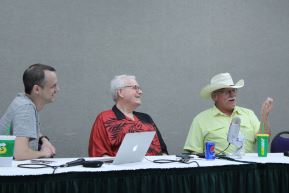 Wade Keller of the Pro Wrestling Torch, JJ Dillon and Stan Hansen during a podcast. Photo by Kari Williams

The semifinals kicked off the IPW show Friday night, where Stallion, a competitor in the 2017 Ring of Honor Top Prospect tournament, came up short against Taylor, and Strickland triumphantly battled with ACH.

Taylor ultimately bested Shane Strickland in the finals, receiving a plaque for his efforts. The Kentucky Gentleman said it’s “a little bit interesting” that he won the tournament.

“When you think of ‘Hall of Fame Classic’ and all the guys that are inducted over there [at the Dan Gable Museum], and all the memorabilia they have, I don’t think many people would associate me and my style with that,” Taylor said. “So to be given the opportunity — it was super fun.”

Wrestlers from around the country made their way to Waterloo, Iowa, to compete in “tryout” matches for WWE talent scout Gerry Brisco and WWE Hall of Famers Jim Ross and JJ Dillon.

An improvement from years’ past, wrestlers hoping to get on WWE’s radar had entrance music this time around.

Men and women traveled from as far as Colorado (“The Norse Nightmare” Hunter Grey) for the chance to get on WWE’s potential list. This year was the first in recent memory that women participated in the seminar, as well. Sierra Avery faced Brooke Valentine, with the winner of that bout (Valentine) facing Ms. Frankie Jay. The evaluations also featured a tag team bout.

Legends of the ring served as guests on two podcasts over the course of the weekend. Friday afternoon, Stan Hansen and JJ Dillon participated in Wade Keller’s podcast for PWTorch. Hansen and Dillon covered a variety of topics, ranging from their Texas wrestling roots to sharing stories about the likes of Ernie Ladd, Abdullah the Butcher and the Von Erich clan. 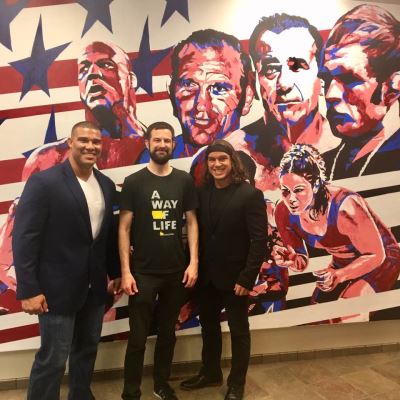 Kari Williams is a Midwest-based journalist who has been writing for Slam Wrestling since 2014. She received bachelor's and master's degrees in Mass Communications from Southern Illinois University Edwardsville. When she's not writing about wrestling or doing other journalism things, she can be found spending time with her rescue dog, lifting weights or doing CrossFit. Email story ideas to [email protected]gmail.com