He’s ‘Dalton Castle all the way through’ 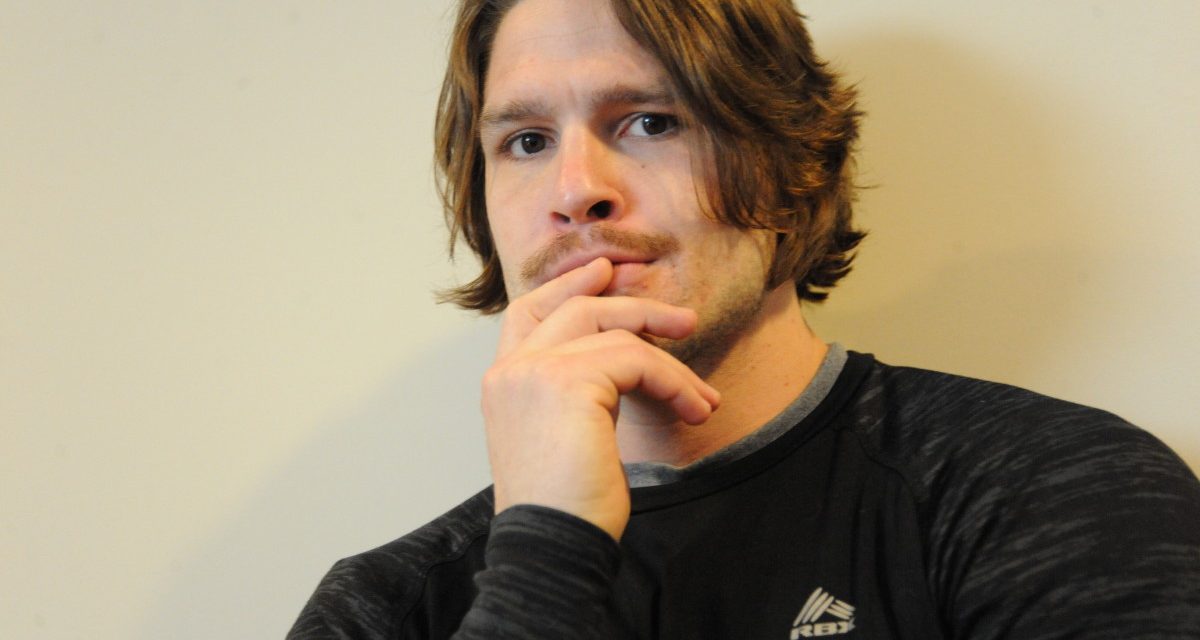 Interviewing Dalton Castle in person is an interesting experience. For one, he’s not brash and arrogant, like one might expect from his flamboyant in-ring character. He’s also quick to challenge a writer’s assumption, or the wording of a question, making it more of a give and take.

The scene was a media room at the Ted Reeve Arena when Ring of Honor came through Toronto in early May, and Castle was one of the ROH talents who came up to the room pre-show (and some post-show as well). 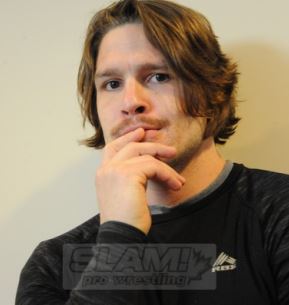 Dalton Castle gives some thought to his future. Photos by Mike Mastrandrea

He wasn’t yet all dolled up for his match that night, where he would team with The Boys to defeat Chaos (Beretta, Gedo and Rocky Romero), representing New Japan Pro Wrestling in the War of the Worlds series.

Now, tonight, Friday, June 23rd, the 31-year-old nine-year veteran is teaming with The Boys again, facing the ROH World Six-man tag team champions, Bully Ray and the Briscoes, as a part of the ROH Best in the World pay-per-view.

Here’s a transcript of Castle’s conversation with SLAM! Wrestling:

SLAM! Wrestling: Tell me a little bit about character development in Ring of Honor; you’ve progressed over the last couple of years you’ve been here, moving up the card. How do you think you have improved?

Dalton Castle: For one, I’m in great shape now. Before, when I came in, moderate to good shape. Now, great to excellent shape. As far as position on the card, I think I’ve done nothing but climb a ladder and I only see myself going further up it.

SLAM! Wrestling: How do you get there? How do you stay in the World title picture? You had your chance recently [at Supercard of Honor], everybody’s got a first time.

Dalton Castle: You just keep showing up, I think. I try not to come to a match and have a mediocre showing. I want everything I do to be memorable. I never forget why I do this. I love wrestling, and no matter how bad I feel or hurt I am, I try, when I come to the show, when I come into that ring, I try to remember that I’m lucky to be here and I want to do a great job.

SLAM! Wrestling: You get something out of the fans, too. Tell us about that rush of performing.

Dalton Castle: You don’t know what I get out of this. Don’t tell me that!

Dalton Castle: There’s nothing I can explain. Obviously it’s enjoyable and I’ve said I love it. I don’t know exactly why, because what we do is, on paper, ridiculous, physically demanding, and there’s a different lifestyle I could live easily, but I don’t want that — I want this. So I don’t know what I get out of the fans, but I know I like it.

SLAM! Wrestling: That’s a pretty honest answer. Wrestling is a pretty bizarre thing. If you try to explain it to some alien that just came down, why people do this, why people enjoy it, I think it would be really hard — because it used to be black and white, it used to be, ‘Here’s a good guy, here’s a bad guy,’ and you could understand it. Now, there’s none of that, or very little. I mean, some people love Dalton Castle, and some people don’t like Dalton Castle. Some people like Christopher Daniels …

SLAM! Wrestling: Who were some of your mentors, guys that showed you the way, maybe taught you a secret or two?

Dalton Castle: There’s so many. I started in such a unconventional manner that I’ve been lucky enough to get a little bit from everybody along the way. There’s the people that initially, my friends that I traveled with from Rochester, that took me on the road and introduced me to other people that taught me how to behave in locker rooms, how to get bookings, how to move properly or what goes where. I don’t know. If I’ve been in the ring with them, I’ve learned from them. 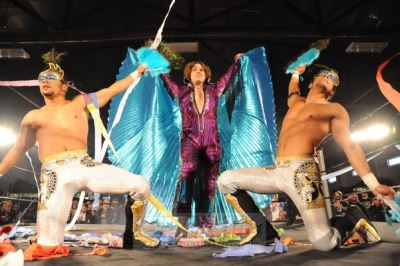 Dalton Castle and The Boys before their match in Toronto.

SLAM! Wrestling: Rocky Romero just talked about slowing it down. Your entrance is designed to be slow. Where did that come from? The idea that you want that attention, you don’t rush it, and that’s something that’s lost for guys who first get into the business, they want to show off everything.

Dalton Castle: I think I view this as first and foremost a show and entertainment, and if you’re not providing that, then what’s the point of doing it? I want what I do to be memorable. I want what I do to stand out, and I want it to not be cliched or similar to somebody else’s. So, I don’t know how I got to where I am with that entrance. I just know that it’s something that popped into my mind that I thought would be visually appealing to me, so I just did it. And I got lucky that everyone felt the same way as I did.

SLAM! Wrestling: It sticks out in today’s business. It’s not just about the pop when the music turns on, it’s about the whole pomp and circumstance.

Dalton Castle: What do you mean by that?

SLAM! Wrestling: It’s about the walk. It’s Gorgeous George. You’re a throwback in some ways.

Dalton Castle: Yeah, as in giving a presentation to the whole thing, but you’re right, hearing from what you say, I can elaborate in that it doesn’t end from the music. When the music stops and the jumpsuit comes off, yes, underneath it all, I’m still very much a wrestler and I’m still very good at it. But I’m still Dalton Castle all the way through.

SLAM! Wrestling: What are you looking forward to doing next? Who do you want to face in Ring of Honor?

Dalton Castle: There’s so many people that I’ve worked with that I’ve liked working with: Chris Daniels, the Young Bucks, Matt Taven, Bobby Fish, there’s all these people that are still here that I’ve worked with before that I would love to work with again. But there’s also some new guys coming in that I’ve only been in locker rooms with, we’ve never been in the ring. In a way, it’s keeping it fresh for me and it’s exciting. I don’t know, I can’t give you just one person I want to work with.

EDITOR’S NOTE: Watch for a report from Ring of Honor’s Best in the World pay-per-view after the show.