GLOW’s behind the scenes maestro was Matt Cimber 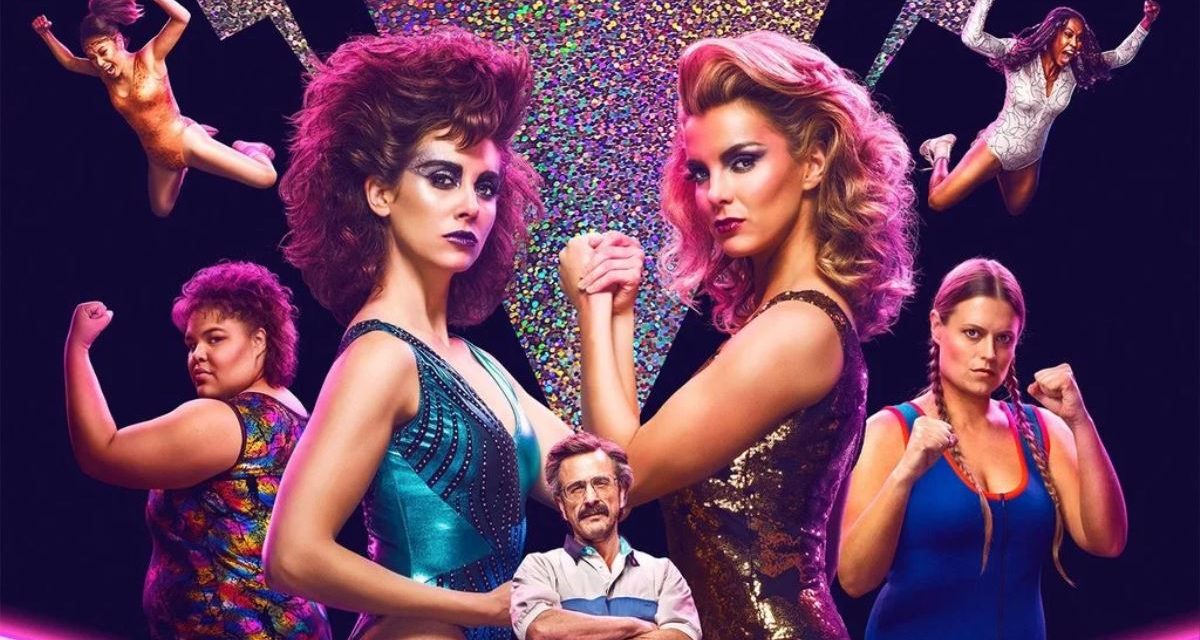 The ensemble that was Gorgeous Ladies of Wrestling in the 1980s is being honoured at this year’s Cauliflower Alley Club reunion in Las Vegas. While the on-air talent made GLOW so memorable, from Mountain Fiji and Colonel Ninotchka to teams like Hollywood and Vine, and the Heavy Metal Sisters, Spike and Chainsaw, there were key figures behind the scenes.

David McLane, who grew up on Indianapolis pro wrestling, had the idea, and wanted to shoot at the Riviera Hotel & Casino in Las Vegas. The hotel’s owner, Meshulam Riklis, knew who he wanted to run the show — veteran Matt Cimber. 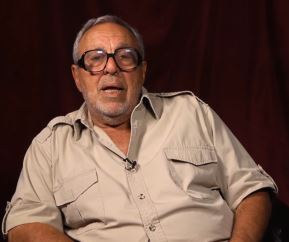 Born Thomas Vitale Ottaviano in New York City, Cimber started earnestly studying for a life in show business at the age of 14, when he spent Saturday mornings at the Carnegie Hall studios studying with Vera Soloviova and Michael Chekov. Cimber’s goal was always to direct, and he got a chance with Yale University’s theatre department, with a student-written play, The Ignorants Abroad, which then graduated to off-Broadway. From there, it was off and running, as he worked with legends such as John Steinbeck and Jean Cocteau, and future stars, like Sandy Dennis, Leslie Ann Warren and Liza Minnelli.

When he was directing Bus Stop on Broadway, Cimber began dating and later married Hollywood icon Jayne Mansfield (his second marriage). She convinced him to move west to Hollywood and learn the film business.

An early friend was Cauliflower Alley Club founder Mike Mazurki, who he introduced himself to in the 20th Century Fox commissary. “I didn’t even know what his name was, but I had seen him in I don’t know how many films, because I was a film buff when I was a kid,” recalled Cimber.

His film resume grew quickly, and today includes directing 19 feature films, plus numerous documentaries and shorts, as well as writing and producing. His best known work is 1982’s Butterfly, which he wrote, produced and directed, and was nominated for three Golden Globe Awards. (Riklis’ wife, Pia Zadora, won New Star of the Year.)

In 1986, Riklis put up the money for the GLOW pilot and 13-show initial run, and needed someone to see the idea through to fruition. With Steve Blance as the other writer, GLOW came to being. “In four years, we wrote 1,750 comedy sketches,” said Cimber, who purposefully steered the product as a television entity, not a sporting competition. “We did musical comedy numbers, we did rapping.”

A fan of satire, like Mad Magazine, and understanding the appeal of shows like Rowan & Martin’s Laugh-In and Hee Haw, Cimber wanted GLOW to stand out compared to other wrestling on the air. “If you look at GLOW carefully, especially the first two years, GLOW is existentialist. The paintings on their faces, the symbolism of their characters, they’re off the wall. And yet, the one thing is I always stayed in a guideline, make sure the audiences understands them. Don’t make it so heady and so arty that people think it’s a bunch of crap.”

The comic-book characters purposefully covered all aspects of society, and got him in trouble more than once. A pastor started a protest about the devil worshipers on the show, but Cimber listened to his complaints and adjusted. The Jewish Defense League hated his stereotypical New York City team of the Housewives.

Cimber was in control all four seasons that GLOW was on the air, with a reach of over 100 stations, often upsetting his talent with his headstrong, dictatorial style. They had to follow his rules and improve through acting and wrestling lessons.

McLane was the host of the shows. “He was always in a tuxedo. He always looked like he belonged on the top of a wedding cake,” said Cimber. Having fun with the show’s small budget, McLane would head out to a phone booth to conduct official business while on camera. On one memorable occasion, McLane’s clothes were ripped off by the women wrestlers, revealing women’s lingerie.

But their ideas didn’t sync up. McLane wanted more realism, and Cimber recalled him saying, “You know, Matt, people don’t like laughing at wrestling. They take wrestling very serious.” He left deep into the second season, to start Powerful Women of Wrestling, and some of the wrestlers did too, as it ran as a syndicated show, coinciding with the third season of GLOW. Next was WOW! Women of Wrestling, after GLOW and POWW had closed up shop. The split product hurt all the shows.

“We took GLOW as far as it could to succeed. If we went as a wrestling show, we would have been what David McLane was after he left the show, after the first two seasons, to form his own show,” said Cimber. “He spent a fortune in money and he flopped. David did two shows that flopped because he didn’t understand what was at the root of GLOW, he didn’t understand what was drawing the crowd. He couldn’t define it, he couldn’t define it the way I defined it.”

It was a similar battle between Cimber and the initial trainer for the women, Mando Guerrero, who had already transitioned from wrestler to Hollywood stuntman.

“Actually, I got taken, to be honest with you,” Guerrero said in a 2006 interview. “They used my reputation to help these girls come in. I paved the way.” He trained them the way he thought they should be trained. “If I would have kept on going, they would have been a lot better, a lot better, because I taught them the way I was taught. I didn’t go straight to wrestling. I’d give them drills first, the way they stand.” (Lisa Moretti would be his best known graduate from that class, as Ivory.)

Cimber doesn’t dispute Guerrero’s take. “Mando Guerrero had a problem with me. Now, I respect him and his family. … Mando Guerrero was teaching them how to wrestle in the middle of the ring. That’s not what I wanted, that would never go. We needed flamboyance, we needed comic book-type of action,” said Cimber. “I never wanted them to go too far, and I wanted them to know what satire was.”

In the end, Cimber knows who the real stars were, still in awe of the amount of mail the show got as feedback. Mt. Fiji (Emily Dole) is a great example, and Cimber made her a prominent part of GLOW, a frontwoman of sorts, “because she speaks from the heart and people love her.” At the peak of the show, Cimber said she was getting 30,000 pieces of mail a month.

GLOW lives on too. There was a documentary in 2012, entitled GLOW: The Story of The Gorgeous Ladies of Wrestling, which won three best documentary awards at various film fests. Cimber is like a proud father talking about the show and the women he worked with, but didn’t participate in the doc.

“When you think back, between the time of the closing and up to the time they were making it, these girls were living a dream. They never really appreciated GLOW as much as they did after it shut down,” he explained. “A lot of them were living in the past and some of them would call me up and say, ‘You know, Matt, I dream about GLOW every night.’ So they see it for what they want to see. I felt that this documentary was theirs, for their glory. I don’t want to come on and spit on their parade. I don’t tell want to tell the real stuff. They had a dream.”

As proud as he is, Cimber expected what he got in the film: “They blasted me!”

The next iteration of GLOW comes with an original series currently being made by NETFLIX, scheduled to debut June 23. It stars the likes of Britt Baron, Kimmy Gatewood, Rebekka Johnson and, perhaps ironically, Mando Guerrero’s nephew, Chavo Guerrero Jr., is providing the wrestling guidance. The biggest name “real” pro wrestler in the show is Kia Stevens, best known as Awesome Kong.

Cimber is quick to dismiss it: “They stole the idea. Riklis told me to turn over the rights to the whole show to one of his girlfriends who was in the show, and I did it. She sold it. We don’t know what’s going to happen.” (Ursula Hayden, who was Babe the Farmer’s Daughter, ended up with the rights, and at one point issued GLOW DVDs.)

The Cauliflower Alley Club reunion in early May at the Gold Coast Hotel & Casino in Las Vegas will be special for Cimber. He’s going in part because of his connection with Mazurki, but quite rightly points out that the CAC award honour is not about him. “The girls are also getting the award, because my work could never have reached where it did reach without them,” he said. “The girls have gotten such endurance from their characters.”