Patience pays off for IMPACT’s Allie 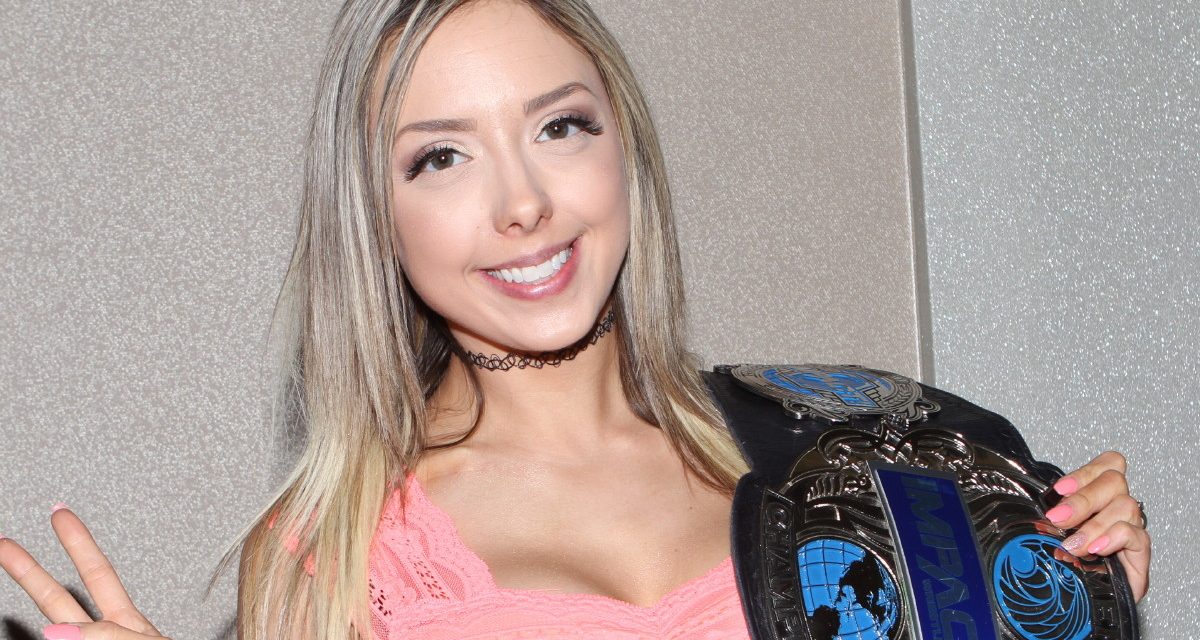 It’s been a bit strange for Allie in IMPACT Wrestling. Her character is not supposed to be a pro wrestler, at least not yet, which is definitely a challenge for the alter-ego of Laura Dennis, the 12-year veteran Cherry Bomb.

“Hopefully she’s getting in the ring soon — I would like to,” Allie told SLAM! Wrestling at a SMASH Wrestling show in Toronto. “Patience. … It’s all about a nice building of a storyline and I feel very fortunate that I was able to be part of a storyline that’s gone on for many months and I’ve had time to develop who Allie is, and who the character is, and where she’s going. It’s actually been a lot of fun.”

Some fans are tuned into the fact that she has the skills for the ring, shown only sporadically so far on TNA and IMPACT. 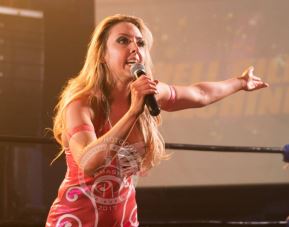 “If I’m going by the mentions on my Twitter and Instagram, I do have people that will message me and say, ‘We know you can wrestle! Just kick her butt! Just do it, kick her ass!'” I just tell people, ‘Be patient.’ It’s like anything, TV shows or movies, there’s a slow build to things and things mean so much more when there’s a slow build, and when you can tell that story. I feel like when I’m able to do all those things, it’s going to be very exciting. Just be patient guys, patient.”

Allie herself had to be patient.

She had a couple of opportunities over the years for matches in TNA, but never stuck around. The memories did, however.

“One of the things that really stuck me as really amazing is the locker room,” she said. “The very first time I was at IMPACT was in December 2013, I did Gail Kim’s open challenge. I was so nervous, I was freaking out. But then I got there and I walked in, and everybody was welcoming, everybody said hello, everybody was super nice. Just the energy there is different than any locker room that I’ve been in, so it’s pretty cool. Then to share the ring with so many of my friends is just awesome.”

Not just friends, like Kim, and other Canadians she knew from around Ontario, like Rosemary and Crazzy Steve, but also her husband, Jesse Guilmette, who, like Allie, carved out a decent name for himself as Pepper Parks before getting the chance to really shine in IMPACT as Braxton Sutter.

The real-life couple were kept apart in IMPACT while still often teaming on the indies. Then a storyline started where Sutter was going to marry Laurel Van Ness (another Canadian), and the swerve at the end had Sutter professing his love for Allie.

The patience paid off.

“I was just really happy to be able to actually work with him, because when we initially got signed together, we were like, ‘Oh my God, we’re going to be working together! It’s going to be so much fun! It’s going to be like on the indies!’ And it wasn’t right away,” she said, recalling their contracts, signed in March 2016. “But I kind of feel like in that time apart, we sort of both developed not just as wrestlers but as full performers. I got to work with Maria a lot. I think the time apart actually worked better and now we’re together, we can feed off each again.”

Given all her history in women’s promotions like SHIMMER and NCW Femmes Fatales, Allie — who is about to debut some new gear — is pretty pumped to be a part of the pioneering Knockouts division.

“The TNA Knockouts were such a huge influence on me,” said the 29-year-old, originally from Toronto, Ontario. “Even before it was the Knockouts Division, Angelina Love, for example, probably doesn’t know this but I had a picture of her as my deskop background on my Windows computer when I was 17, 18 years old. So to share a locker room with her is very awesome. And Gail, Gail is amazing. It’s been very cool.”

For long-time fans, Allie said to keep an eye out for Cherry Bomb.

“At first it was like, I’ve been Cherry Bomb for 12 years, and then to change the name was kind of shocking for me, but now I’m used to Allie and I like where the character is going. I feel like there are elements of Cherry Bomb in Allie, they just haven’t come out yet.”

The switch from Dixie Carter and Panda Energy controlling the wrestling show to the current owners in Anthem Sports & Entertainment has been interesting to be a part of, she admitted. .

“So far it’s been really good. Whenever there’s change, feathers get ruffled and everyone’s a little bit nervous, but honestly, the last set of tapings went really well and I enjoyed it, it was good.”