Throughout his life, Vern Warner has been a hard-working man. He was a product specialist, he was a bouncer, but above all, he was a wrestler. 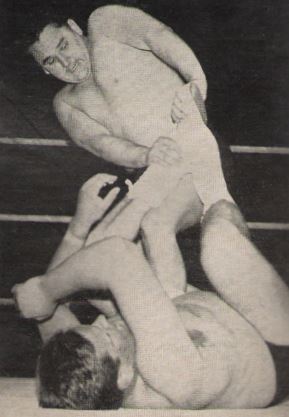 Vern Warner does a stepover toehold on Gerd Topsnik. Photo by Bob Leonard

Warner began amateur wrestling at the age of 15 where he grew up in Calgary, Alberta. He wrestled for the Calgary YMCA and was coached by Harold Evans, who was a tremendous influence. By age 22, he had won multiple city, district, and provincial championships. Warner’s prizes prompted him to visit London, Ontario, for a tryout with the Canadian Olympic wrestling team. That year, Canadians chose to only send three people to Rome for the 1960 Summer Olympics, and unfortunately for Warner he wasn’t chosen.

Warner trained in the famous Hart Dungeon under Stu Hart. To this day, Warner believes he owes his entire professional training to the grizzled veteran turned promoter.

“Today one of my favourite holds is Stu’s Sugar Hold,” Warner told SLAM! Wrestling. “No one can apply it like he could, but I am proud to have known him. He was the toughest man I ever knew and even into his eighties I know that guys still feared to work with him.”

Warner had many matches in his time at Stampede wrestling. Often they culminated from the old Stampede Corral or the Victoria Pavilion. During his tenure at Stampede, Warner met the Osborne brothers, Ray and Bud. He also befriended Hardy Mattson. From there his career expanded outside of Calgary. He was wrestling in northern Alberta for the Osbornes, as well as in B.C for Mattson. There wasn’t a lot of money to be made on the wrestling scene in the 1960s, so Warner faced a decision. With family to look after, and a good job as a product specialist for Crown Zellerbach, as well as bouncing for a nightclub on the weekends, Warner felt it was time to focus on his home life.

But the story doesn’t end there. Vern Warner was incredibly proud of his wrestling career. He loved it. He didn’t care about the money, or how busy he was, he did it for the love. After he retired from wrestling, he continued working. This time, south of the border. In 1979 Warner moved to Corpus Christi, Texas. His kids were growing up, and he wanted to find a place where they could all work together, so the Warners bought a motel on the beach. The motel had a bar and a restaurant in it. Warner thought this would give his kids the opportunity to work and get their degrees as well. Education was always important for Warner. He wanted his kids to have a good education and get a good job, his kids did exactly that. Bradley, one of Vern’s sons, always knew his father was a hard worker. “He has always put his children first and worked very hard all his life in order to make sure we had everything we needed.” said Bradley Warner. 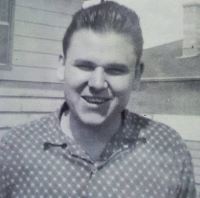 Though a little too young to remember most of his father’s wrestling days, Bradley does remember one incident. Warner brought Bradley on a wrestling road trip with him and “Handsome” John Anson. “I remember how exciting it was to watch all the matches,” recalled Bradley. “During one of the main events, Anson and two other men attempted to wrestle a real bear. It was hilarious. I remember my dad and I heckling Anson because he was really afraid of the bear.”

Anson, who calls the Dominican Republic home these days, said that Warner was respected even if he wasn’t a top of the card star. “Vern was an opener, but a tough guy,” said “Handsome” John, who held Stampede’s North American title twice.

In 1980 tragedy struck. Hurricane Allen hit the southern United States, and caused hundreds of thousands of dollars worth of damage — including to the Warners’ motel. Warner paid back the resulting debt, even though it took him 15 years, and got the motel up and running again. One thing Warner never got back, however, were his wrestling trophies and mementos. Warner was devastated.

Warner tried to remain positive. “I am a believer,” he stated, “I believe.. that if you [live] a good life, and believe, you will be saved.”

Warner used that same mindset in 1999 when he was diagnosed with pancreatic cancer. The doctor gave him roughly a year to live months to live. 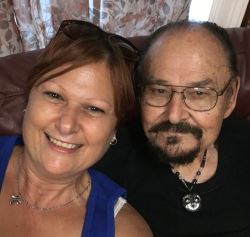 “I wasn’t distraught over it, I thought to myself, I’m living a good life, I believe, and if God wants me to live, I’ll live,” explained Warner.

Warner’s pancreas was removed, but that didn’t bother him. Looking back, he’ll admit that he was more upset losing his trophies in the hurricane than when he was diagnosed with cancer. He thought, “if I die, there’s nothing I can do about it.” The surgery proved to be helpful. He beat cancer, and now 17 years later he is healthy. Bradley found his father’s positivity through tough times inspiring. “Whether it was a hurricane that destroyed his business or cancer that nearly killed him, he is a person that never gives up and will fight anything with all his strength,” said his son.

Warner still owns the motel now. His hard-working personality is still in full effect. He works at the motel everyday, along with his wife. To this day, he still goes to the gym. His best friend is his pastor, Rusty. Together, they work out, even at the ages of 77, and 88 respectively. Now, the only health problem Warner faces is diabetes.