‘Chokeslam’ a ‘rom-com with wrestling in it’ 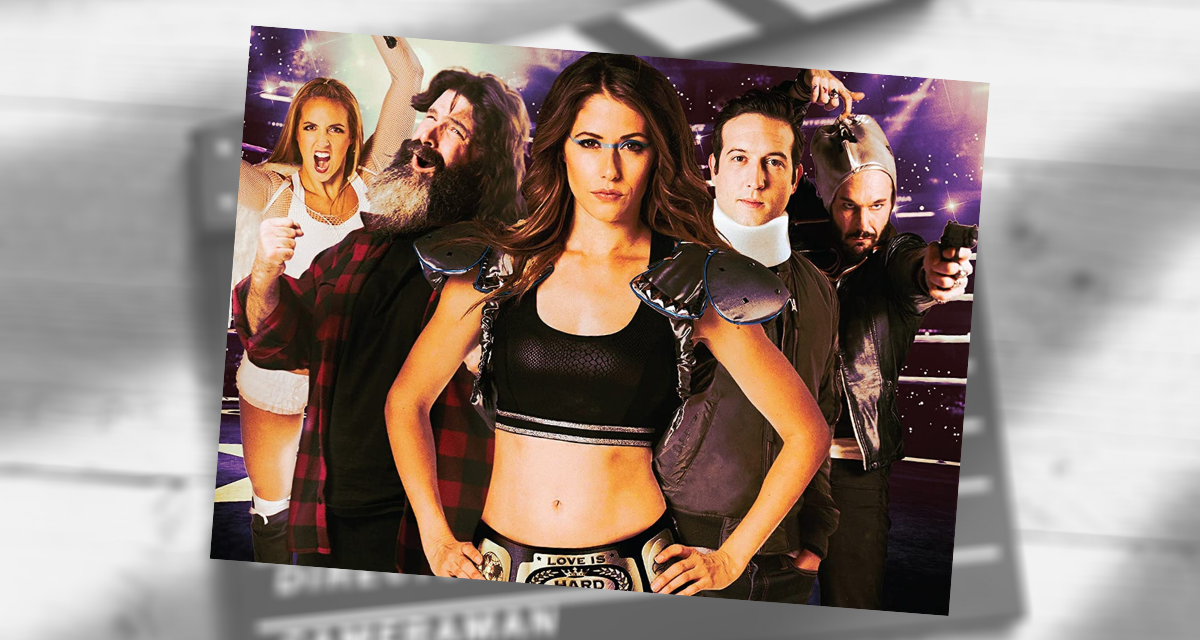 And somewhere in the middle of all of that, the girl becomes a ferocious wrestling champion.

Mick Foley, who needs no introduction to readers of this site, lends his chops (the acting kind) to the production along with a mini-cast of Canadian wrestlers. Both Cuffley and Foley shared their thoughts with Slam Wrestling on the role of wrestling in a romantic comedy and the arduous journey of a Canadian independent film.

“Freakin’ forever!” says Cuffley in response to how long he’s been working on the film. It has been 12 years since he and writing partner Jason Long (he’s the wrestling buff of the dynamic duo) started thinking about how to present a different take on the romantic comedy genre. “I don’t particularly like rom-coms,” the director admits, but says that he appreciates the any well-told story, inspired especially by the John Hughes films that he grew up watching. “I wouldn’t classify them as rom-coms,” he explains. “But there’s a sweetness.”

The world of professional wrestling, while not totally new to him, was definitely outside of his immediate circle of interest. Growing up in Calgary, he was exposed to Stampede Wrestling (“You couldn’t avoid it if you tried,” he remembers), and prepared for the film by watching “gobs of wrestling” and cutting together sequences of moves that he liked. He stylized the wrestling scenes in the movie after one of the most famous of all: Hulk Hogan as Thunderlips taking on Sylvester Stallone in Rocky III.

Still, he knew that he would need some help on the wrestling end. “Jason Long is a fanatic,” he admits. “He would have the answer to everything.” More than that, though, Cuffley enlisted the help of a who’s who of Canadian wrestling talent to lend their expertise: Bret Hart, Harry Smith, Lance Storm, Nattie Neidhart, and Chelsea Green comprised his stable of experts, whether they offered advice or appearances in the film.

Green was especially helpful working with Amanda Crew, the female lead in the film, as Crew had no prior wrestling experience. “The character was initially based on Chyna,” Cuffley says, which explains the character’s name of Sheena. “Crew got quite ripped, and came early to train.”

And then there’s Mick Foley. “We were lucky enough to get him,” Cuffley says. “He’s only there for two days, so everything needs to be done to fit that.”

Foley acknowledges the tight schedule himself: “They brought me in for a couple of days, and I worked really hard for those days; I really enjoyed myself, and I’m told that people who have seen the screenings really enjoyed my role.”

His role is that of a wrestling promoter, though he doesn’t admit to pulling inspiration from any particular promoter that he’s worked with in the past. “Maybe on a subconscious level, but I wasn’t channeling my inner Vince McMahon,” Foley quips. “I really appreciated that the director kind of let me put my own touch on it. They were really open to my ideas, the actors enjoyed implementing them, and I had a really good time.”

Foley isn’t short of things to do these days, and so it’s clear that he won’t just pick up a job like this without being given some reason to believe in it. “I wouldn’t be talking to you if I wasn’t really proud of it,” he confirms. “I thought they had a really talented cast, a very smart script, and a story that has the potential to reach outside of the wrestling world. Amanda Crew, she impressed everyone with her work ethic and her acting. She was really full of fire and charisma, and I think the in-ring stuff looks really good.”

Like all wrestlers who try out acting on film, and vice versa, Foley still finds it an adjustment to switch to the different demands of acting in a film. “It is difficult, because I love the immediacy of the ring,” he explains. “I had a lot of freedom. I’d say, ‘Can I try this? Can I try that?’ and you’d shoot things several ways and see what works best. In that sense, you have a freedom in film that you don’t have in the ring. Because in the ring, once it’s done it’s done and then it belongs to the history books. In this case, you do it several times, and you have some talented people in the editing room who figure out what looks best.”

Both Cuffley and Foley make sure to take the time to praise the cast and crew that brought this film to life, from the stars to the volunteers and extras who, according to Cuffley, came to work in the now-demolished Regina Exhibition Stadium from eight o’clock at night through to ten in the morning.

“I’ve had a lot of opportunities to play roles in TV and movies, so I get a feel for when things are going well,” Foley expresses. “And I know when I’m around people that I enjoy working with, because occasionally that hasn’t been the case. It was really a great group of people, and I’m humbled by how talented the cast was.”

The main reason why Cuffley wanted wrestlers to help him with the production was to get all of the little details right. He recalls that his favourite compliment on the film came from Storm, who he quoted as saying, “We all appreciate how Robert is laughing with wrestling, not at it.”

While the future of this film is likely to be an on-demand distribution, Cuffley encourages people to catch it on the big screen when they can, particularly for the fights and the sounds. Even though “it’s not a wrestling movie” as he explains, but “a romantic-comedy with wrestling in it,” a lot of work went into creating authentic and dynamic wrestling scenes, and he hopes that it will have the broad appeal he’s aiming for.