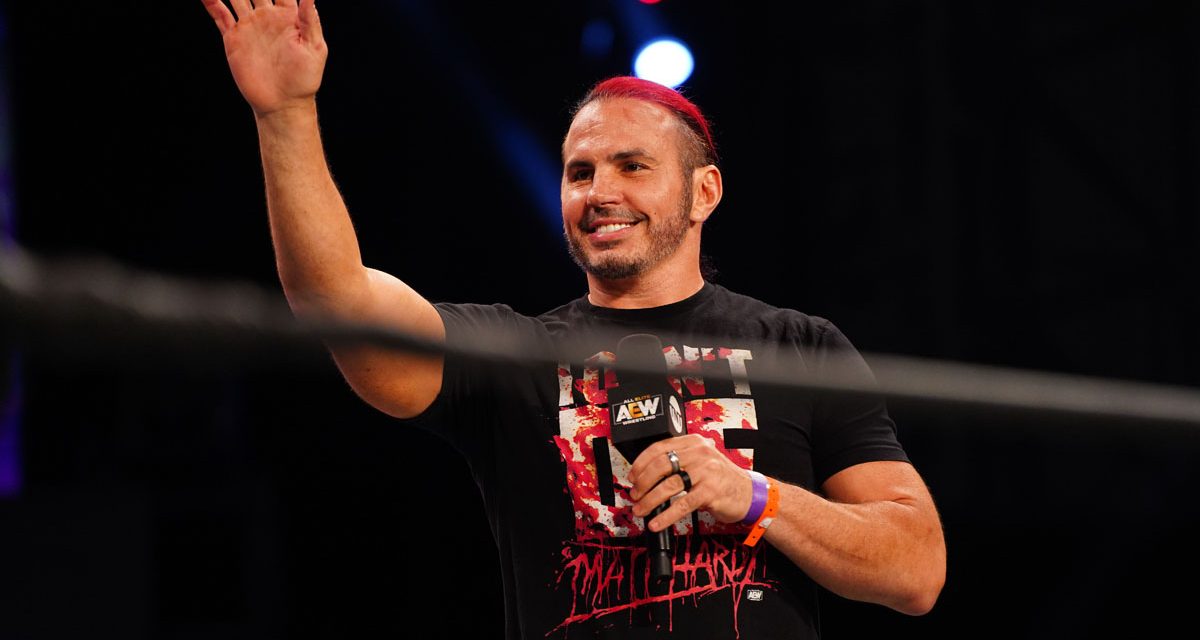 It seems the Broken One will no longer be making an Impact. 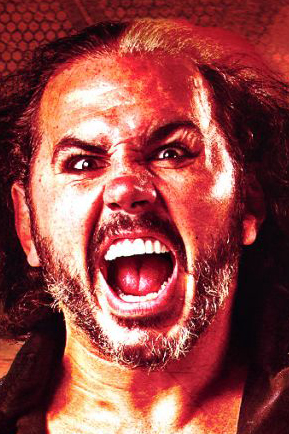 On his official Twitter account, Matt Hardy has announced that he is leaving Impact Wrestling, wishing the company well and praising the talent still working there.

There was no confirmation on Jeff Hardy’s official account of the departure but word is neither Hardy could come to terms with Impact Wrestling on their new contracts. The sticking point seemed to be creative control over their characters, the Broken angle as well as other issues like outside booking being approved by the company.

Matt Hardy’s wife commented on the situation earlier in the day.

She claimed “BS” and “drama” from the company during the negotiations and that she might have something in mind for the Impact Wrestling tag team belts that the Hardys still have in their possession.

“I’m bout to melt some gold & have me some new gold hoops,” she Tweeted.

Matt Hardy seemed more centered about the situation on Twitter.

At present, the Hardy Boys are involved in a storyline in which they are traveling from promotion to promotion trying to capture all the tag team gold from all over the world.

The Hardys are scheduled to face the Young Bucks – the ROH tag team champions – at Supercard of Honor XI on April 1st in Lakeland, Florida.

WWE’s WrestleMania 33 is being held on April 2nd at the Camping World Stadium in Orlando, Florida.

The departure of the Hardys follows the news that Drew Galloway is also leaving Impact Wrestling and could resurface in NXT. 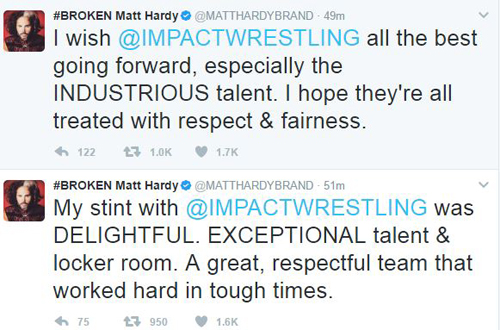