New book the perfect companion to the Women’s Revolution

The year 2016 will undoubtedly be remembered as the year of the Women’s Revolution in WWE. Or more accurately, 2016 was the year WWE finally starting taking women’s wrestling seriously even though so many other wrestling organizations and fans were doing so already. The verdict is still out on whether the WWE will mess this up.

But in the meantime, Pat Laprade and Dan Murphy have coauthored the upcoming Sisterhood of the Squared Circle: The History and Rise of Women’s Wrestling, a great companion piece to commemorate this moment in history and reflect on those women that paved the way in women’s wrestling, those who hindered the way and those who persevered despite a multitude of obstacles in their way. (Full disclosure: this writer was given an advanced reading copy of the book, which will be officially released in April 2017. The book also contains files from SLAM! Wrestling, including some from this writer.)

Laprade and Murphy both have a plethora of combined experience that allowed them to successfully tag team on this project. Along with being a contributor to SLAM! Wrestling, Laprade has contributed to the Wrestling Observer website, co-authored the book Mad Dogs, Midgets and Screw Jobs: The Untold Story of How Montreal Shaped the World of Wrestling, has a weekly wrestling column on the Quebec wrestling scene and co-authored a French-language Maurice “Mad Dog” Vachon biography that will soon hit shelves in English. Murphy has been writing for Pro Wrestling Illustrated (PWI) since 1997, oversees the much anticipated annual PWI 500 and Female 50 lists and has his own wrestling column, The Straight Shooter; he has also contributed to SLAM! Wrestling. 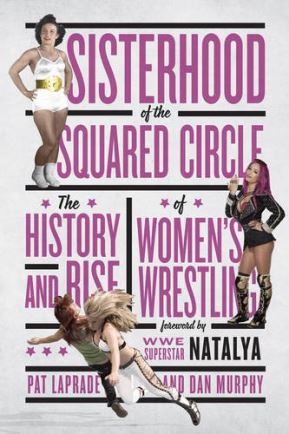 “I think that women’s wrestling brings something completely different to the table,” offered Laprade in a phone interview from Montreal where he resides. “I’ve been involved in a lot of positions here on the local scene from ring announcer to booker to working behind the scenes and sometimes having a card of eight matches with just guys, it can be redundant. You need to be very creative to not do the same matches and angles all the time. I think that women bring something different. They bring a different emotion to the matches. They bring a different athleticism. I’m a guy so of course the Attitude Era with the Sables and the Sunnys, I was in my early twenties, so of course I liked that. But at the same time I really didn’t know then that there were actually good women wrestlers because that wasn’t what WWE was portraying at the time.”

Adds Murphy in an email interview from his home in Buffalo, New York: “Some of the early SHIMMER DVDs really opened my eyes about women’s wrestling. Women like Cheerleader Melissa, Allison Danger, MsChif and Sara Del Rey were showcasing a compelling, athletic style that wasn’t based on crazy spots, but tremendous storytelling and execution. I became a big fan of the style they were popularizing and I remain a big fan of it today.”

It was only natural that this mutual admiration be used to create the ultimate historical guide to women’s wrestling. The two worked for about 18 months to develop the idea, pitch it to ECW Press and conduct original interviews, and also access previous research and interviews to write the book. Sisterhood of the Squared Circle covers a massive amount of material and history from the pioneers of women’s wrestling to the soap opera-like story of Mildred Burke and Billy Wolfe, the complicated legacy of the Fabulous Moolah, the ’80s wrestling scene, the Attitude Era, the Divas Era, and the rise of SHIMMER and NXT. The writers also include profiles on international women wrestlers and reflect on the future of women’s wrestling. And additional supplements including the legalization and sexualization of women’s wrestling, Ruth Leitman’s documentary Lipstick & Dynamite, Piss & Vinegar: The First Ladies of Wrestling and the legendary Big Egg Wrestling Universe event are expertly juxtapositioned throughout the book. Laprade and Murphy have done their due diligence to the subject and as a bonus the book is also so readable that before this writer knew what was happening, it overtook my entire weekend.

Writing the book brought many surprises and challenges for the two authors. Laprade in particular couldn’t get over the nefarious and downright sleazy nature of wrestling promoter, Billy Wolfe, who ended up marrying several women wrestlers, most notably Mildred Burke, and had affairs with countless others.

“Wow, does he (Wolfe) come across like the biggest pimp ever,” said Laprade incredulously. “You kind of wonder if he was in this business to make money or just to have sex with a large group of women that he couldn’t have access to if he didn’t have that kind of relationship with them.”

While Laprade does credit Wolfe as an important player in the history of women’s wrestling, he added with a laugh, “The thing I’m most surprised by is that there wasn’t a revolution. The women’s revolution should not have been in 2014, it should have been in the ’50s. Those women should have just taken over from Billy Wolfe, led by Mildred Burke or somebody else. I just can’t believe they didn’t. But at the same time, Wolfe was smart. He would choose girls that had a kid or they had no money or they came from a broken family. He was manipulating them knowing their past history. He was smart in choosing them, but at some point it sounds more about sex. It was eerie to read.”

As for the challenging aspects of the book, Laprade and Murphy had to contend with the fact that so many of the women they wanted to include in the book were deceased.

“The challenge about writing about those women who have already gone was to write things that people may not know about them,” said Laprade. “Or in the case of women like Moolah and Mae Young, that have been talked about for years that we would not miss anything important. That was the challenge to find a balance between new information and getting the most out of the space we had to talk about them.” 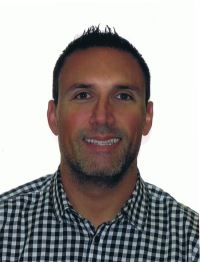 Laprade and Murphy also unexpectedly had to decide whether or not to discuss the issue of homosexuality in women’s wrestling due to so many interviews bringing it up and even outing fellow female wrestlers, with the Fabulous Moolah being a frequent target of this discussion. In the end the two decided to not broach the complicated subject directly. Although they do include a quote from Sandy Parker referring to Moolah as having “her own little dalliances that we all knew about.”

“Moolah was so hated by some of the other girls so sometimes the line is thin between stating facts and just wanting revenge,” pointed out Laprade. “Plus there’s homosexuality and bisexuality. This is just too complicated. We couldn’t be sure of anything. What if the children and grandchildren of these women read the book and happen to learn about it? We thought about all that and decided to not talk about it at all. Even if we had quotes or interviews and that line about Moolah is perhaps the only thing that kind of mentioned the whole thing. It wasn’t a direct line. We didn’t feel we needed to talk about homosexuality in the book for the book to be relevant and be a good, historical book.”The international section featuring Japanese, Mexican, Australian and women wrestlers from the United Kingdom also brought on some headaches for Laprade and Murphy. Language barriers and lack of material were obstacles the writers had to overcome. They both also wanted to emphasize the important contributions these women made despite the fact that a majority of wrestling fans/readers would have no prior knowledge of them.

“The challenging aspect of the chapters on international competitors was trying to place things in the proper context, from both a wrestling perspective and a cultural perspective,” offered Murphy. “Teams like the Beauty Pair and the Crush Gals transcended wrestling to become cultural celebrities. It was critical to place those type of performers in their proper historical perspective and tell the complete story, not just what they did in the ring.”

Added Laprade, “It was more about making sure we understand how different it was in Japan. How different the training was and the age limiting is something that is really unique to Japan. It was important for us to get stats and to truly understand it. That’s why a guy like Dave Meltzer was instrumental with that section because not only did he cover All Japan women when it was there, he actually traveled to Japan. When we quote Meltzer saying that Chigusa Nagayo received one of the loudest reactions he’d ever heard live and he witnessed crowd reactions for wrestlers like Steve Austin. To us, he was the guy to rely on to explain to a North American wrestling fan how important, how big and how great those women were. He and stats were the solution.”

The final pages of the book address the future of women’s wrestling. Laprade and Murphy both remain optimistic despite the ever evolving nature of their subject. Although Laprade, like many others, can’t help but voice how disappointed he was in how WWE dropped the ball in promoting a women’s match as the main event at Hell in a Cell.

“Writing about women’s wrestling got me into taking women’s wrestling even more personal then when I watch it on WWE,” stated Laprade. “When I saw the bad promotion that they did towards the first (women’s) main event (at Hell in a Cell) I felt insulted just because I spent so many hours working and reading through the history. I understand the importance of that first event. There’s only going to be one and they blew it.”

But there is a silver lining to the Hell in a Cell snafu. Reflected Murphy, “I think the public is accepting women as wrestlers and not ‘women wrestlers.’ Look at Sasha Banks and Charlotte in WWE. They’re headlining Raw and main-eventing pay-per-views. Women’s wrestling has come a long way since the catfights of the Attitude Era, and with the talent lined up in NXT — as well as TNA’s Knockouts division — it’s only going to get better.”

Concluded Murphy, “What I’d like people to take away from this book is to gain an appreciation for the contributions females have made to the wrestling business over the past century. These were women who dared to chase an unorthodox dream. They had courage and conviction. And for a long time, their story hasn’t been told. Hopefully this book can help bring a little more attention to many of the remarkable women who have stepped between the ropes.”