NEW YORK CITY – A host of injuries forced the initially-announced line-up of the final show of the Ring of Honor’s War of the Worlds tour to be reshuffled. No one seemed to mind, especially not the fired up crowd.

The tour, which started a week ago in Chicago Ridge, Illinois, before heading to Dearborn, Michigan, and Toronto, came to a conclusion at Terminal 5 in New York City, a very small venue that reminded the many of the Murphy Rec Center in Philadelphia. 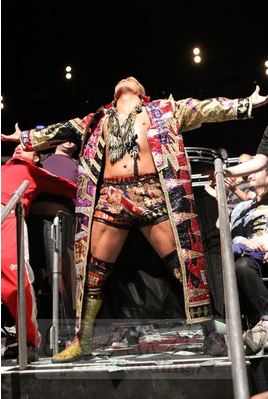 While the venue was far from being the Manhattan Center, the crowd and the wrestlers didn’t seem to care at all.

Rarely have I been at a four-hour show where at the very end, the people are still on their feet and reacting to everything that’s going on.

Granted, the main event of the show was a great match and involved six of the best wrestlers one can find outside of WWE.

In that match, the team of ROH World champion Jay Lethal and Roderick Strong defeated Adam Cole and Matt Jackson and the team of Kazuchika Okada and Tomohiro Ishii. Nick Jackson, the other Young Buck, was out with several broken ribs, but still at ringside to get the crowd behind his brother and Cole. Even Matt worked with a broken hand for that matter.

The key to the success behind the War of the Worlds’ tour is all about mixing the ROH stars with the New Japan Pro Wrestling ones and that’s perhaps the reason why fans were still reacting the way they were until the very end, since the final three matches included a New Japan star.

As good as the main event was, the semi-main may have stolen the match of the night title when IWGP champion Tetsuya Naito defeated ACH in a great match. Naito was questionable as late as the day of the show since he was suffering from high fever and a bum elbow, but ended up being okay to the excitement of everyone in the building. The fans were enthusiastic for this one, and there were dual chants of “Let’s Naito/ACH” from the get go. ACH was explosive and did amazing moves while Naito, although a heel, got a huge pop for attacking referee Todd Sinclair after the match, since Sinclair is so hated by the ROH fans.

Right before that match, New Japan’s best wrestler of the last decade or so, Hiroshi Tanahashi, got the win over Matt Sydal, who’s very underrated on the scene but who gels so well when facing a Japanese wrestler. 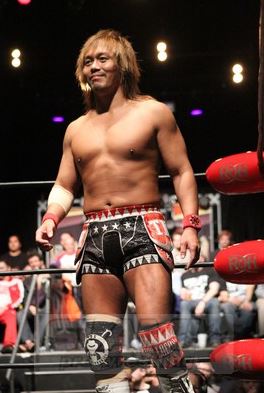 “I think it’s great for both companies. It allows the fans to see dream match-ups that they wouldn’t see otherwise,” ROH lead announcer Kevin Kelly told SLAM! Wrestling. “At the same time, it’s bringing the best out of both companies, out of both rosters. At the end of the tour, everybody can take a deep breath and the Ring of Honor guys are better to have competed against New Japan guys and vice-versa. It makes everybody better.”

This whole relationship with New Japan started with just a couple of shows over one weekend and now it’s a whole week of celebration and traveling all over North America and according to Kelly, it might only be the beginning.

“I think it’s fair to say that the relationship is going to continue between the two companies and it’s getting stronger,” he said. “I don’t know how it changes or evolves over time, but I think we will see more frequency in the meetings. Let’s say it like that, I think that’s fair.”

Other representatives from New Japan included IWGP Junior Heavyweight champion Kushida, the Guerrillas of Destiny (Tama Tonga and Tonga Loa, both King Tonga/Haku’s sons), New Japan’s booker Gedo, and the always great Jushin “Thunder” Liger. IWGP Intercontinental champion Kenny Omega was off the show as he still has issues with his visa. He only worked the Toronto show since he’s Canadian. 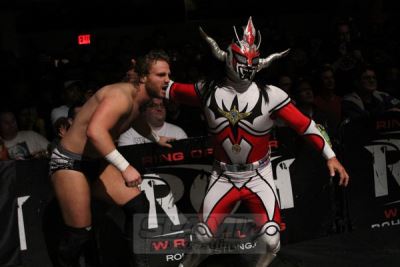 Here are the complete results:

– Dalton Castle (w/ The Boys) beat Michael Elgin, Moose (w/Stokely Hathaway) & Lio Rush. Very good match, probably the third best match on the card. Castle was one of the most over guys all night and Lio Rush, at only 21, has a great future in front of him.

– Jushin Liger & Mark & Jay Briscoe beat Tama Tonga & Tonga Loa & Adam Page. It’s always special to see Liger live and the fans showed respect as he got a big reaction when his music hit and he got a huge chant before leaving.

– During intermission, Taeler Hendrix attacked Mandy Leon at ringside. She got in the ring with a chair and hit Leon with a DDT on it. 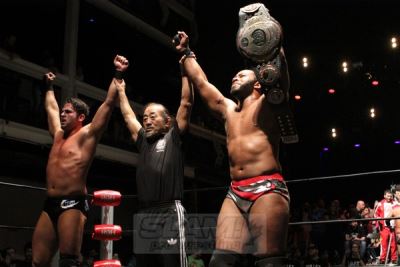