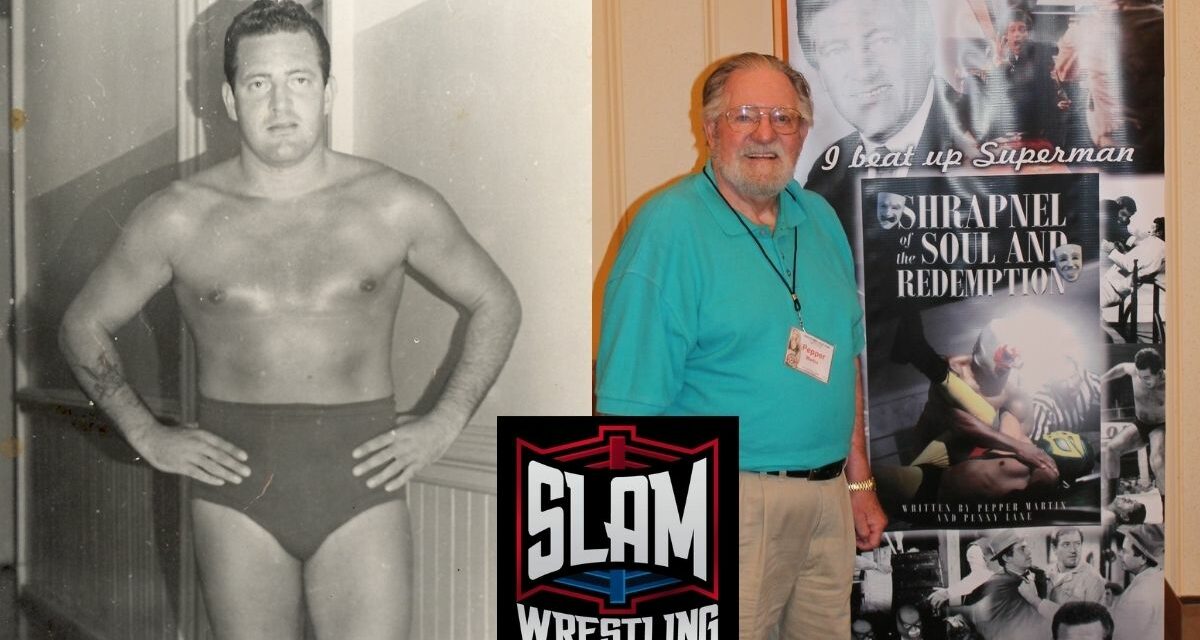 Like Martin himself, the story behind Shrapnel of the Soul and Redemption is pretty remarkable.

Born in 1936 in Hamilton, Ontario, Martin survived a rough upbringing as the child of a bootlegger. Sports became an outlet, and eventually he became a graduate of “The Factory” — the breeding ground for professional wrestlers that was Hamilton in the 1950s. From there, it was travels on the road until he fell into an acting career that had him sharing screen time with some of the greatest actors of our time.

A chance meeting with an old friend started the wheels in motion. 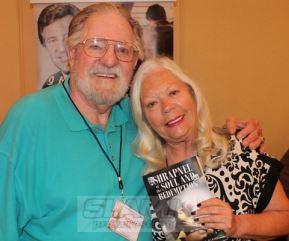 Penny Lane was a publicist in Hollywood for 15 years, but for the last number of years, she has been a garden designer in Los Angeles.

Martin and Lane met up again after roughly 40 years, and rekindled their friendship.

“We had a very long lunch, and after seven hours, he told me his life story since I had not seen him for so long,” recalled Lane, adding her voice to the masses. “I went, ‘You’ve got to write this. Why don’t you write this?’ He said, ‘I can’t write this by myself.'”

Not long after the long lunch, Martin asked Lane to help him write the book.

“I thought, ‘I’m not doing anything at the moment,'” recalled Lane, and asked Martin for an estimate of time. Martin, loquacious and rambling at the best of times, grossly underestimated an hour a week.

Lane can only chuckle at the recollection, a process that was much more stressful than garden planning. “Four days a week, six hours a day, three and a half years later, Shrapnel of the Soul and Redemption was born.”

The process was “very much old-school, but they are very old-school stories, so they were delicious,” quipped Lane.

Martin would drive from Glendale to Lane’s home in L.A., arriving around 8:30 a.m., and they’d work until 3:30 p.m., so Martin could head home and miss the traffic. If it was a particularly hot day, they’d head down to the beach.

Lane and Martin wrote everything down long-hand on a legal pad, and Martin’s wife, Jordy, would type it in.Early in the process, Lane recalled being amazed by Martin’s ability to recall the most minute details of his past.

“He remembers so much,” she said. “I would say to him, ‘I don’t remember my teacher’s name in fourth grade … how do you remember that?’ So I once told him it was early Alzheimer’s because recall of memory was way back there, but he couldn’t remember what he had for lunch yesterday. But everything turned out perfectly. We had to document all these people, what they did, were they alive, did we get the name right? I mean, it was an arduous situation, but very well documented.”

Martin can’t explain his recall ability, but knows it was invaluable in the book-writing process.

“Penny would ask me about a certain thing and I saw it so vividly in my mind I could even tell you what people were wearing. She was amazed at that, and so was I to be frank with you,” he said. “People that have read my book, my agent called me a week ago, and he’s the same agent that I started out with 50 years ago, he was a sub-agent then. He read the book from cover to cover, and he said, ‘Pepper, I love it. I really do. I’m amazed, everything you wrote, I could see it.’ That was the big thing with Penny and I. I would write something, write something down on a legal pad, and I would say, ‘Do you see it?’ Because if she couldn’t see it, then don’t write it.”

The result, the 496-page Shrapnel of the Soul and Redemption, is, in the words of its publicity, “a gripping and potent work that delves into the ideas of love, loss, crime, justice, acceptance and faith.”

Yet for Martin, it wasn’t especially difficult to delve into such heart-wrenching subjects.”I found it challenging but there was no cathartic experience with it at all, because I had taken care of all that shrapnel back when I was 43, 44, I was in counseling for maybe two and a half years, so everything had been dealt with,” he explained.

The biggest issue was revealing parts of his life to his children and grandchildren.

“I was worried about it, especially my daughters and my grandchildren. But I thought to myself, ‘You can’t change the history.’ They’re all in their 50s now, and their children are grown up, and it is what it is,” concluded Martin. “At Christmas, I talked about the book. I didn’t go into any detail. All I said was, ‘You’re going to read stuff that might disturb you, but it’s my history, it is what it is, and just remember one thing — love covers a multitude of sin. Just keep that in mind.’ So far, nobody’s confronted me with anything. So far, so good. But I’m prepared for that, if there’s questions. I can’t hide it. It is what it is.”