Robby Royce considers 25 years of being a ‘Pissed-Off Pitbull’

Standing outside of the arena you shuffle your feet to keep warm. It’s time for another night of wrestling action that you’ve been anticipating all week. You can feel the excitement as soon as you walk through the arena doors. The memories of past matches rush through your mind. It’s likely you’ll see some surprises tonight, however what you can’t know, but will later on, is you’re about to witness something truly special and for the final time.

Such a night happened on April 24, 2015 when the Manitoban legend, “The Pissed-Off Pitbull” Robby Royce had the last match of an heralded 25-year wrestling career. That final match was against Canadian Wrestling Elite’s Mr. Inkredible and it was one that Royce was extremely proud of. 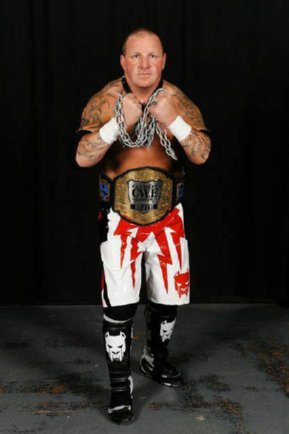 “Going into what would be my final match, we had a ‘Total Annihilation’ match and went out and absolutely killed it,” recalled Royce fondly when SLAM! Wrestling reached him by email.

“There’s not a lot of times you can say you had a near perfect match, but this was just that. Mr. Inkredible is such a big, charismatic and talented guy. He’s also someone I consider family, so for me to go out against him and end my career… I can say I’m happy to have that as the final chapter to my story.”

One of the more unique aspects was that no one knew that it would be Royce’s final match including CWE’s owner Danny Warren, who wrestles as Danny Duggan. “It is really unfortunate we couldn’t have rolled out the carpet and give him the proper send off he deserves,” said Warren. “Royce was not only a great addition to the locker room, but a friend to many so his contributions on shows will be definitely missed; however, not having a friend in the locker room will be missed even more.”

As is only natural Royce has found himself reflecting on his career and how he was originally inspired at a very young age watching the AWA on TV and later on WWF, Stampede and NWA, but “probably the biggest influences that really got me into wrestling were the British Bulldogs [The Dynamite Kid and Davey Boy Smith] and Owen Hart. When I first started in wrestling I went to Terry Tomko, but I would hardly call it being trained. I went to one class where after taking a few bumps Tomko told me ‘I had natural talent’ and threw me in the ring the very next night where I would defeat Chip ‘The Kid’ Fletcher.”

As Royce explained, his true training came from some veterans who took him under their wing, including Brian Jewel and Chi Chi Cruz. Additional knowledge came from Kerry Brown, Eddie Watts and Rick Patterson.

Looking back, Royce is unable to say if he had a lot of goals at the start of his career which he described as “a kid living out a fantasy, but as time went by my main goal was to always make sure I had the fans talking about me at the end of the night.”

During those early years Royce had impact on the careers of others including Vance Nevada (Vern May). “We were both young guys looking to create opportunities for ourselves in 1993 and 1994,” recalled Nevada. “He took an interest in me and that led to a tag team partnership and a quasi-mentorship that helped me to get the wheels turning during my early years in Winnipeg. I always saw Royce as a guy that was on par with guys like Johnny Devine, and Chance Beckett, but for whatever reason he never really embraced the opportunity to truly tour and build his track record on a national level. As a result, there are tons of die-hard wrestling fans across the country that have never had the opportunity to see him perform. Robby always prided himself on being one of the best wrestlers in the city of Winnipeg and I believe that his performances over a 25-year span can largely speak to that.”

There is little doubt that 1999 and 2000 were significant years in Royce’s career as he won the NWA Canadian Title and the NWA North American Championship.

“Back in ’99 when I won the NWA Canadian title, I had the privilege of working with the likes of Mentallo, Vance Nevada, Tony Kozina and Andy Anderson,” recalled Royce.

“Looking back at my match with Steve Corino for the NWA North American championship, I would say it was a total shock. Back then, the ‘local guys’ never beat the ‘names’ coming in, never mind winning a nationally recognized championship. The match was fantastic, as we were working in front of 450-500 people and really tore it up that night. I remember a handful of local guys from a rival company in attendance just in shock as I won the title…. They were all waiting for the DQ, reverse decision, but it never happened. Upon winning the title I defended it against a variety of people, the one that sticks out the most is Paul Diamond.”

Going into 2000, Royce worked an extended program with Diamond, the former AWA tag team champion who had just moved to Winnipeg in the hopes of opening up a wrestling school.

“We instantly had chemistry in the ring together,” indicated Royce.

“Actually on more than one occasion Paul would tell me after a match that, ‘It was just like being in the ring with Shawn Michaels.’ My favourite match with Paul was at Le Rendez-Vous. We had sold out the building and were supposed to be in a triple threat match along with Sabu. Sabu ended up pulling a no show and CWF owner Ernie Todd panicked. Paul and I both said ‘just leave it to us.’ We went out and put on an amazing ‘Total Annihilation’ No Holds Barred match. We gave the ECW-type crowd everything they wanted and more. The match ended with me jumping off a 20-foot balcony, putting Paul through two tables, and winning the CWF heavyweight championship… truly one of the greatest highlights of my career.”

Unfortunately, several months later Royce left CWF which would put an end to his reign as NWA North American Champion when he was stripped of the belt. However, Royce still considers it a huge honor “to share the history of that belt with guys like Jeff Jarrett, Kevin Von Erich, Greg Valentine, to name a few.”

Royce moved on to work for Premier Championship Wrestling which in 2003 suddenly had its booker quit, replaced by current promoter Andrew Shallcross. At the time, PCW ticket sales were down and the company had lost some of its talent, so Shallcross decided to go in a different direction “and Robby Royce was a big part of that. We immediately put Royce with a young Kenny Omega in a Best of Five series which defined the ‘new’ PCW as an athletic and work-rate heavy promotion,” recalled Shallcross. “As much as Eddie Guerrero had put PCW on the map when we launched in 2002, Royce versus Omega put us back on the map in 2003. I’ll always remember the first Royce versus Corino match in PCW from 2005. It was an exceptional match that had everything from hardcore spots to great technical work to athleticism and was a bloodbath too. Royce and Steve brought out the best in each other and their series of matches became a multi-year program in PCW and perhaps the first true multi-year angle in the local industry.” 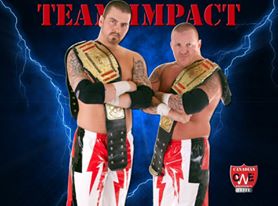 Yet, lest anyone think that Royce was slowing down over the last couple of years, nothing could be further from the truth. For almost all of 2013 and a portion of 2014, Royce was CWE’s Heavyweight Champion. “The company was going through a lot of changes at the time with television now in the picture and it was important to have someone established and experienced carrying the championship under high pressure situations,” said Warren. “There are very few like Royce with that experience. Robby Royce for many, many years has been the measuring stick of Winnipeg wrestling.”

For Royce, his time as the CWE Heavyweight Champion was a huge highlight in his career because “the company was running at an all-time high, just securing TV, and running in front of 400 people almost every show. I took a lot of pride in being a locker room leader and always busted my @$%*. Some of my favourite matches were against Tommy Dreamer, Anderson Tyson Moore, Marius, Rob Stardom, Darren Dalton, just to name a few.”

“That never detoured him and he used that as motivation to work that much harder than everyone else. It didn’t matter if it was one of our big super cards or a small town spot show he was always wanting to work with the best talent and go full tilt each and every night. With him being so passionate about what he loves every night was WrestleMania to Robby Royce and he busted his @$%* accordingly.”

To Shallcross, Royce was very much ahead of his time and the “high impact, athletic, crisp, technically proficient style he was working for years paved the way for the super athletic workers that followed and made that style the norm in the local industry. Royce made talent a requirement to being a top guy. Robby Royce was an important part of the history of PCW and I truly regret he retired before our fans had the chance to see ‘one more match’.”

For Royce, when he reflects on his career he sees it as a “helluva ride” with numerous great memories. There was “wrestling my all time idol Davey Boy Smith in his final match before he passed away,” his tag team run with Anderson Tyson Moore as Team Impact, competing in the first ever PCW Premier Cup, and working with names such as Rhyno, Roderick Strong, Chris Sabin, Kevin Steen, Darren Dalton, AJ Sanchez, Danny Duggan, Rex Roberts, Mentallo, Bobby Jay, Moses Luke, and Blake Broadway.

“As far as any future plans, I don’t really have any right now. I still think its too early for me to even consider doing anything even remotely wrestling related, but only time will tell.”