She came. She saw. She might even conquer. Chelsea Green, a B.C. native and student of Canadian wrestling icon Lance Storm, has joined the cast of hopeless dolts that is Tough Enough.

Four weeks into the series, Chelsea has taken the place of Dianna, who quit last week for personal reasons.

”I am Chelsea Green and I am coming in here to win,” she said stepping into the Barracks for the first time and rearranging the furniture to better suit her sleeping arrangements. 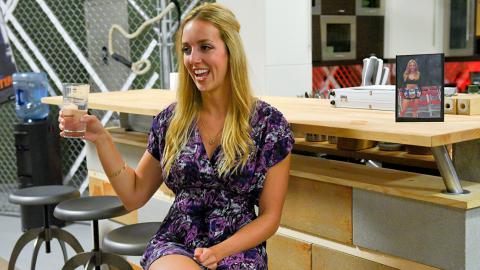 ”Wait until they get a load of me,” she cackled as reclined in the front room.

”If there is anyone who should be here, it is me. I deserve this,” Chelsea told the others when they arrived back home. Chelsea would go on the win the scoop and slam challenge.

”I have been training my ass off for the last two years to show I have what it takes to be in the WWE,” she said.

Who definitely doesn’t have what it takes is the inept Sara Lee who continues to fail to every single challenge presented to her yet the WWE Universe keeps her voting for her to stay. Sara’s pro wrestling shortcomings grew even more this week. She cannot cut a convincing promo. She cannot slam or be slammed effectively.

Losing to ZZ at the promo duel challenge, Sara got an ear full from Lionheart.

”I’m sorry you feel that way but I am still here until they say otherwise,” she replied smiling. 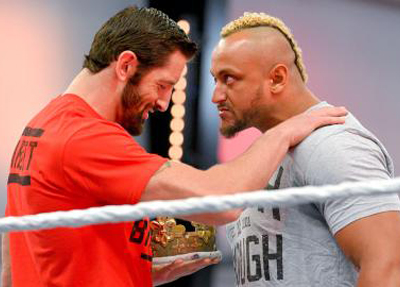 ”Well, I say I should be here, I have passion,” Sara stuttered.

”Prove that you do because I have been doing this a long time,” said Jericho.

”Why are you laughing,” Jericho asked.

”Because I find you funny,” she said.

Jericho told her to stop laughing and stop being so nice. 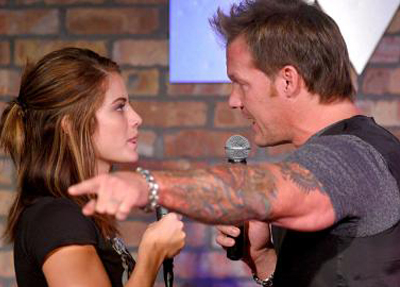 During the scoop and slam in-ring challenge, coach Billy Gunn became incredibly frustrated with Sara’s incompetence which bordered on being unsafe with the others she was working with.

”How many times do you think we need to tell you before you get it? She almost dumped you on your head. I don’t know how much more that I have to stress that you are putting your lives in my hands. You put your life in her hands and you hope she takes care of you. So, of this isn’t for you, let me know,” yelled Gunn.

Despite all of this it was Gabi Castrovinci, the Brazilian born professional athlete, who was sent packing despite being equally clueless but showing far more promise. 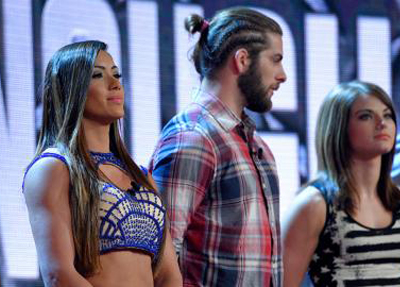 To Gabi, Tough Enough was just a stepping stone to bigger and better things.

”You are glad that you are leaving the show,” asked a snarky Young who continued her awkward, cringe-worthy bootee interviews.

”I am actually, to be honest with you because I am not here to pick fights and that kinda stuff. I am here to learn how to wrestle,” answered Gabi as Young made some odd and bewildered looks at the audience.

Speaking of picking fights, some of the contestants continued to get physical with one another this week. On Big Brother, HouseGuests have been removed from the series for physical violence of one form or another. On Survivor, contestants have been threatened with disqualification for taking things too far. On Tough Enough, it seems physical intimidation and physical aggression is welcome. This is a strange approach from an organization who prides itself on the commendable work they’ve done to stop bullying. 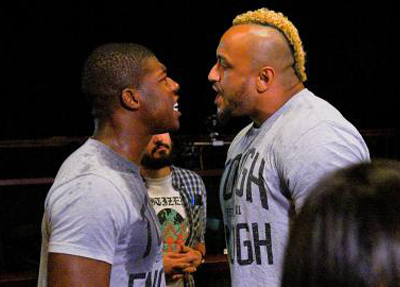 At the conclusion of the promo duel challenge, Patrick had a verbal showdown with Tanner and Mada. The situation turned physical very quickly.

”You are the sidekicks so how about you step back there,” said Patrick.

”I ain’t no sidekick you punk ass,” said Tanner throwing a glass of water in Patrick’s face.

Patrick returned the favour as Mada and ZZ tried to separate the two. Patrick grabbed a glass and threw water at Tanner.

”Take your ass back to the practice squad for The Packers,” yelled Patrick.

”Take your bitch ass home and get your milk money from your mamma,” replied Tanner.

”I may not be as big as you but I will outwork you every time I step into a ring,” said Patrick.

”You will never be better than me,” Mada fired back and stepping up to Patrick. “Come see a monster. I am a monster boy and nobody can mess with me. You are just a little kid.”

Mada shoved ZZ back, who was trying to play peacemaker again, into Patrick.

Mada and Patrick got into each other’s faces as they continued the trash talk.

”Ultimate Warrior is gone. Hulk Hogan is gone. This is about the small guy outworking the big guy. All you can do is lifts. You cannot touch me,” said Patrick.

Tanner then grabbed Patrick by the throat and pushed him backwards. Before things were finally broken up.