A history lesson on Tough Enough

If you are going to audition for the WWE, you should know something about the history of professional wrestling. Not according to Alexander Frekey. He didn’t think he needed to do his homework and for that Tough Enough viewers sent him packing over invisible woman Sara Lee (Sara who?) and Dianna, who should never have been facing the public vote, to begin with. With Dianna finishing well in the competitions and at the centre of so much drama, we are not sure what judge Hulk Hogan was thinking nominating her in the first place or if he was even thinking at all.

The issue of first-hand knowledge erupted early on with Alex and Patrick having a public debate on the subject in front of everyone.

”In order to start a new age, you need to know the history first that way you don’t repeat it,” argued Patrick.

“You came here to be a WWE superstar. You don’t go to the NFL and not know who Ray Lewis is. If you really want something, you educate yourself about it,” Patrick continued.

During the judge’s questioning, Hogan ripped Alex for not placing a priority on wrestling’s history.

In Week Two, it was the women who dominated the drama with two factions coming together. Dianna and her former rival Gabi against…pretty much everyone else. The two outsiders buried the hatchet once they discovered they shared a common bond: their dislike for the other women, especially Daria and Amanda. 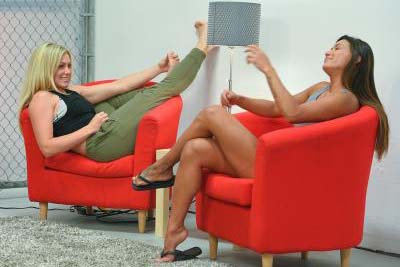 ”You know I said last week everyone didn’t like you? Well, apparently, everyone doesn’t like me either so I think it is going to be me and you against this entire household,” Dianna told Gabi.

Still, a tad upset at Dianna for her previous comments, Gabi approached the situation as keeping her “enemies closer.”

Things have become so bitter between the foursome that Daria gave Dianna a new nickname.

”Princess Dianna, that is your name from now on,” laughed Daria.

”You have called me that five times today. Just shut up,” said an irritated Dianna.

”Because that’s your nickname,” sniped Daria.

”That isn’t my nickname,” replied Dianna.

”It is called mutual respect. Have some respect,” answered Dianna.

”If I was disrespecting you, you would know it,” bumbled Daria.

”Whatever. I am just sick of you calling me Princess Dianna. Stop it,” said Dianna sternly.

With that, Dianna switched beds with ZZ and moved out of the women’s bedroom.

During the swim, Alex and Mada did not finish and Daria dropped her belt.

”Why is it not around your waist? So, if you win this and I put a championship belt on you, know you will carry it every single day but now you don’t have one and it is at the bottom of the lake somewhere, right? Everyone found a way to carry their stuff, except for you,” barked coach Billy Gunn reprimanding Daria.

”Now, I wouldn’t do that. I broke my neck in 2002 and I wouldn’t take a bump off that top rope now,” coach Lita warned the competitors but nobody sat out. Patrick and Giorgia were picked by coaches Booker and Lita as the best of the bunch. 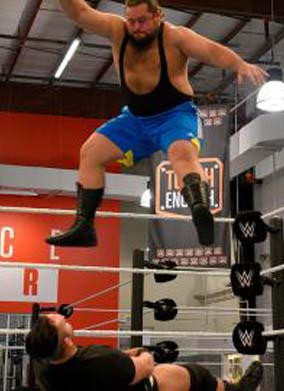