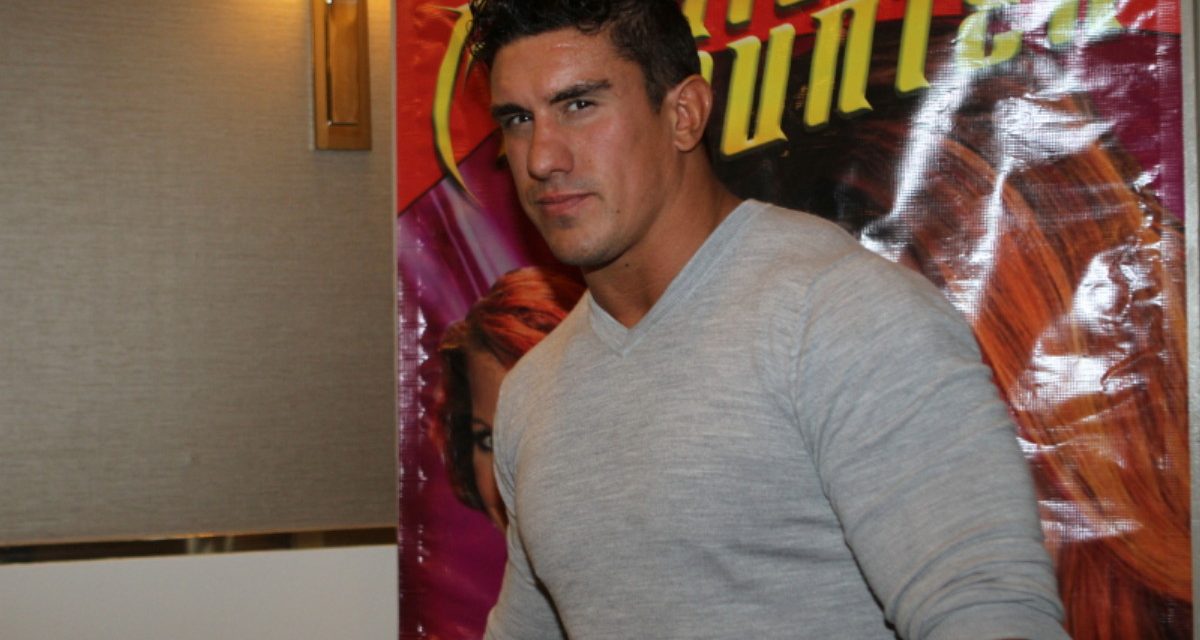 While TNA star Ethan Carter III may not be familiar with Canada’s political landscape, he does know that our wrestling fans are some of the best in the world. Which is why he’s confident that his political campaign to become the next TNA Heavyweight Champion will be a hit up here in the great white north.

“I don’t know if you even have hashtags in Canada, or democracy for that matter,” he joked in an exclusive interview with SLAM! Wrestling. “But #EC3ForChamp is the new lay of the land.”

The Twitter campaign is a major part of the storyline in which Carter finds himself, and which will be furthered this Friday on TNA’s weekly Impact show, which Canadian fans can watch live on The Fight Network. 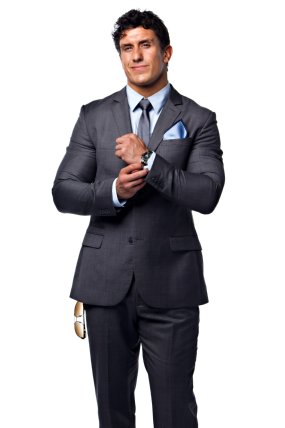 Ethan Carter III is on the campaign trail.

“Despite being undefeated for my entire career,” he explained in character, “I’ve yet to receive a title shot. So I’ve studied the best in professional wrestling history, and what is it that they all had in common that got them to the top and kept them on top? It’s that they played politics. So, I’m going to bring politics into wrestling, and use politics to get a title shot.”

The reference to politicking is a bit of a wink to wrestling fans who have seen how far backstage politics can impact a person’s career.

“Oh, absolutely,” he acknowledged. “I think our audiences are at a point now, and that the business is out there a little bit, that we can creatively explore that and have some fun within the industry and tell a great story.”

Carter’s rise in the TNA ranks since his arrival to the company a year and a half ago is in and of itself a great story. Having left WWE as a rather underutilized player (as Derrick Bateman, Michael Hutter spent nearly three years in the company’s developmental system), Carter was immediately put into the spotlight, debuting as TNA President Dixie Carter’s (on-screen) nephew. His first few matches pitted him against a series of jobbers; he would trumpet his wins as major accomplishments to rile up the crowd.

“People seem to voice complaints when it comes to quote-unquote enhancement matches,” he said. “But when you do them right — and I think we did — they really helped establish the character.”

From there, though, his matches became more prominent, his opponents more prestigious, his feuds more compelling, and it wasn’t long before Carter proved himself as a true main-eventer. Carter is proud that he was able to carry the ball given to him, and credits the company for giving him the chance.

“(TNA) put a lot of faith in me, and a lot of stock in me, and (I’m glad I was able) to reward them with performances they deserve for that faith. I’ve been around long enough to know when to seize an opportunity, and when this opportunity came up, I wasn’t going to let go of it for anything. I always saw myself as a guy that a company can hopefully build around that can provide entertaining and quality stuff when given a chance.”

There’s a saying that success is the best revenge, and that’s not lost on Carter either, as he looks back on those who initially had doubts about his potential.

“Coming over, there was a lot of the typical internet negativity that I was just a WWE reject. People saying that without knowing one thing about me personally, not knowing what I could do when given a chance. Those detractors are now tweeting nothing but praise for me constantly. I guess it comes with the territory, but I don’t think people realize all the underlying things that happen in this industry that put people in the positions that they are put into. I obviously came over and reinvented myself, and given an opportunity, ran with it.”

In fact, Carter’s success has also helped elevate other stars, most notably the comical Rockstar Spud. Originally, Spud was an obnoxious lackey for the Carter Family, but after several months being paired with EC3, he quickly became a character the fans embraced, despite his villainous ways.

“(Working with Spud) was some of the most fun I’ve ever had in my career,” said Carter. “It was a great relationship, something unique in wrestling. We could have done it as the entitled rich kid character having a lackey that he doesn’t like. But I thought it would add more humanity to it if we actually got along and did develop a real friendship before I reverted back to the antagonist role and threw him to the side. I think we turned out some good TV because of that relationship — we were able to make it mean something and then carried it out all the way through to an awesome conclusion.” 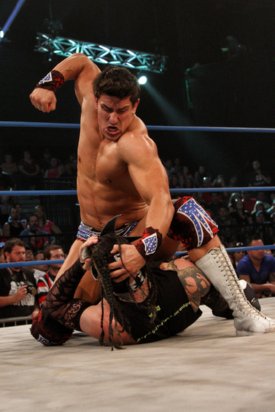 That aspect of creating more nuanced characters is something that Carter believes will be really amped up with the arrival in TNA of rocker Billy Corgan. The Smashing Pumpkins frontman recently joined the company as the Senior Producer of Creative and Talent Development. Carter predicts that, as a different kind of artist, Corgan will help the company create a new style of wrestler.

“He brings in a really unique perspective,” Carter praised. “I’m sure he can and will help us develop characters in a way that’s not so straight up black and white, but rather shades of grey.”

“Like the comedy character that’s automatically a comedy guy only,” he continued. “I think Billy can come in and see the entertainment value in someone that can be funny, but also can show an arc of their personal stories of why they use humour, like maybe humour is kind of a crutch because deep down they don’t believe in themselves. I’m looking forward to seeing what (he will bring)”.

For now, though, Carter’s character is solidly engaged in the campaign to be champion. And not just on TV, but also online through social media and online campaign videos.

“Social media is definitely something we try to focus on,” Carter noted. “And when you don’t have eight hours of TV a week, you have to use whatever means you have at your disposal to establish the characters you have and their motives.”

Though, ultimately, it’s all designed to put eyes on the product on TV. Including this Friday, where Carter will presumably continue his war of words with Ken Anderson, who interrupted his campaign speech on last week’s episode.

“He’s served me quite the indignity,” Carter said about his on-screen rival, “not only interrupting my campaign speech, but also by punching me in the face repeatedly — unprovoked I might add. This Friday, on the Hardcore Justice, I will meet Ken Anderson in the ring, and I will have a civil discussion with him about the future.”

A future in which Carter plans on being world champion for a long, long time.

Whether or not that comes to pass, Carter urges all Canadian fans to tune in to see his character’s journey. For now, it will need to be on The Fight Network — though he’s hopeful that soon it will be live and in person.

“I know we’re scheduled to do some live events in the future, and I think we would be remiss if we didn’t go up there. You guys are some of the best wrestling fans in the world. You hear that a lot because everyone says it. And that’s because it’s true.”

TNA Impact: Hardcore Justice airs this Friday on The Fight Network at 9pm EST. Matches include: The Hardy Boys and Davey Richards against the Revolution in a street fight; an X-Division title match featuring challengers Tiger Uno, Kenny King, and champion Rockstar Spud; Brooke vs. Taryn for the Knockouts title; and Low-Ki vs. Drew Galloway in a Pipe-on-a-Pole match.