Ryback hungry for action — and baseball

Ryback usually lets his physique and his strength speak for him, but when you talk to him about his career and his thoughts on the wrestling business, he’s quite the chatterbox. In our short conversation, we covered everything from why he likes the crowd at Raw after WrestleMania to baseball. 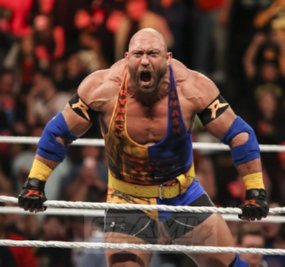 He is an interesting character. Known for being a strong guy who shellshocked so many WWE Superstars in recent years, one might be surprised to learn that not only can Ryback do a fallaway slam, he can also hit a grand slam.

Baseball was always part of Ryback’s childhood, back when he was Ryan Reeves.

One of his uncles is Randy St. Claire, a retired Major League Baseball pitcher, who played for five teams, including the Montreal Expos and Toronto Blue Jays, before moving into coaching. Another uncle played minor league baseball and his grandfather, Ebba St. Claire, was a catcher for the Boston/Milwaukee Braves and the New York Giants in the 1950s.

As a kid, Ryback was no stranger to the big baseball stadiums, including the Big O, Montreal’s Olympic Stadium.

“I remember being a kid and my mom is from Whitehall, New York, and I remember a couple of times coming down to Montreal for baseball games. I was really young, but I still remember those trips,” he told SLAM! Wrestling.

“When my uncle Randy was on the Triple A circuit with the Las Vegas team as a coach, he would bring me to the stadium down there and pitch to me. I get to take batting practice and I thought it was such a cool experience to be a little leaguer and to step foot on a pro field. It was an incredible experience. With the Cincinnati Reds, my uncle used to roommate with Rob Dibble,” he added, obviously proud of what Uncle Randy accomplished.

Following in his family’s footsteps, he started playing baseball at a young age and played high school and college baseball as well. But a broken leg put a stop to his baseball career. As with many kids born in the 1980s, he was also a pro wrestling fan growing up, although his love for it was much different than his love for baseball. 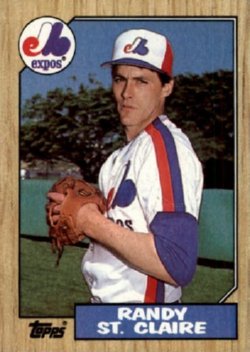 “Baseball was one of those things that was introduced to me when I was four years old, even maybe sooner. It was never forced upon me but it was one of the first skills that I learned, athletic-wise, sports-wise and it kind of just stuck with me,” Ryback explained.

“As I got older, I just loved WWE, I loved wrestling, but to me that was always a dream. Baseball was something that was really realistic to me because it was something I was doing at the time. With wrestling, it was really hard being a kid and say, ‘Oh I’m gonna be a WWE wrestler someday,’ because I wouldn’t even know where to start at that time, what I would have to do to go through with all that. Baseball was my first experience with athleticism and I loved it growing up.”

Since you can’t “play” pro wrestling at university level, he entered a fitness management program at University of Nevada Las Vegas. But his passion for professional wrestling was never too far away and as soon as he got a chance to live his dream, he took it. That occasion came in 2004 when he applied for WWE Tough Enough.

“Tough Enough is essentially my first experience into the wrestling world. In junior high school, I was baseball/football guy and there was … a brief period between baseball and football where there was a little bit of an off-season and I would go train with the amateur wrestlers and do all the conditioning, but it was strictly for hobby and just to keep active conditioning. So Tough Enough is my first real true wrestling experience from a WWE standpoint,” shared the 33-years old Superstar.

Although he didn’t win the contest, he was one of the eight finalists on SmackDown! and was the last to be voted off. Nevertheless, WWE saw something in him and signed him to a developmental contract. He was sent to then-affiliated territory Deep South Wrestling in 2005 and then to Ohio Valley Wrestling, before going to Florida Championship Wrestling and finally NXT.

At that time, Florida was another level of developmental, the pre-Performance Centre era if you will. For Ryback, having a better developmental system and better young prospects ready to step in is nothing but a positive change.

“It constantly evolves. We are very fortunate to have that developmental system now, with guys from the past, legends of the WWE. Triple H has gone out and brought some of the best wrestlers in the world to NXT and when you’re bringing great wrestlers like that it does nothing but step-up the competition from everyone around it. It’s a very exciting period for WWE right now because what it does is when these guys will come to the main roster, it makes everybody work harder. When you have a competitive environment like that, everybody wins.”

Since the promo he did on Raw last December, where he talked about his real life, the injuries he suffered, the problems he had, the Ryback character seems to have rejuvenated. He feels more comfortable in the ring and talking to the crowd. A very good example of that is the way he reacted when the crowd went nuts during his match on Raw after WrestleMania, March 30th, in San Jose.

The post-Mania crowd, made up of so many international and hardcore fans, has been a real wildcard for a few years now, and is not necessarily the cup of tea of everyone. Some love it, some hate it, but Ryback found an unusual way to interact with them, suggesting things to chant, even asking them to do the wave. 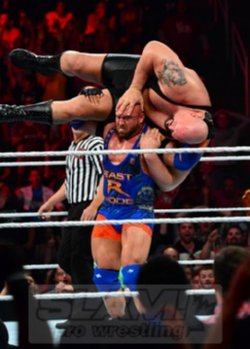 Ryback hits a home run, lifting The Big Show, at the post-Mania Raw in San Jose. Photo by Mike Mastrandrea

“I’ve learned from John Cena early on that as long as the crowd is making noise, let them make noise. The whole point of this is that this is entertainment, this is WWE, you pay for a ticket, you come out, you want to have a good time. Ultimately, we would like to be the ones that dictate the responses, but sometimes, that’s not the case. And if we have a crowd like that that just want to have fun, who wants to do the wave, who wants to chant, let them chant whatever they want to chant,” he explained.

“In my head we’re stupid to try. The best thing to do is to have fun and let go and just soak up the moment and just live the moment. I’m at a point in my career where I’m having so much fun. I don’t want to say being in the ring is getting easy, but everything is like a baseball player who sees the ball really slow and who’s on a hot streak. I feel like my mind is working very efficiently in the ring right now and I’m very confident. The crowd was having the time of their life screaming and so was I. I know sometimes, guys get a little upset when they’re in there wrestling and doing moves and the fans chant whatever they want to chant. Well, my thing is just slow down, take it all in, and quit doing so many moves and just listen to the crowd — because you can get control over them again if you know what you’re doing. I love people having fun here. This is why we all do this for. It was a special night after WrestleMania. I’m not saying that’s what we want all the time, but once or twice a year, it’s a really fun time.”

That confidence comes through in Ryback’s storytelling with the media. WWE is hitting Canada this weekend and into next week, with shows out east in Halifax, NS, and Saint John, NB, and in Ontario in Hamilton and Ottawa, before meeting up for Raw in Montreal on Monday, and Smackdown in Ottawa on Tuesday.

There’s a French-speaking fanbase in many of those cities. How is his French?

“I tried to say ‘Feed me more’ in French in France recently and the crowd was dead silent. In reality, what I was telling them was, ‘Yes. Maybe. Give me more!’ So I think I’m going to stick with a language I know!

Ryback, and the rest of the WWE Superstars, will be in Montreal next Monday, May 4th, at the Bell Centre, for WWE Monday Night Raw. You can still buy tickets through Evenko.ca or WWE.com.

Pat Laprade really enjoyed his talk with Ryback and not only remembers Randy St. Claire but he saw him play with the Montreal Expos at the Olympic Stadium.