I have known Aaron Weiss, the man behind Toronto’s inaugural Indy Sportz Film Fest, since the late 1980s. We’ve had our ups and downs — Aaron would be the first to admit that he is a passionate person — but through it all I kept the utmost respect for his determined commitment to whatever he was working on at that moment.

At the present time, that is this weekend’s Indy Sportz Film Fest, which runs its Fan Experience on Friday April 24th at Toronto’s Alexandra Park Community Centre (4:00 pm to 8:00 pm), and screens its films on Saturday, April 25th at Jackman Hall Theatre, Art Gallery of Ontario.

It’s been an all-consuming project for him. 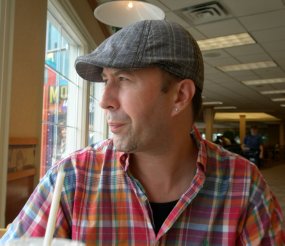 Early on, he asked me to be a part of it. I got to review some of the films that were submitted, my son and I will be a part of the Fan Experience this Friday, and we have a promotional deal of sorts with SLAM! Wrestling, advertising the festival.

The Indy Sportz Film Fest morphed a bit, including a change of title, into this: “The mission of the festival is to continue the rich tradition of film as a mechanism for entertaining, educating and engaging audiences about pertinent social issues by using the theme of sports, bringing together lovers of film and sports.”

There are some neat films for sure, including a fascinating one that I screened about young kids horse racing on the Mongolian steppes. The George Chuvalo documentary is long overdue, and I am looking forward to watching The Trailblazer: The Mychal Thompson Story about the Bahamian basketball legend that I watched in his NBA heyday.

But Aaron is probably more proud of the youth showcase that he set up, where students from the film program at Ryerson University mentor youngsters interested in making films. To that end, I often heard of Aaron’s attempts to find funding and sponsors, and sometimes there were positive experiences, but often not.

Though I could have understood if he had thrown in the towel, it never stopped his drive. 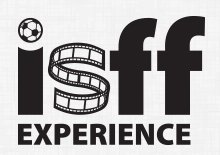 Aaron is the kind of guy who is incredibly hard-working and somewhat all-encompassing in his attentiveness. That would include his wife, Sabita, or his quirky collection of old-school super hero and TV show memorabilia.

We first met in the late 1980s when he was a teenage wrestling promoter with big dreams. I can’t say were friends at that point, as we were on different life paths. I was producing my Canadian Wrestling Report newsletter and then went to journalism school for newspaper. After getting his own degree from Ryerson (in Radio and Television Arts, two years before I got my degree), Aaron threw himself into well, just about everything to do with broadcasting, particularly as a producer.

For the longest time, his passion was being in charge of the second-biggest collection of wrestling video outside of the WWE’s vault. He and I often consulted on what was out there and how he could go about finding the right people to license or sell him the footage. We made one memorable trip together to Montreal for an IWS show where Sid Vicious made a surprise appearance. 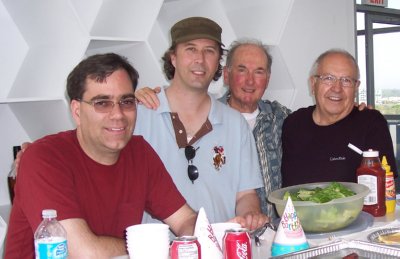 Through that desire to find footage, he befriended Roger Baker, who is exhibiting a series of his boxing and wrestling photos at the Fan Experience. Aaron often joked about his “posse” that included Baker and Rolly Duguay, both of whom are comfortably into their senior years.

There were plenty of times that Aaron threw up his arms in frustration, sometimes over me and my own thoughts on how something should be done. He was pissed off for months after one of our reviews of a wrestling compilation DVD he put together.

But where some might have seen that as anger, in retrospect it’s another example of Aaron’s passion and his desire to do the best he can.

The Indy Sportz Film Fest is just the latest passion for Aaron Weiss, and it deserves our support.

I hope to see you out there!