It’s pretty hard for most people to identify their favourite wrestling match of all time. But in case they need help, there’s a good chance that they’ll find it in Television Producer Aaron Weiss’ extensive video library.

Most adolescents collect baseball cards. But for Weiss, it was all wrestling footage.

“When I started out, it was more of a hobby. I started very young,” Weiss said. “Once I did the Major League Wrestling show, I think that’s when I realized that I really wanted to go deeper into this.” 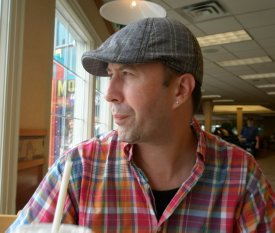 Weiss has been a wrestling fan since the early ’80s. Attending his first live event was an unusual experience, but it was all it took to get him hooked.

“My first exposure was a Dave McKigney event. It was at the Scarborough Arena in probably the early 1980s,” Weiss said. “The Sheik was on the card, as well as the bear. Being within such close proximity to a real bear, and at the time probably being no more than eight or nine years old, just freaked me out. And it was kind of my first introduction to live wrestling, and it left quite a mark on me. Later on, I was able to acquire some of the rights to Dave McKigney events.”

By the time he was 13, Weiss became one of the youngest television producers in the world. In 1986, he started working for Newton Cable Television in his hometown of Toronto, where he would write, produce and host a live weekly wrestling program. And sooner rather than later, everyone wanted to work with him.

“I got the rights to WWF Home Video through Coliseum Video,” Weiss said. “They gave me the rights to air some of the matches on that show.”

Over the next decade or so, Weiss basically kept doing what he was doing and was very successful at it. So much so, that he even started creating projects of his own. He’s collected footage for every show that he’s worked on, and has been doing it for almost 30 years. In 2002, Weiss created and produced a show called Pro Wrestling Superstars (PWS), which he considers the pride and joy of his career.

“PWS was probably the most significant; just putting together that series of episodes and airing on all four pay-per-view networks in Canada. That started in 2001 and was broadcast in 2002,” Weiss said. “At that juncture, ECW and WCW were basically done. So there was no alternative to WWE. In no way am I trying to suggest that I tried to forge forward and create some type of challenge, but I wanted to provide a very cheap alternative, using guys from the independent scene. I really wanted to focus on independent and classic matches. In September 2005, I co-promoted an event in New York. We were actually going to turn PWS into a full-fledged wrestling company. That taping was to see if I had the stomach to pursue it. Just airing the footage itself was probably one of the most important things that I’ve done in wrestling. Tracking down that footage that basically disappeared from the landscape, I think was pretty significant.”

Weiss’ portfolio was overflowing at this point. But that didn’t stop him from trying to expand it even further. In 2008, he took some of his clips to The Fight Network (now Fight Network) in Toronto and met with Fight Network General Manager Anthony Cicione, to pitch some ideas. 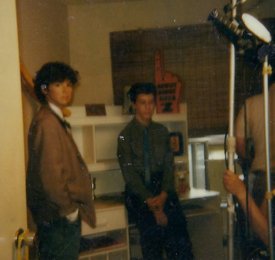 A young Aaron Weiss, centre, waits for his time on a CBC interview in 1987.

“I just presented my library as a whole, and just wanted to see if there were any projects that we could perhaps work together on. One of the ideas I pitched him (Cicione) was kind of a count-down, because I had a bevy of footage to pick from. He was very into the idea, but he wanted to take it more to the extreme. That’s how we came together to produce Unstable,” Weiss said. “I was involved with the editing, but wasn’t really the editor; I was producer, writer and host of it. I just wanted to see if we could put all of these clips in a way that was easy to digest. Anthony thought that it might be advantageous to do something a little bit edgier. So we used that approach and they ended up airing it. But now I own the rights to it.”

So after all these years, Weiss has elected to step away from the business that he loves and pursue a new career in the field of education.

In a business like professional wrestling, it’s understood that not everybody is going to be able to get along with everybody else; it’s just the way life works. Unfortunately, Weiss found out the hard way, and says that an altercation with Steve Corino at the PWS event in New York, gave him one final nudge out the door. The two had a confrontation, which Weiss called “an ugly situation” that caused him to reconsider his involvement in wrestling. “And I didn’t even stay for the whole event. I actually walked out after the match was done. And at that point, I had decided that I was not engaging in wrestling on any long-term basis.” 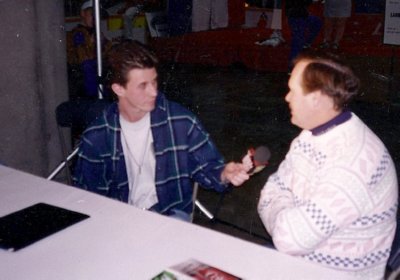 Aaron Weiss conducts an interview with Ernie Whitt of the Toronto Blue Jays.

So the question remains: What is to happen with all that footage?

“I was negotiating with WWE to sell my footage. I did have a chat with their head of content. They were great guys. There was some very strong interest, but it just wasn’t going to work. They’re a very well-oiled machine, but I just wasn’t willing to wait six months to come to any kind of arrangement,” Weiss said. “Scott D’Amore purchased my library. He’s the one who now controls the greatest wrestling footage outside of WWE. There’s NWA footage, AWA footage, Superstars of Wrestling, Grand Prix. He has stuff that people don’t even know exists. So he basically bought my whole library. There were some people out there who were looking at the International Wrestling footage and trying to use it. I think it’s important to include that when I held the footage, I made sure that I had all the legal documents to support my ownership. I would really caution anyone who ever thought that I was a ball-breaker when it came to the rights to my footage, Scott D’Amore is a lot tougher. So this footage is going to be in very good hands.”

Weiss starts grad school this week and hopes to get his new and exciting career off to a great start.

“I’m done with wrestling. I have a small amount of footage that I’ve kept,” Weiss said. “For 25 years, I was pretty much focused on the entertainment business; principally pro wrestling. It was the focus of my efforts. But I’ve always had this secret passion to be a professor.”