Tyler Colton has progressed from front row to front line

When you hear the City of Winnipeg mentioned in wrestling circles you might think back to the AWA regularly stopping in town. Other folks might remember wrestlers who grew up in Manitoba or spent time there such as Chris Jericho, Roddy Piper, Kenny Omega and Steve Corino. Soon, people might add Tyler Colton to that list of wrestling greats.

At 24 years old, Tyler Colton has passion, drive and desire for professional wrestling that one needs to make a mark for himself not just in Manitoba, but wherever he wants to go. His awakening to the mat game started just after WWE’s “Attitude Era” when he stumbled across Monday Night Raw on his television. 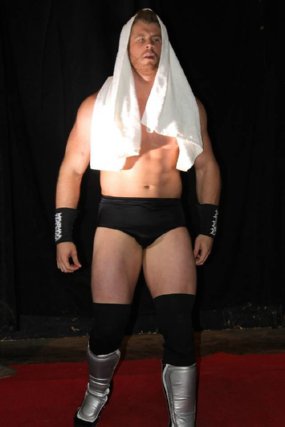 “I was watching RAW, but I had to do it quietly as I wasn’t allowed to watch wrestling back then,” recalled Colton. “I really bought into the brand loyalty back then as I only wanted to watch RAW and not Smackdown.”

Wrestling made an impression on the youngster and he couldn’t get enough of the sport. “The first thing that grabbed my attention was guys like Kane, the really big dudes,” said Colton. “It is funny because I don’t gravitate towards that style at all anymore; the really big dudes who just beat the crap out of each other, the theatrics, the lights, the music and everything.”

He knew that he wanted to have more of the pageantry and athleticism of wrestling in his life, but he didn’t know that independent wrestling shows were being staged in his home town. A chance meeting with a future member of Bullet Club changed that forever. “My wrestling adventure started by attending local shows in Winnipeg,” said Colton. “The first one I regularly attended was Canadian Wrestling Elite, which is the one I primarily work for now. I wasn’t aware of indy wrestling and then I met Kenny Omega at a jiu-jitsu class and he said to come on down and see the show.”

For a young fan to come to a show is exciting enough, but the first main event he ever saw live featured a future WWE champion. “By the time I did see a show at CWE it was Mentallo, who trained me, verses Bryan Danielson (Daniel Bryan),” Colton said with excitement. “It blew me away what I was watching!”

After attending shows for a long time, Colton decided he wanted to join the ranks of his heroes and become a wrestler. In 2010 he got his wish. “I started bugging Danny Duggan, who runs the promotion, about how I could get involved and trained,” said Colton. “When Danny announced that CWE was opening an academy and Mentallo would be the trainer there, I was beyond thrilled! I loved Mentallo’s work. I jumped right away at the opportunity and was the first person to sign up and, so far, the only person to graduate.”

Colton worked hard under the watchful eye of Mentallo to develop his skills. When his trainer thought he was ready, Colton was booked for his first match. “My first match was against ‘Pimp Daddy’ Rick Matthews in Neepawa, Manitoba,” recalled Colton. “He hit the turnbuckle and split his head wide open. In my first match I had a hard-away, and I had no idea what to do with it, I panicked. It was a bad, bad cut.” 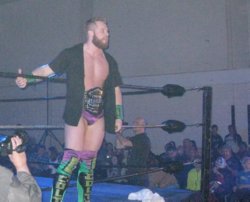 Looking back on his first match Colton realized he had a lot of work to do and he hit the road with enthusiasm. “It is night and day. If I watched it now, it (the match) would make me sick,” said Colton. “The psychology wasn’t there. I was taught all the moves and I went out and started wrestling other people and getting experience from that. I travelled to Regina and Edmonton that first year and got some road experience too.”

Wrestling is a tough business and Colton realized he needed a plan B just in case his grappling aspirations didn’t work out. He applied himself to his classes at the University of Manitoba and after graduation he continued his education by studying to become a personal trainer. “I work in a gym as a personal trainer,” said Colton. “The guys I work for at the gym are really supportive towards the wrestling. They are fans and are excited that someone there is doing something that is out of the ordinary. Wrestling is not forever. When it ends I will work as a personal trainer and just see where it goes from there.”

In order to further his dreams, Colton had to start looking for opportunities elsewhere. “I went to Texas last year for Anarchy Championship Wrestling, NWA Branded Outlaw Wrestling, which at that time was bringing in Japanese guys like Jushin ‘Thunder’ Liger, Hiroshi Tenzan and Gedo,” said Colton. “I also wrestled for Texas Wrestling Academy, which is the school that brought out Brian Danielson, Paul London, Brian Kendrick, those guys.”

Colton continued to expand his wrestling schema by traveling to more new areas. “I’ve been going to North Dakota and Minneapolis for Steel Domain Wrestling,” said Colton. “It has been on my agenda this year to branch out even more, to the mid-west more and the goal is to get out of Winnipeg. The Winnipeg fans are great, but there are not a lot of talent scouts here or guys who can see you and give you that rub from the big promotions.” 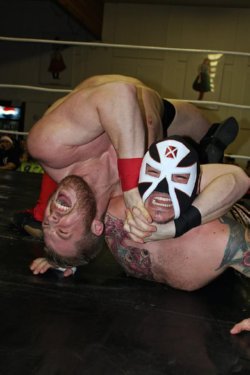 It was in Texas that Colton realized that he needed to up his game if he wanted to succeed in the squared circle. “When I went to Texas, it was a real splash of cold water because I looked around Winnipeg and I am one of the taller and heavier guys,” said Colton. “When I went down there, I went from big fish in a small pond, to just a small drop in the ocean. There were some big guys, talented guys and young, hungry dudes. I realized that there are lots of guys like me who want the same thing that I want. So, if I don’t push myself these guys are going to.”

His education on the indy circuit is fueled by his wrestling dream. “My ultimate goal is to make a comfortable living in wrestling wherever that is, that is what I would love to do,” said Colton.

Wherever he goes he has found that he has had to become a wrestling chameleon in order for his style to fit in and for him to move up. “I’ve been trying to manipulate a little bit to fit with whatever I’m doing,” said Colton. “I definitely try to keep it in a fast-paced style that Mentallo trained me in. I am trying to be have a more athletic style so when people see me they can say they didn’t know that is what pro wrestling was and that it was a lot more exciting and dynamic. My finisher is the Northern Lights Bomb.”

A big fan of Colton’s is CWE promoter and wrestler Danny Duggan, who had many flattering things to say about his young charge. “In a day and age of more weekend warriors than not, Tyler Colton is getting in the car each and every chance he gets,” said Duggan. “He is getting down in the trenches of independent wrestling with me, making the long, far from glamorous, drives across the continent paying his dues, earning experience, networking, and getting his name in front of as many people as possible. His drive is comparable to few very in today’s Canadian wrestling landscape.” 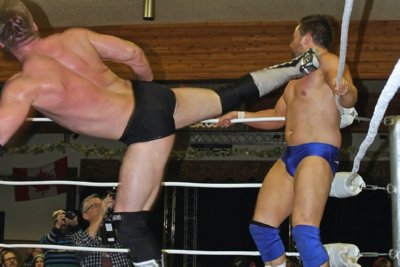 Two other Colton fans are his parents. “My family has been great,” said a serious Colton. “They do not pretend to understand my desire and passion for wrestling. My mom brings family out from out of town to see shows. They are very supportive. They come from small town backgrounds where you graduate, start working, start a family and a life and they are supportive that that is not the route I’m taking. I have nothing but appreciation for what they do.”

Over the past few years, Colton has seen his spot on the card rise and it has included sharing the ring with some of the stars of the wrestling world. “I just wrestled Scott Steiner twice,” said Colton. “We did a match in Winnipeg where I lost my TV title to him, then we did one in Morden where I won it back. It was intimidating. He is very stony. I wasn’t going to tell someone who has wrestled for 30 years and been on cards at Madison Square Gardens and the Tokyo Dome what to do. Whatever he said goes. He was a rough, rough dude. He messed me up. It was exciting and I am always happy to get opportunities like that.”

These moments with experienced veterans of the game has proved to be educational for Colton. “With Winnipeg being so isolated it was thrilling that CWE saw something in me to face him not once, but twice,” said Colton with pride. “I always get something out of working with a name wrestler. The ones that I love are the ones who come in early and do a seminar. You get a chance to really talk with them and figure out what they did to get to where they are. Paul London just spouted off all kinds of knowledge and tips and tricks. He was awesome. I would love to have more time to talk with him. Val Venis gave me a lot of information on selling and getting the most out of nothing.”

Tyler Colton has the right tools and mindset to make a mark in wrestling. Danny Duggan feels that Colton is something special. “Tyler has gone from sitting in the front row of our first ever event to main eventing our events against Scott Steiner in just a matter of years,” said Duggan. “He is a can’t miss prospect doing all the ‘right things’ to try and ensure a future in this business”

With high praise like that, perhaps we will be adding Tyler Colton’s name to the list of great Winnipeg wrestlers.